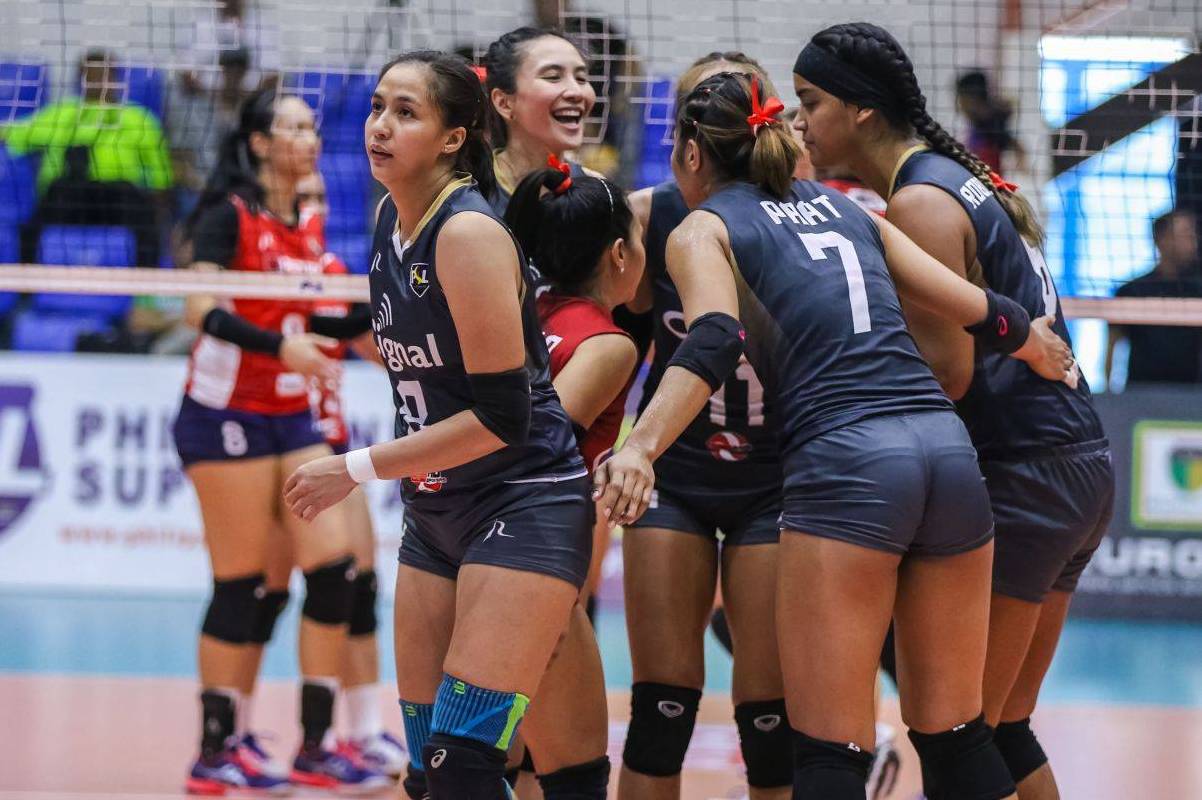 Cignal has bid farewell to the Philippine Superliga.

In a meeting between the brass of HD Spikers and the amateur league last Monday, PSL chairman Popoy Juico bared that Cignal has already cut ties with them.

And it has resulted in the eight-year-old league moving to GMA 7.

“Yesterday, we have been told with very little notice that just like with PLDT that Cignal is joining the other league. We have no other sensible reason to stay in TV5,” said Juico during Tuesday’s edition of the Philippine Sportswriters Association Forum, powered by SMART and presented by San Miguel Corp., Go For Gold, MILO, Amelie Hotel Manila, Braska Restaurant, and the Philippine Amusement and Gaming Corporation (PAGCOR).

“We have to adjust to the reality of the situation.”

The writing had been on the wall for this development after the PVL moved to Cignal TV early this month.

PLDT was the first to jump ship while PVL president Ricky Palou bared that Cignal was also doing so.

Cignal is one of the founding members of the PSL.

The HD Spikers have been in the PSL since 2013. During its stay in the PSL, Cignal has one championship (2017 Invitational), three second-place finishes, and three bronze medals.

Some of the stars of Cignal are Rachel Daquis, Alohi Robins-Hardy, Jovelyn Gonzaga, and Jheck Dionela.