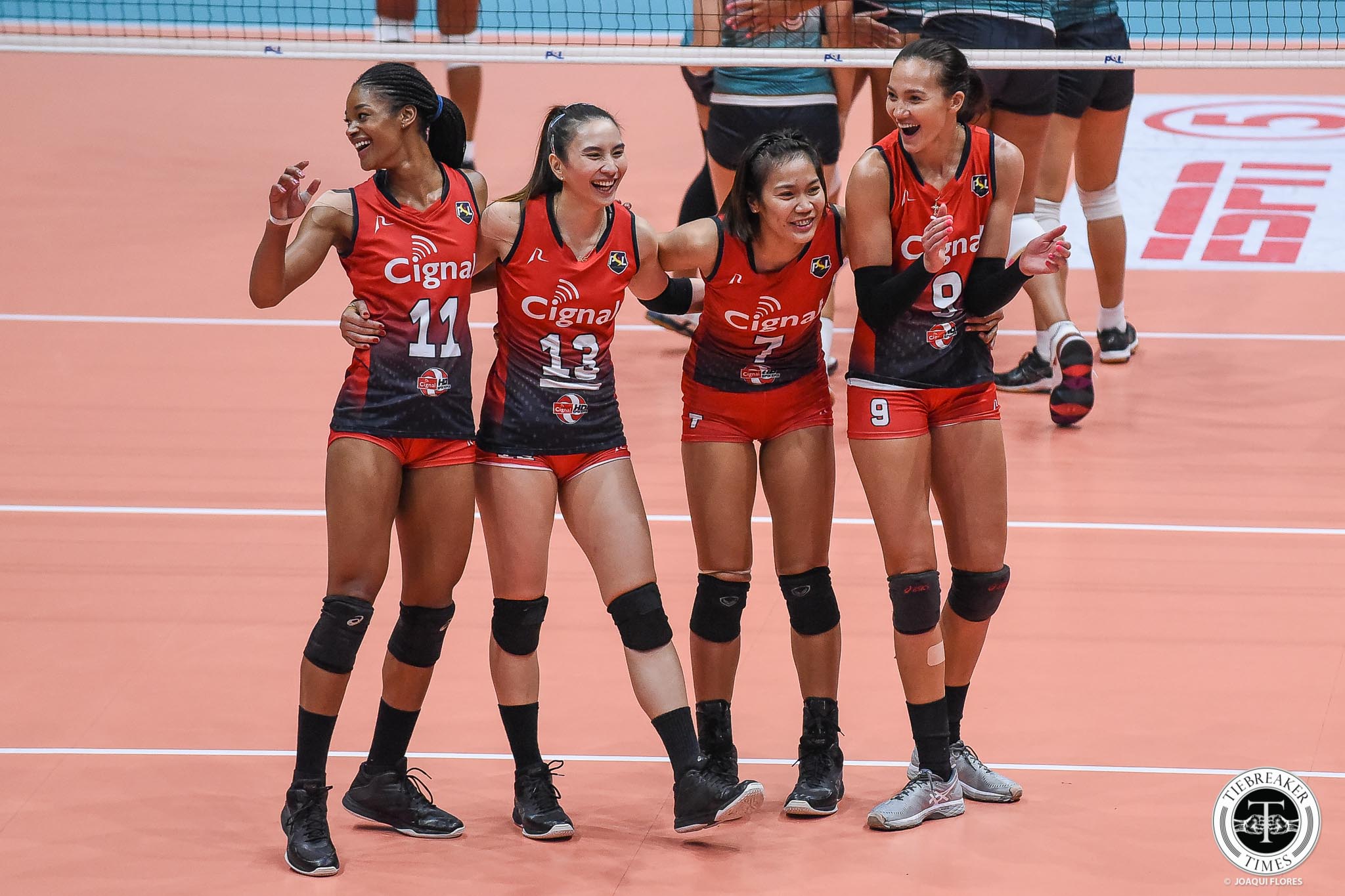 Having lost both their elimination round meetings, the Cignal HD Spikers slammed the United Volleyball Club when it mattered most, taking their 2019 Philippine Superliga Grand Prix quarterfinals outing, 25-22, 18-25, 25-21, 25-20, at the FilOil Flying V Centre.

The HD Spikers tried all their lineup configurations in a scramble to figure out UVC in their first two meetings. This time, according to head coach Edgar Barroga, the HD Spikers’ adjustment came mentally.

Cignal came out swinging and took two of the first three sets convincingly. The HD Spikers negotiated a 21-18 lead in the fourth set, after Erica Wilson and Ana Artemeva converted hits. UVC then tried a last-gasp rally, coming within one, 21-20. But Cignal’s pair of locals in Rachel Daquis and Mylene Paat shut the door on them.

Wilson finished with 25 points, while Artemeva added 18. Paat and Daquis combined for 15 points.