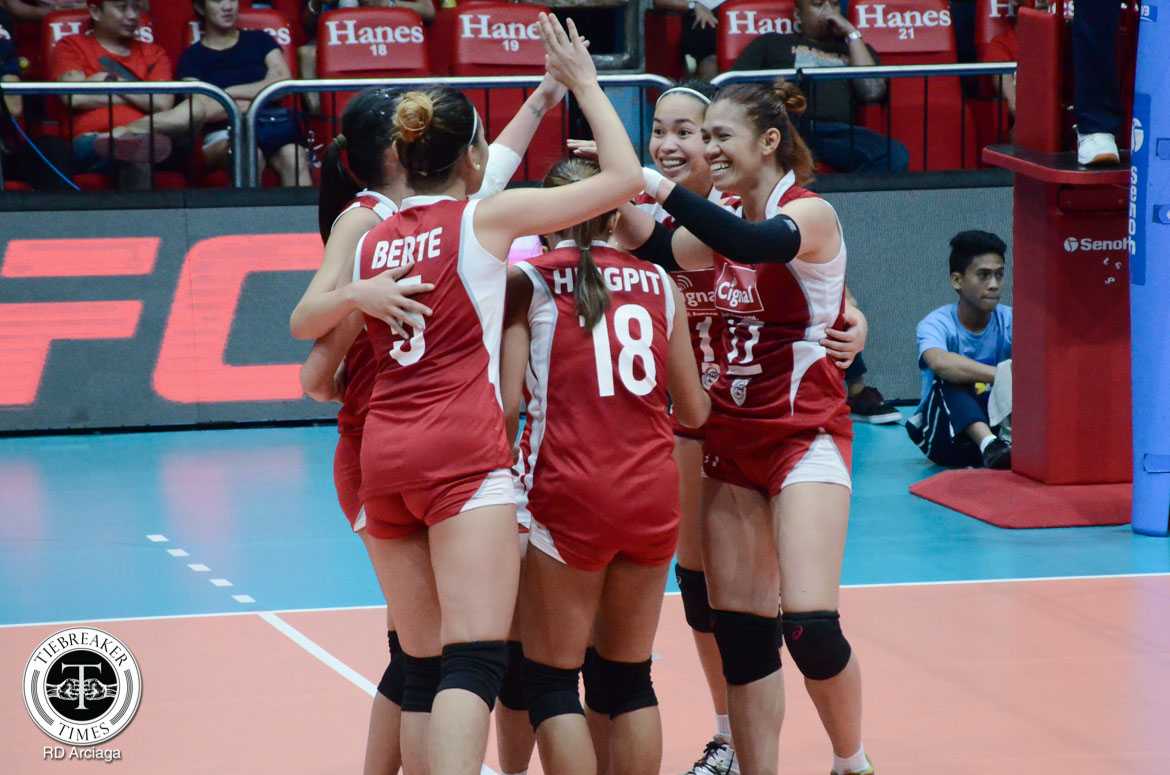 The skidding Cignal HD Spikers got their first win in five outings in the 2016 Philippine Superliga (PSL) All-Filipino Conference.

HD Spiker head coach Sammy Acaylar, however, admitted he is still not satisfied with his team’s play.

Jannine Navarro starred for Cignal with 22 points off 18 attacks, two blocks and two aces, while Cherry Vivas had 18 markers, all from kills.

Cignal held match point, 24-18, in the opening frame when the Lifesavers threatened to steal the set after two unforced errors by Jeanette Panaga and April Hingpit and an ace by Shaiya Adorador. A push shot at the middle by Vivas, however, capped the set for the HD Spikers, 25-21.

The Lifesavers were down by seven in the second set after an ace by Hingpit, 8-15, when they surprised the HD Spikers with a sudden 9-0 run capped by Chloe Cortez’s tip and an error by Ranya Musa to grab the lead 17-15. They never let go of the lead since and took the set 25-22, via an off-the-block hit by team captain Rubie De Leon.

In the third set, Cignal found themselves down, 17-19, but a 6-1 run powered by two attack points by Carmela Tunay and an ace by Jannine Navarro lifted them, 23-20, and forced Generika into a timeout. Then, Vivas’ variety of spikes gave the HD Spikers the 2-1 set lead.

Coming into the second technical timeout of the fourth set, Cignal had a six-point advantage, 16-10, but the Lifesavers’ 5-1 run capped by Cortez’s ace made it anybody’s game again.

After talking things over in a huddle, the HD Spikers found their connection and went on an 8-3 run finished by an off-speed hit by Navarro, ending the match, 25-18.

Both squads will have a less than 24 hours to prepare for their next games as the HD Spikers (1-4) face Foton (2-3), and the Lifesavers (1-4) go up against Amy’s Kitchen (0-5) tomorrow, still at the Filoil Flying V Centre.