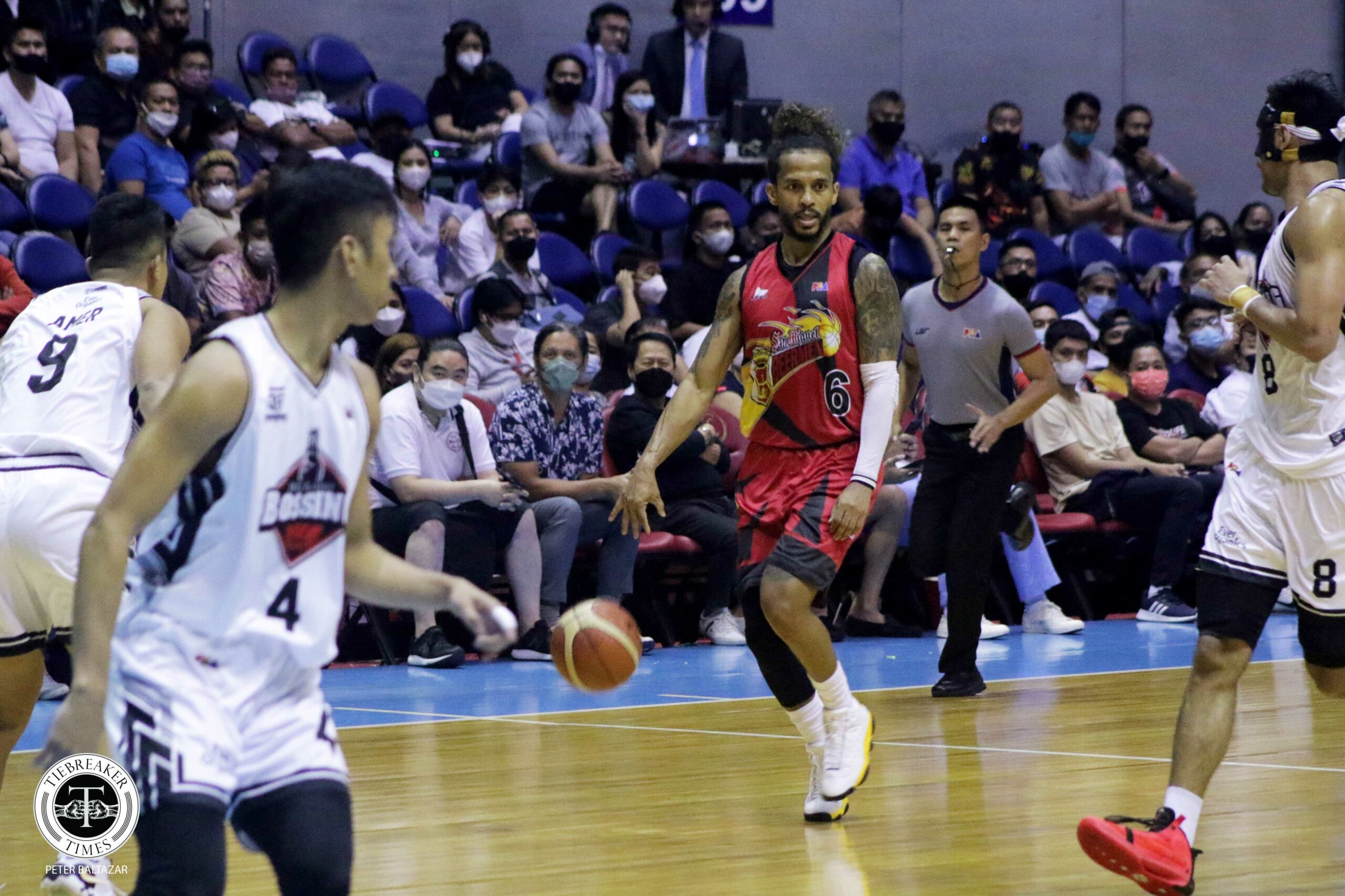 The 37-year-old was expected to return in six weeks since suffering a knee injury versus Magnolia last June 17, but came back into the fold ahead of the said timetable — and was in rhythm as if he did not sit out for a while.

“Initially they said six weeks. I think I’m at the fifth week right now so I’m maybe a week ahead of the schedule,” he said moments after their 123-93 victory. “I told my team that I’ll be ready for the playoffs. It’s playoff time. Ready to roll.”

Ross, who missed a total of eight games this conference, said that he actually planned to come back versus Meralco in their final elimination round meeting last July 17, but felt like he wasn’t that prepared yet.

“I was going to try to play in our last game versus Meralco since it was non-bearing, one game before the playoffs. But I thought, I felt I was not ready yet.”

So the decorated floor general pushed it back and chose to play against the Bossing instead, which turned out to be the best decision.

Ross saw action for a total of 19 minutes and 50 seconds off the bench and tallied a game-high 12 assists — the bulk of his team’s 33 dimes that led to 11 Beermen scoring at least four, with seven in double figures.

“That is good,” he said. “It is kind of easy when you play on a team like this, you have so much talent and the guys really bought into our system.

“I felt like last year or last conference when we were playing, everyone was trying to do it on their own. So in the offseason, I was preaching to everybody to make the extra pass, the ball will find the right person,” he added.

“When I came back, I wanted to make sure I was going that too. It is harder to guard when the ball is moving like that. It showed. I think we had 30-something assists today as a team. When you move the ball like that, it is hard to beat.”

For Ross, to return at the start of the playoffs is ideal now that they head into a far greater battle beginning with the semis, where they will face either long-time nemesis Ginebra or budding rivals Meralco in a best-of-seven tilt.

#ReadMore  UP maroons Perpetual to get back to winning form