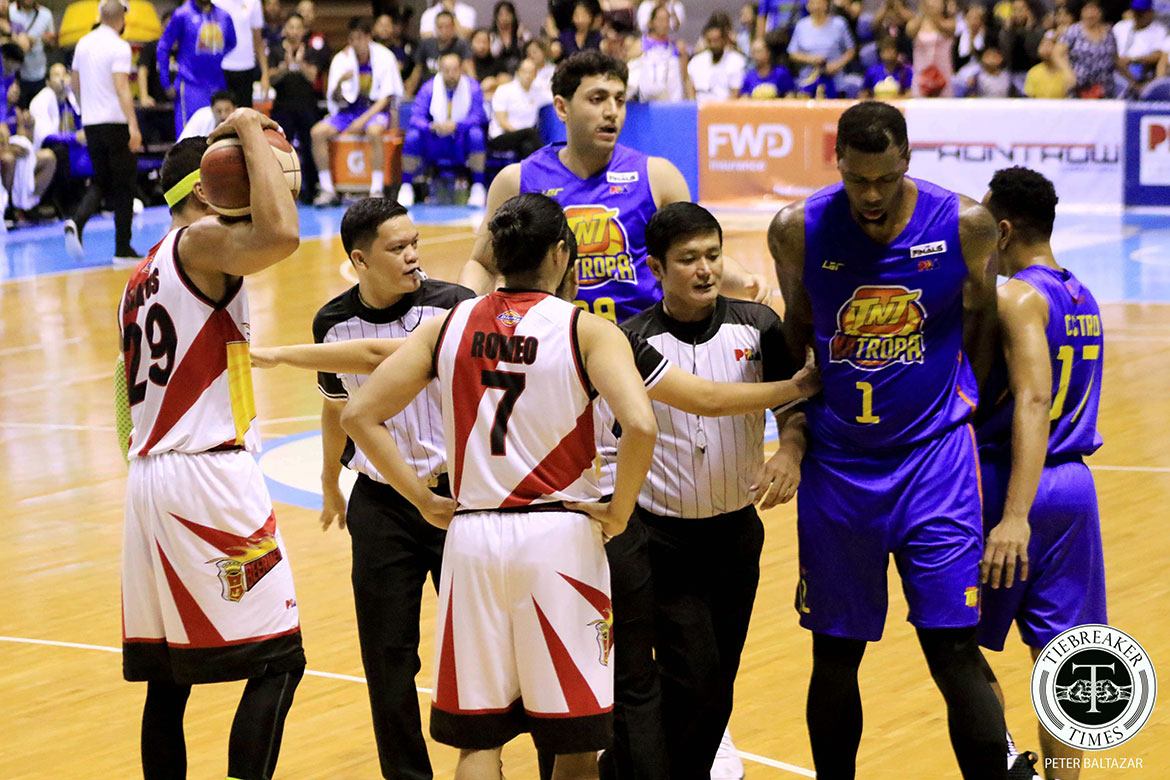 ,If there’s one thing that most fans have been watching in the 2019 PBA Commissioner’s Cup Finals between bitter rivals San Miguel Beermen and TNT KaTropa, it has to be the animosity between Chris Ross and Terrence Jones.

Over the first three games, Ross and Jones have gotten heated, with the Filipino-American calling it “mind games” while the American import simply shrugs it off.

But things suddenly took a detour during Game Five of the best-of-seven series, Wednesday night.

With 9:48 left in the fourth, Ross committed a foul on Jones, flooring the latter. What happened next surprised plenty, especially the cheering crowd.

Ross – who had called Jones “mentally a baby” just nights ago – helped the 6-foot-9 forward stand up.

The do-it-all point guard explained that it was simply a common courtesy to the former NBA cager.

“I pushed him on the floor, I picked him up. It’s common courtesy – human being courtesy,” said Ross after San Miguel’s 99-94 victory that put the team on the cusp of bagging the mid-season joust’s crown it last won in 2017.

With such a pleasing act from a fierce competitor like him, Ross reminded fans that he’s still a nice guy.

“If I push you on the floor and you fall down, I’m going to help you up.”

Arwind Santos gets warned for monkey gesture towards Jones, but won’t apologize