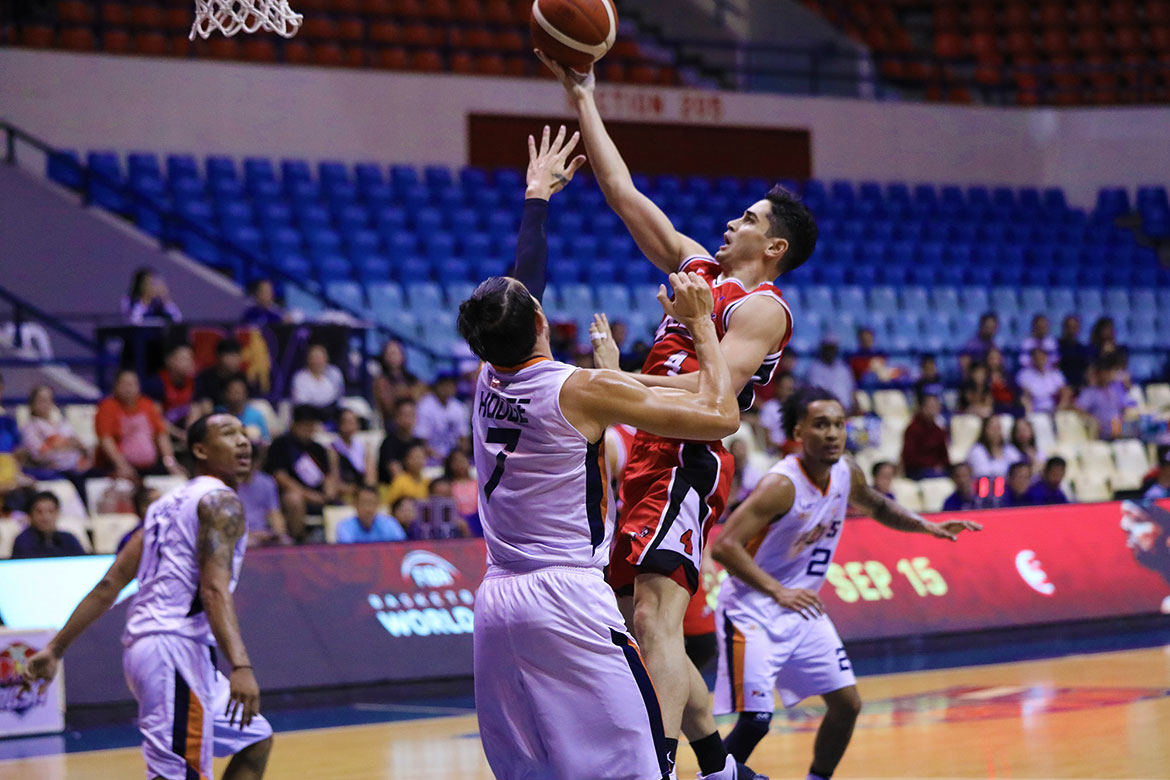 Behind Chris Banchero and Simon Enciso, the Alaska Aces earned their third straight victory in the 2019 PBA Commissioner’s Cup by snapping the Meralco Bolts’ two-game winning streak, 93-89, Sunday evening at the Ynares Center in Antipolo City.

The two guards connived in the end-game to finish off the Orangemen, who rallied from a 13-point third quarter deficit and knocked within just one, 87-88, with 1:45 remaining in the game.

Banchero first sank a tough lay-up just moments after Meralco got to within one.  Enciso then did his part, drilling a lay-up of his own before splitting his free throws with 24.7 ticks left to play to completely sink the opposition.

Banchero led Alaska with 23 points, nine rebounds, and four assists in the win that hiked their card to 4-2.

“Our locals, all of them, did a great job of playing together,” lauded Aces head coach Alex Compton, as import Chris Daniels was saddled with foul trouble, picking up five. He also had lowly numbers of 12 points and seven rebounds.

Baser Amer – who brought the Bolts to within one after sinking a corner triple – was Lawal’s only support with 11 points, on top of five rebounds, four assists, and a block.