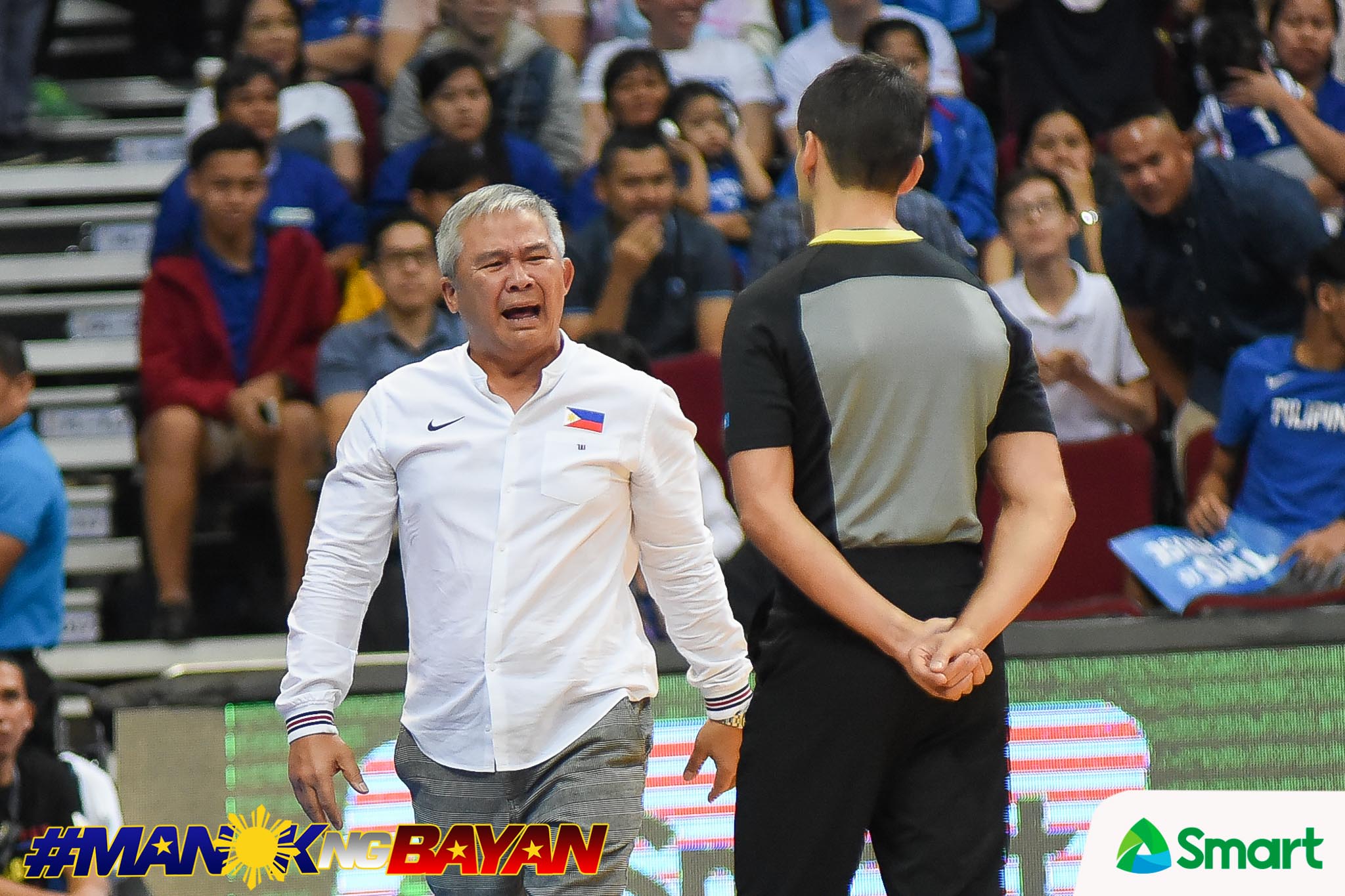 Long-time Gilas mentor Chot Reyes has given way to a new head coach for the National Team.

In a lengthy Instagram post, Reyes looked back on the time he returned to the Men’s National Basketball Team.

“I came out of retirement to coach Gilas because [Manny V. Pangilinan] asked me back in October, 2016. Amid my growing responsibilities in [ESPN] 5 and other big projects, I accepted, because I have complete in MVP’s judgment and more importantly, because it was an opportunity to serve the country,” he shared.

Back in 2016, during the dissolution of that batch’s Gilas squad, Reyes was named head coach of the team with Tab Baldwin as the team’s consultant. Prior to this, Reyes’ last stint with Gilas was back in the 2014 Asian Games.

He then paid tribute to the other coaches that have come before him.

However, Reyes was slapped with a suspension by FIBA last July because of the brawl that occurred between the Philippines and Australia in Bocaue. He was suspended for a game and handed a fine of PHP 535,000.

With this, the Samahang Basketbol ng Pilipinas appointed Yeng Guiao as the caretaker for the team for the fourth window of the 2019 FIBA World Cup Asian Qualifiers.

Guiao was immediately granted access of the entire PBA pool for the window.

Seeing this, Reyes stepped aside from his post and give way to Guiao.

“Now that the PBA has opened its doors fully to the SBP and the National Team, it’s time for me to step aside and contribute differently, focusing on the 2023 program.”

And Reyes is asking everyone to stand united as Gilas enters a new journey.

“Together with all the players and coaches who have sacrificed and put their careers on the line for flag and country, we wish Coach Yeng and the current team great success as they continue the World Cup journey,” he expressed.

“We are with you. Once a Gilas, always a Gilas.”