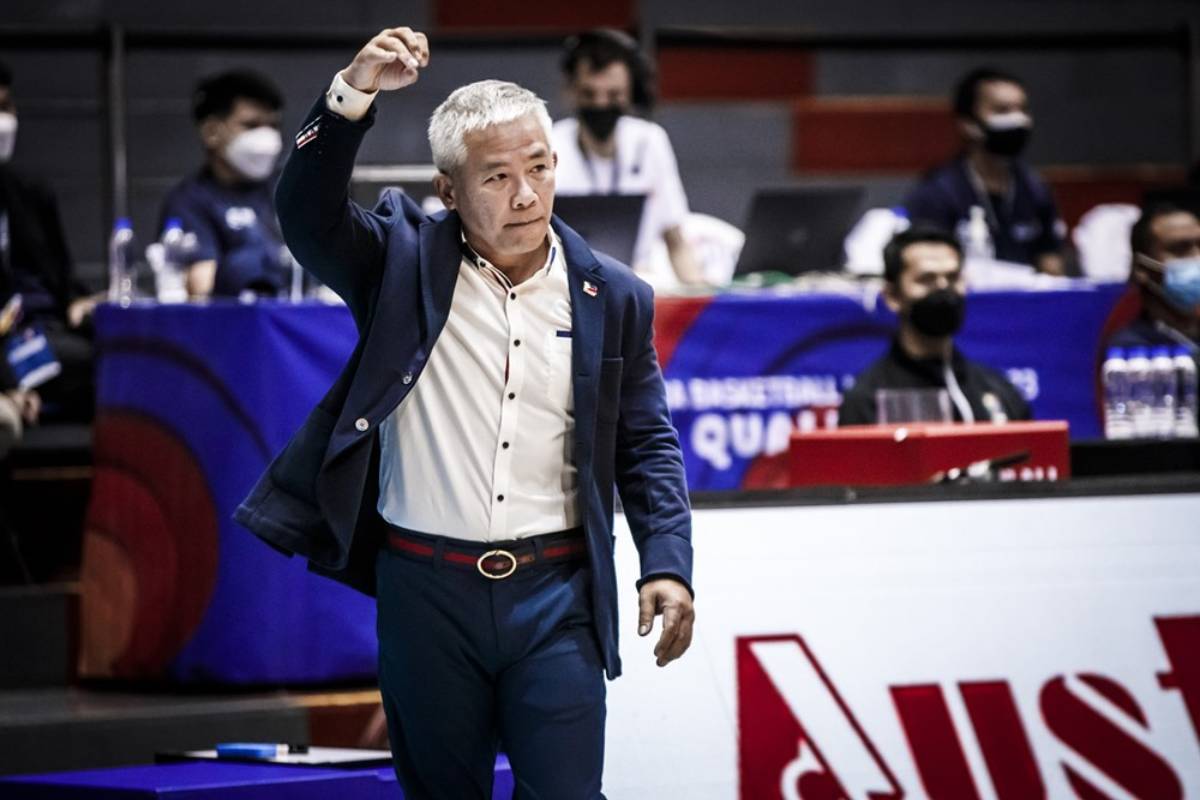 Gilas Pilipinas head coach Chot Reyes hopes to have a ‘more complete team’ at his disposal for the upcoming FIBA Asia Cup in Jakarta, Indonesia.

Personnel woes have been hounding the Nationals leading up to the July 12-23 festivities. Naturalized center Ange Kouame was the first to fall due to an ACL injury, followed by mainstay Troy Rosario and youngster Carl Tamayo.

The 6-foot-7 forward is nursing knee issues, the reason why he’s been out for three games now for TNT in the PBA Philippine Cup. The University of the Philippines stretch big man, meanwhile, hurt his ankle during their World Cup Qualifiers’ rematch versus New Zealand.

“Hopefully, we’ll be able to get a more complete team for the FIBA Asia Cup,” said the veteran mentor after the Tropang Giga beat Terrafirma, Friday.

No training pool has been released by the Samahang Basketbol ng Pilipinas (SBP) for the Asia Cup yet. Reyes had gone on record previously, though, and said that they plan to carry over the team that is competing in Window 3.

Also the Gilas Men program director, the 58-year-old had already mentioned names like Tamayo, SJ Belangel, RJ Abarrientos, and Dave Ildefonso as those who could possibly be part of the team bound for Jakarta.

The Philippine Basketball Association (PBA) may not be able to lend players with the season ongoing. The Asia Cup’s dates will collide with the Philippine Cup calendar, whose elimination round will end on July 22.

Curiously, TNT’s elimination round campaign ends on July 10 against Ginebra. They are the only team in the field that will end early.

Reyes said that he and the program’s powers-that-be are still planning things for the meet, although he didn’t divulge further details about such.

“Even before this window, we’re already planning the window, including the FIBA Asia Cup. There are some things that we are planning, hopefully, it materializes. Some haven’t gone through, some have,” he said.

For now, all of Gilas’ focus is on Sunday, where it is on a collision course with a veterans-led India in the World Cup Qualifiers.

And Reyes will be on hand for Gilas’ preps and game.

“Our focus now is to prepare ourselves to play well against India on Sunday. And then magpapahinga ng one, maybe two days before coming back to practice,” said Reyes.

The Philippines’s pool includes a tough Group D in the Asia Cup, together with India, the Tall Blacks, and Lebanon.