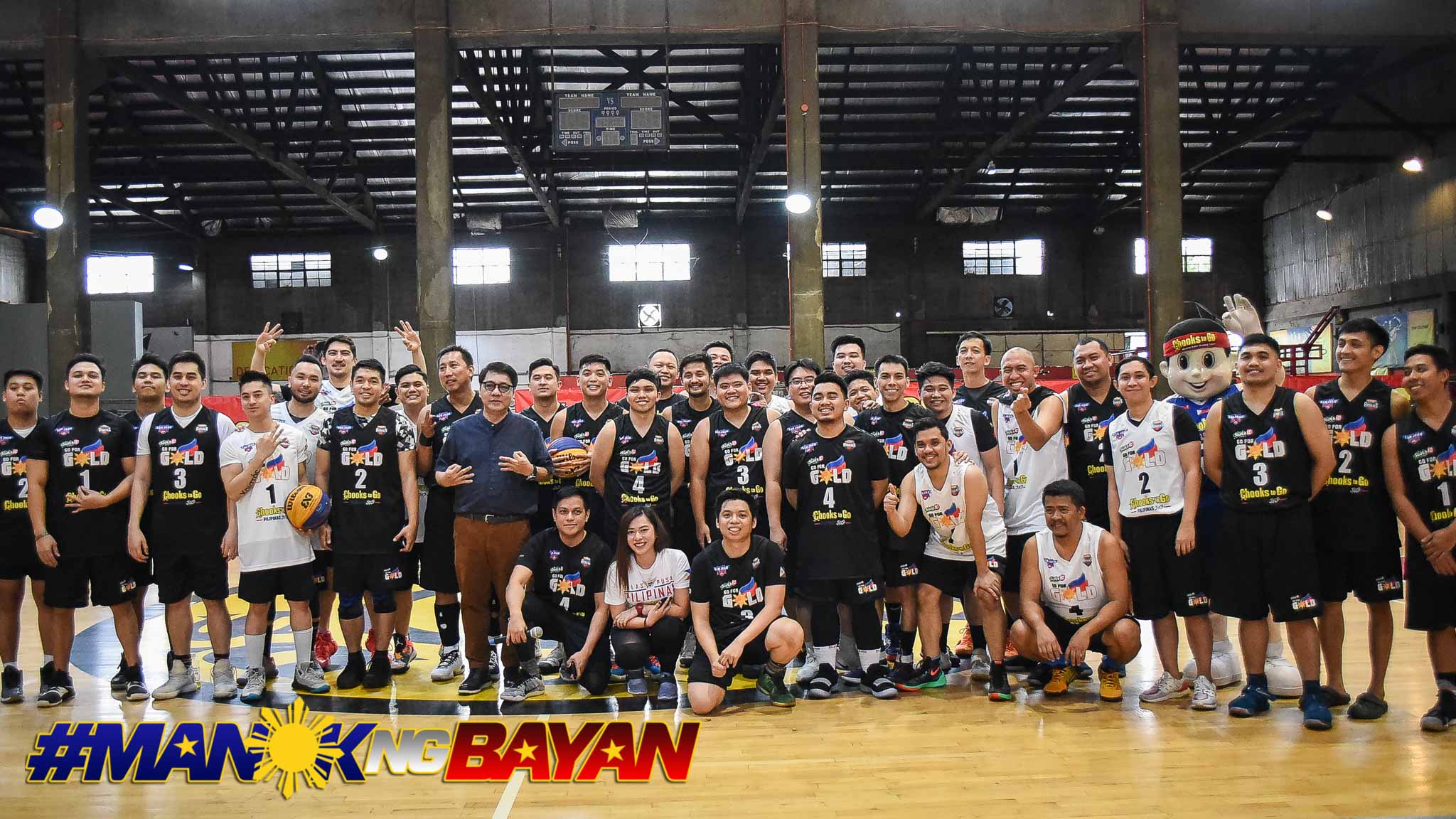 A day before the fourth leg of the Chooks-to-Go Pilipinas 3×3 President’s Cup, the league organized a separate tournament for the partners that helped make the league a success.

Members of the media, the team owners, and the league’s management gathered under one roof to compete in the Go for Gold-Chooks 3×3 Vice President’s Cup Friday morning at the Gold’s Gym Athletics in Sheridan, Mandaluyong City.

This was Chooks-to-Go’s way of developing camaraderie among the partners and stakeholders of the league.

“A week before we started Chooks-to-Go Pilipinas 3×3, Christian Singson gathered all of us on his yacht. At such a young age, he wanted to be the one to build brotherhood in our league,” recalled league owner Ronald Mascariñas about the Vigan-hosted yacht party last February 11.

“Talagang nakakataba ng puso to see all of you here. In your own way, you are helping raise our country’s rankings points. Today, sila ang Manok ng Bayan,” he added.

Twelve teams competed in the event with seven teams coming from the press, three from the league’s owners and representatives, and two from management. All the players were registered to the FIBA 3X3 Play app while the tournament itself was validated by the program as well.

Helping organize the event is Go for Gold, who manufactured the jerseys for the 48 participants.

“We are glad to be part of this games that promote goodwill among our partners. Go for Gold, just like our friends from Chooks-to-Go, always prioritize our relationship with the members of the media and our fellow teams,” expressed Go for Gold godfather Jeremy Go. “Seeing the smiles from our participants made it all worth it. Hoping to see more games like these.”

The quartet bested ESPN5 with the score of 21-12 in the finale.

For the members of the press, this exercise was important to understand the budding sport of 3×3 basketball better.

“I always believe na to be a good sportswriter, you have to have a general understanding of the sport before you cover a game – better pa nga kung nalalaro mo pa. So magandang opportunity sa amin mga sportswriters to learn the game,” shared Collegiate Press Corps president Reuben Terrado.