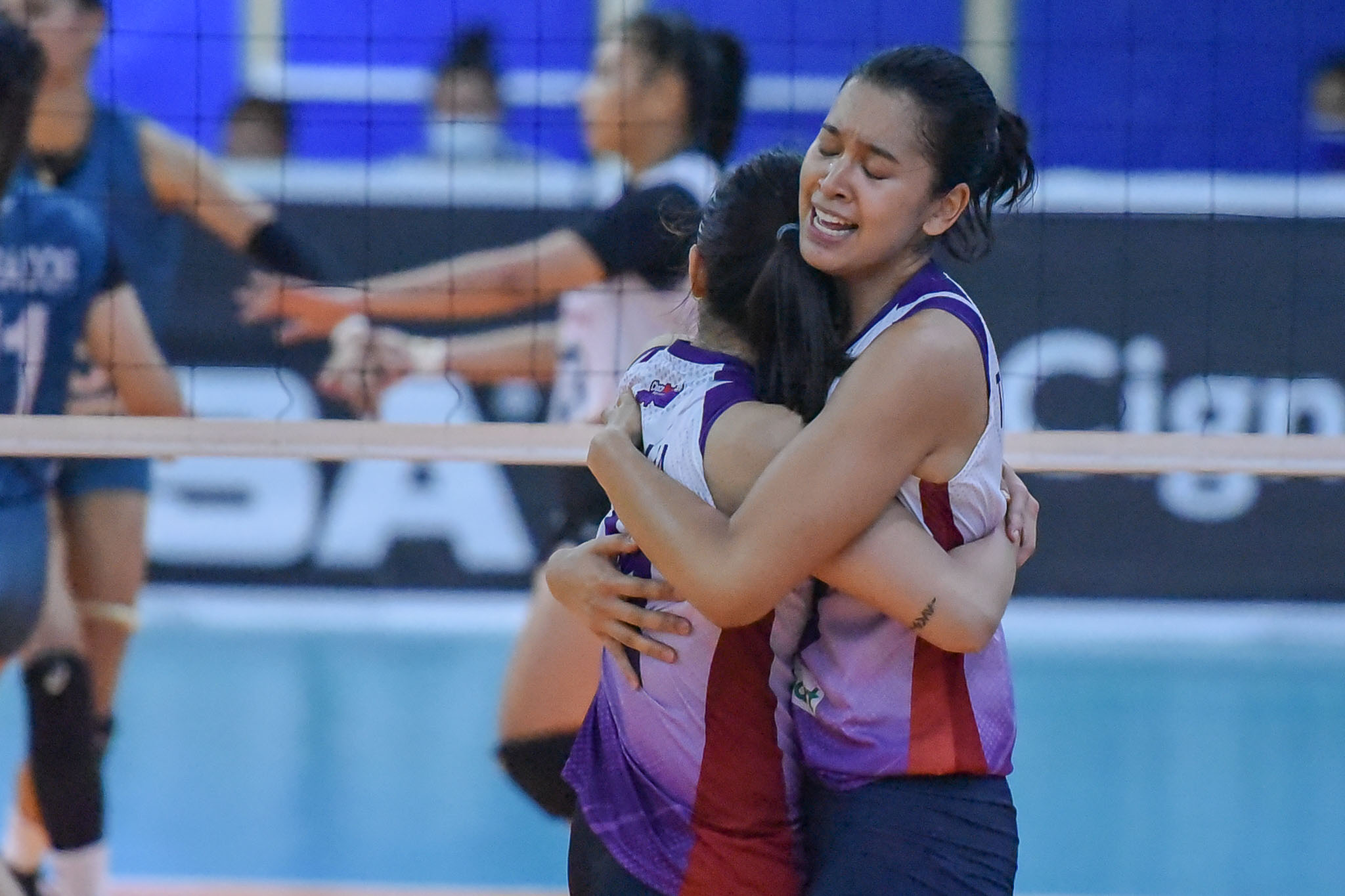 BACARRA, ILOCOS NORTE — Choco Mucho moved on the verge of the Premier Volleyball League Open Conference after dispatching Chery Tiggo in Game One via a sweep, 25-18, 25-22, 25-21, Sunday night at the PCV Socio-Civic and Cultural Center here.

It was a dominant outing by the Flying Titans — who received a beating from the Crossovers just yesterday — to capture the second seed.

After a come-from-behind second set, it was all Choco Mucho in the third and deciding frame.

Ponggay Gaston unleashed a cross-court hit to put the Flying Titans at match-point, 24-20. Then Shaya Adorador kept the Crossovers alive with a drop. Maddie Madayag sealed the deal with a quick attack.

Kat Tolentino paced the Flying Titans with 11 points, while Gaston and Bea De Leon each had 10 markers in the victory.

Deanna Wong made everything possible with 16 excellent sets laced with four points.

On the other hand, Dindin Santiago-Manabat posted a game-high 17 points for the Crossovers. Jaja Santiago saw herself held to just nine points in the loss.

Jasmine Nabor dished out 20 excellent sets while Buding Duremdes had 11 receptions and 10 digs.

Choco Mucho will try to punch its ticket to the finals while Chery Tiggo looks to extend its stay tomorrow, Monday at 2:00 PM.

“We have to keep on doing what is right. So ‘yun lang, I commend my players because nagkaroon sila ng discipline today sa ginagawa nila. I’m not saying na this is a dominant win kasi hindi pa naman tapos itong series eh,” said Almadro.

“We just won a game, and we will come back again tomorrow.”