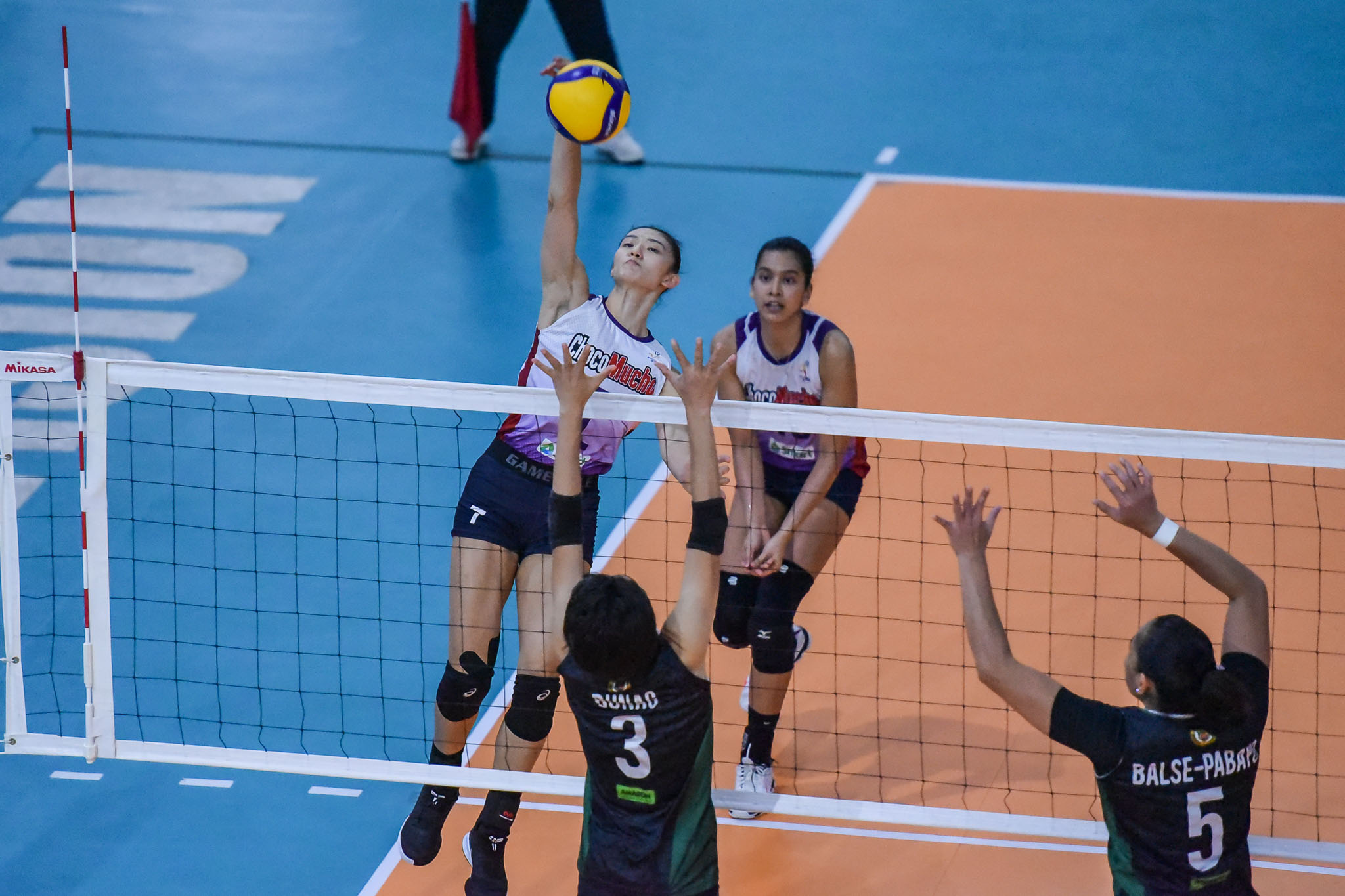 BACARRA, ILOCOS NORTE — The streaking Choco Mucho averted a major collapse in the third set to send Black Mamba-Army on the brink of elimination, 25-19, 25-23, 25-19, in the Premier Volleyball League Open Conference at the PCV Socio-Civic and Cultural Center, Monday.

The league-leading Flying Titans picked up their six-straight win in as many outings. They now move to a win away from a semifinals berth.

Choco Mucho burst to an 18-7 advantage in the third set in an attempt to finish off the Lady Troopers.

Royse Tubino stopped the bleeding for Army but Ponggay Gaston answered right back to restore the lead to 11 points.

An error from the side of the Lady Troopers extended the advantage to 12 points.

Army, boosted by several errors from Choco Mucho, ignited a 9-0 run which trimmed the lead to just five, 19-23.

The Flying Titans then got its break when Tubino botched an attack attempt that placed Choco Mucho at match-point.

Another attack error from Tubino ended the match at 25-19.

“Medyo nung third set nag-relax. We’re just waiting for the game to finish. Hindi dapat ganun — we have to finish it right. That’s the mindset we should have,” stressed Choco Mucho head coach Oliver Almadro.

Kat Tolentino once again led all scorers as she provided 18 points — all from attacks — in the win.

Maddie Madayag finally broke out of her slump with 11 points founded on six points, four blocks, and an ace. Meanwhile, the ever-consistent Ponggay Gaston had 10 points and nine excellent receptions.

On the other hand, Tubino and Ging Balse-Pabayo poured 10 points each for Army.

The Lady Troopers dropped to a 2-4 standing. They will have to win all their remaining assignments to have a chance of making it to the playoffs.

“Sa amin naman we have to keep on learning every game. Sabi ko nga, hindi lang ito physical, we have to prepare mentally, emotionally, and spiritually as well. We really need the guidance and strength from the Lord,‘” he added.

Choco Mucho will go up next against Creamline on Wednesday at 6:00 PM. On the other hand, Black Mamba-Army will look to salvage its campaign against Chery Tiggo earlier in the day at 3:00 PM.