It was a Southeast Asian Games to remember for the Philippine women’s and men’s beach volleyball teams.

For eight days, the country’s top sand court players put up a valiant stand in front of their home fans at the Subic Tennis Courts.

Rallying with the battle cry ‘Sambansa’, their efforts were rewarded.

The women’s team of Sisi Rondina, Bernadeth Pons, Dzi Gervacio, and Dij Rodriguez fulfilled their goal of bringing the country back to the podium for the first time in 14 years. 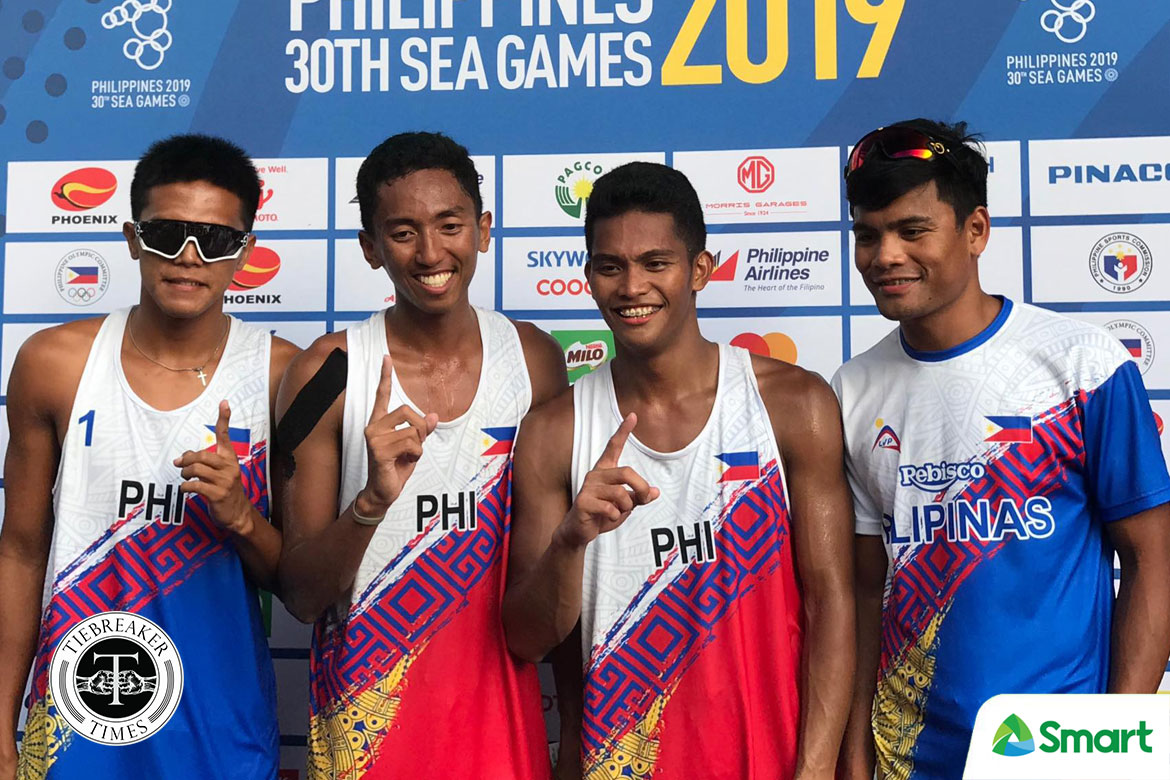 It was a also breakthrough for Jude Garcia, Jaron Requinton, Edmar Bonono, and James Buytrago, as they gave the Philippines’ its first-ever men’s beach volleyball medal.

“This has been such a historic feat for Philippine Beach Volleyball, and we dedicate this win to our fellow Pinoy athletes who have sacrificed a lot to pursue what they love doing the most.

“We also dedicate this win to our Philippine Volleyball Community, who has continuously given us the strength and support to power through. Maraming salamat, Pilipinas!” said team manager Charo Soriano.

With five victories and a gallant effort in losses against traditional powerhouses Thailand and Indonesia in the single-league competition, the Rebisco-backed Philippines side matched the 2005 bronze medal finish by Fil-Ams Heidi Ilustre and Diane Pascua.

There’s no way for the Filipinas but to go up — not only in the next SEA Games in Vietnam two years from now, but also in future international competitions such as FIVB World Tour 1-star tournaments.

In a tough eight-team men’s field, the Filipinos made it to the semifinals for the first time since 2007 behind Parley Tupaz and Rhovyl Verayo.

After bowing to Thailand in the semis, the Philippines nipped Singapore, 2-1, for the bronze medal, as Garcia and Requinton took charge in the golden match.

Following the Christmas holidays, the Philippine sand court standouts will immediately resume training as they prepare for tough battles in domestic and the FIVB World Tour 1-star tournament this May.

Joshua Pacio to defend crown against Alex Silva on ONE: Fire and Fury

Folayang, three other Team Lakay stalwarts join Pacio in ONE: Fire and Fury

GAB chief Mitra on Chooks 3×3 test run: ‘It’s something that everybody will look up to’

No Agents Involved: Decision to go to UP was family’s, says Bis Lina