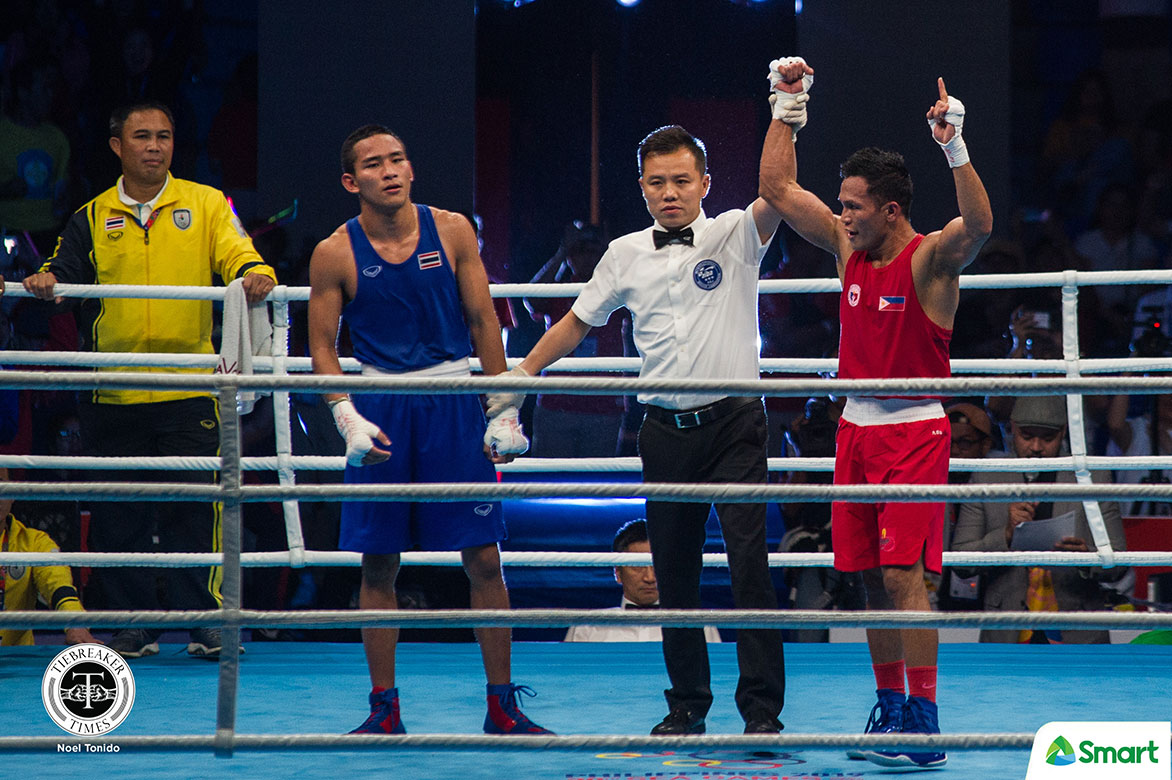 The 31-year-old has now won his third SEA games gold medal. He won the featherweight crown in 2011, then seized the lightweight title in the following edition of the biennial meet.

Suarez struggled a bit in the opening round, as his Thai counterpart showed aggressiveness. Fortunately, though, he picked up steam in the following round, staggering Pidnuch at the 2:37 mark.

That then got him going in the match, so much so that Pidnuch received a standing eight-count from the referee. The latter was slowed down, although he was never knocked down until the end.

This win only made Suarez feel satisfied with his decision to come back to the amateur ranks after trying his mettle in the professional level, where he had already fought thrice earlier this year.

The Philippines now has five gold medals to boast of thanks to Suarez’ victory.