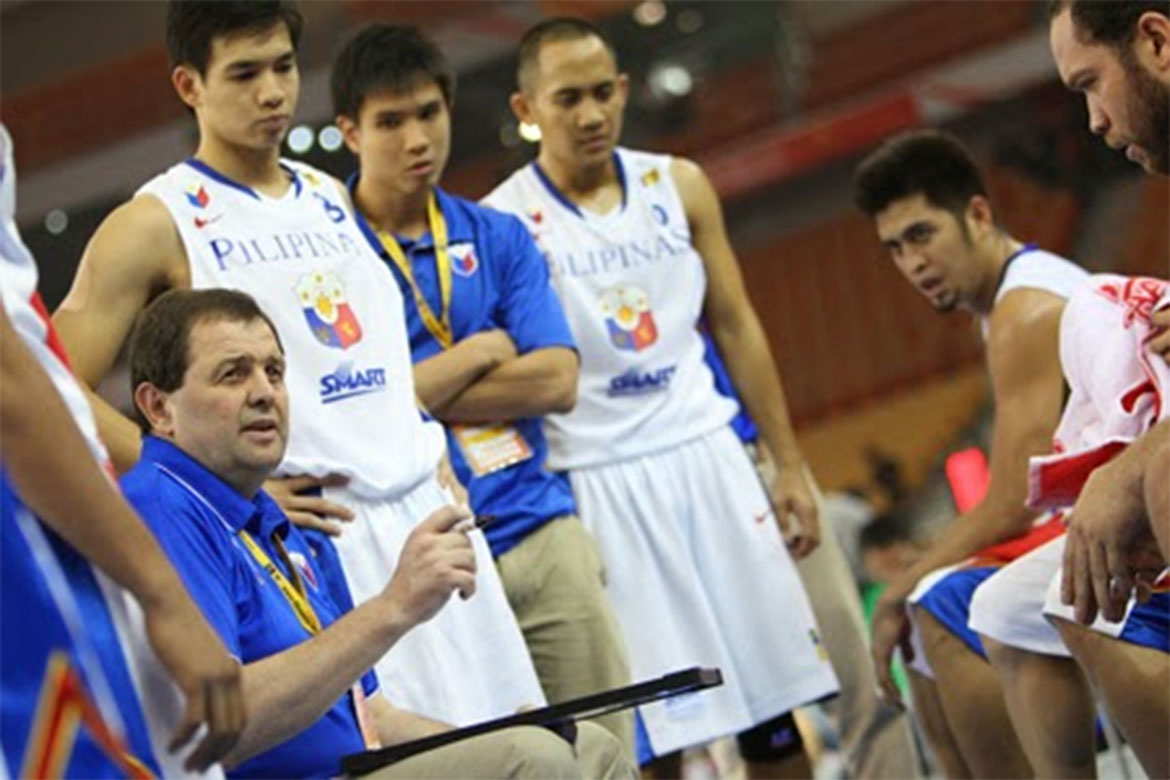 With some of Charles Tiu’s most trusted staff unable to commit to Mighty Sports for the 2019 William Jones Cup, the young mentor decided to call someone whom he trusts the most.

And it was someone who paved the way for him into coaching.

Serving as Tiu’s lead assistant for the Jones Cup is none other than former Gilas Pilipinas head coach and Tiu’s mentor Rajko Toroman.

“I’m very, very excited. He is one of the biggest influences for me in basketball, and the guy who took a chance on a twenty-one-year-old back then to be part of the national team.

“Our usual coaching staff were not available this time. Coach Ty Tang has the NCAA season already; Coach Sandy Arespacochaga is also unavailable; and even Coach Jong Uichico is now unavailable too,” shared Tiu. Tang is currently with CSB, while Arespacochaga will be prepping for the U19 World Cup, and Uichico is with the Bataan Risers.

This year’s Jones Cup will take place from July 12 to 21 in Chinese-Taipei.

Back in 2009 – while Tiu was still in college in Ateneo – the Serbian tactician tapped a wide-eyed Tiu to be part of his staff. Toroman also had Tiu when he was head coach of Barako Bull back in 2013.

This helped Tiu break into the coaching profession, which he still is in up to this day.

This will be Toroman’s first time back in the Philippines since 2015, when the then-head coach of the Jordan Men’s National Basketball Team had a tuneup with Blackwater.

“He seemed to be excited about it,” disclosed Tiu.

“He’d be a great, great addition.”

Mighty Sports will have seven locals and a handful of high-quality foreign guest players for the annual Philippine basketball tradition.