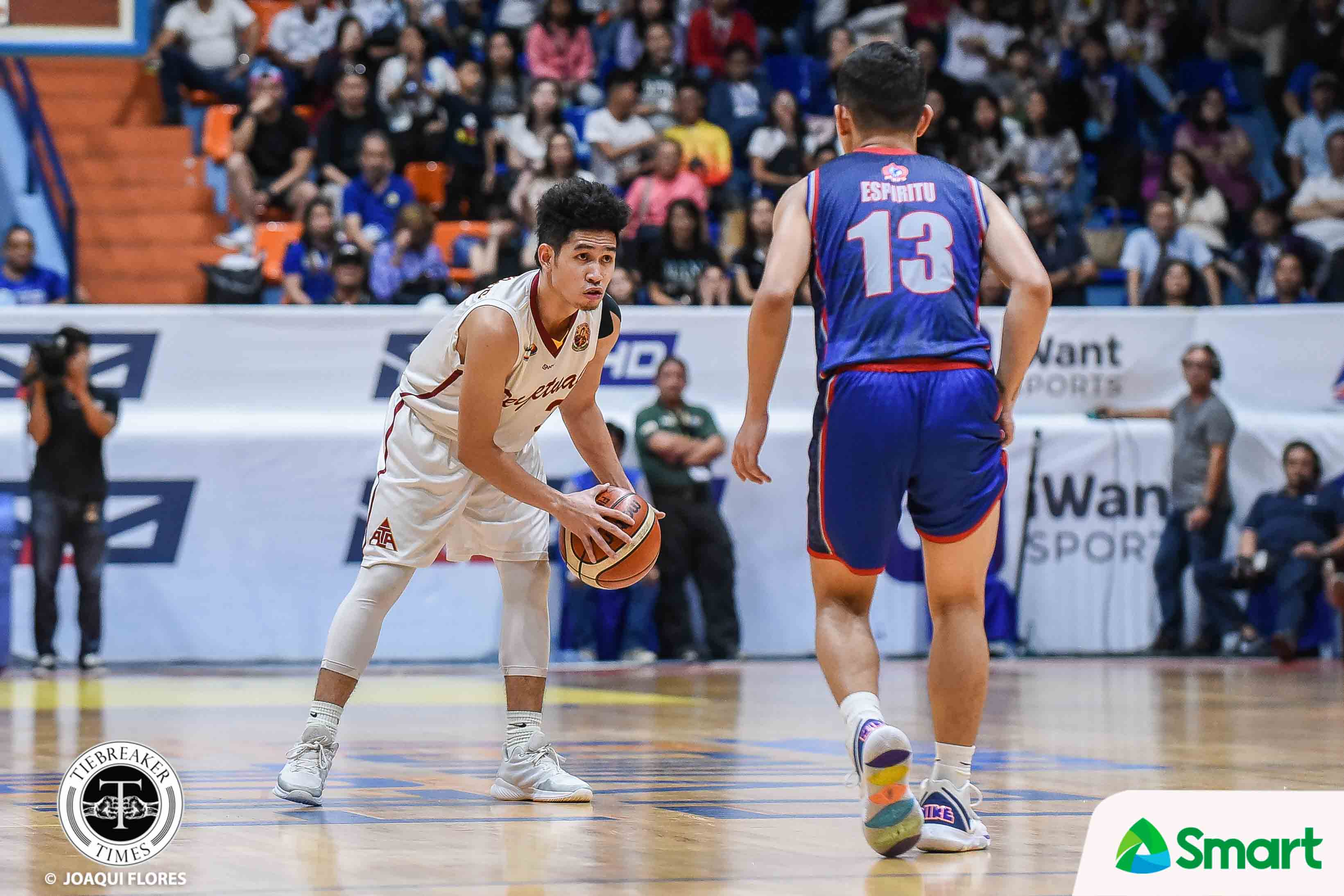 Thanks to Edgar Charcos and Kim Aurin, the University of Perpetual Help System DALTA Altas snapped out of their five-game skid, squeaking past the Arellano University Chiefs, 75-73, Tuesday afternoon at the Filoil Flying V Centre in San Juan City.

“Kahit we made crucial stops in the end, I still think this team needs to be smarter in playing defense,” said second-year Perpetual head coach Frankie Lim.

With the game knotted at 73-all, Charcos showed his poise. He drove past two Chiefs before finding a free spot to throw up a smooth floater and put Perpetual up with 3.4 seconds left.

Then on the next play, Kim Aurin utilized his length, swatting away Rence Alcoriza’s three-point attempt to seal the win.

Ben Adamos tallied a double-double as well with 16 points and 11 rebounds.

Perpetual went up to 2-3 midway through the first round of the NCAA Season 95 Seniors Basketball Tournament. Meanwhile, Arellano drop to 1-4.

“[Ton] Peralta did a good job on [Kent] Salado. First half zero si Salado. He came with 10 but it was hard-earned. We just have to stop people if we want to win games,” added Lim.

Salado – who was not on the court during the last minute of the game – had 10 points, four assists, and two rebounds in just 22 minutes of game time.

Leading the way for the Chiefs is Justin Arana with 20 points, 10 rebounds, and seven blocks. Gelo Sablan added 13 markers.

Perpetual, the worst free-throw shooting team in the league, had a better day at the stripe. They knocked down 13 of their 18 attempts that helped pull off this victory that saw them lead by as much as 12 points.

Perpetual look to ride their momentum from this game when they face the San Sebastian Stags on Friday, August 2 at 2:00 pm. On the other hand, Arellano have a tall task when they take on the Lyceum Pirates on the same day at 4:00 pm.

Bambol Tolentino calls for unity ahead of SEA Games

Phoenix continues to reach out to Calvin Abueva, family