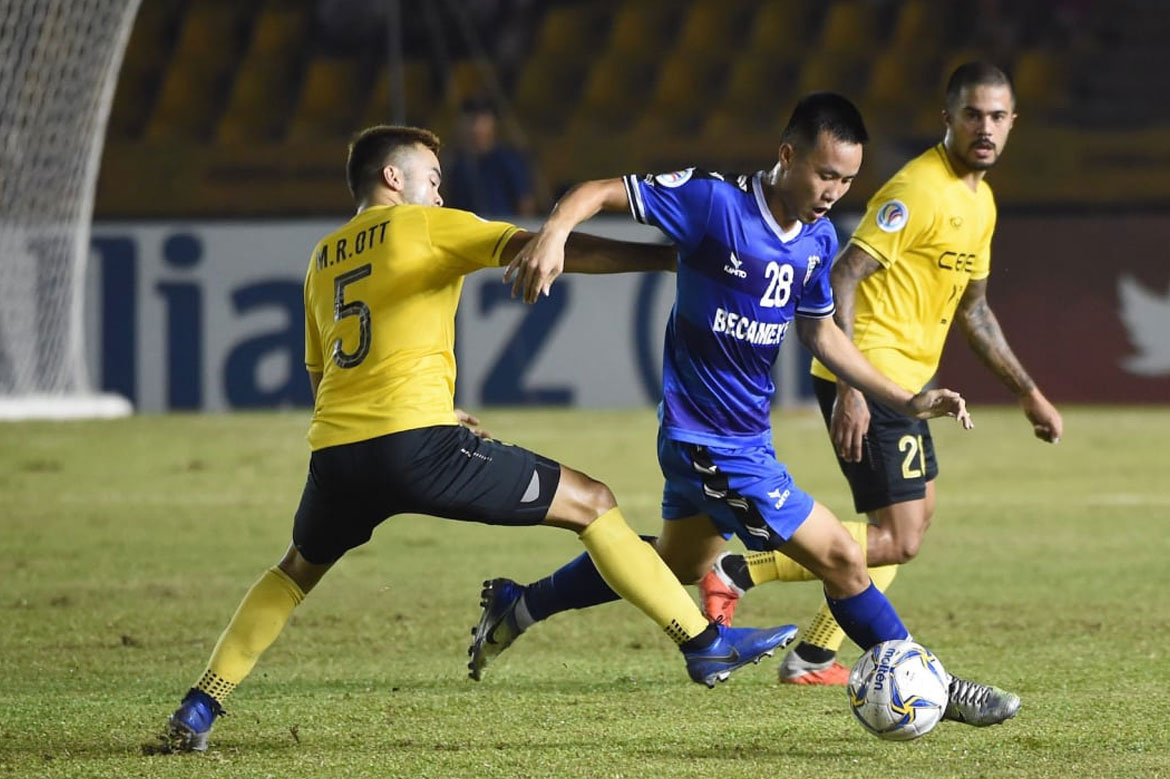 With a ticket for the 2019 AFC Cup Zonal semifinals secured beforehand thanks to a five-game winning streak, Ceres-Negros Football Club sought to exit Group G with a perfect slate.

However, things do not always go to plan. The Busmen suffered a late sucker punch that led to a 0-1 defeat at the hands of Vietnamese side Becamex Bình Dương, Wednesday evening at the Panaad Stadium in Bacolod City.

The result does not affect both teams’ standings in Group G as they had already secured their respective places. Ceres finishes top with 15 points, while Becamex are below them with 13 points. Both sides, though, can meet again in the Zonal finals after the visitors qualified as the best runners-up.

Spanish striker Bienvenido Maranon and midfielder OJ Porteria both had sniffs at the away side’s goal. Unfortunately, the former’s attempt went straight at goalkeeper Bui Tan Truong, while the latter shot wide when he had space to shoot.

Both teams needed a special goal to break the deadlock and it was Becamex that did exactly that. Two minutes from time, Brazilian forward Wander Luiz unleashed a speculative effort from the right flank, which sailed past veteran stopper Roland Muller and into the net.

It was an anticlimactic result for Ceres. Still, the club achieved their mission of entering the next round before kick-off; moreover, if certain results go their way, the Busmen can avenge this loss on a bigger stage.

Ceres’ reward for their endeavors is a date against another Vietnamese team, Hanoi FC, which topped Group F. The Bacolod-based club shall host the first leg on June 18, 2019, at the Panaad Stadium. The second leg is exactly a week later at the Hang Day Stadium in Vietnam.

Dani Ravena did not want to let her seniors down