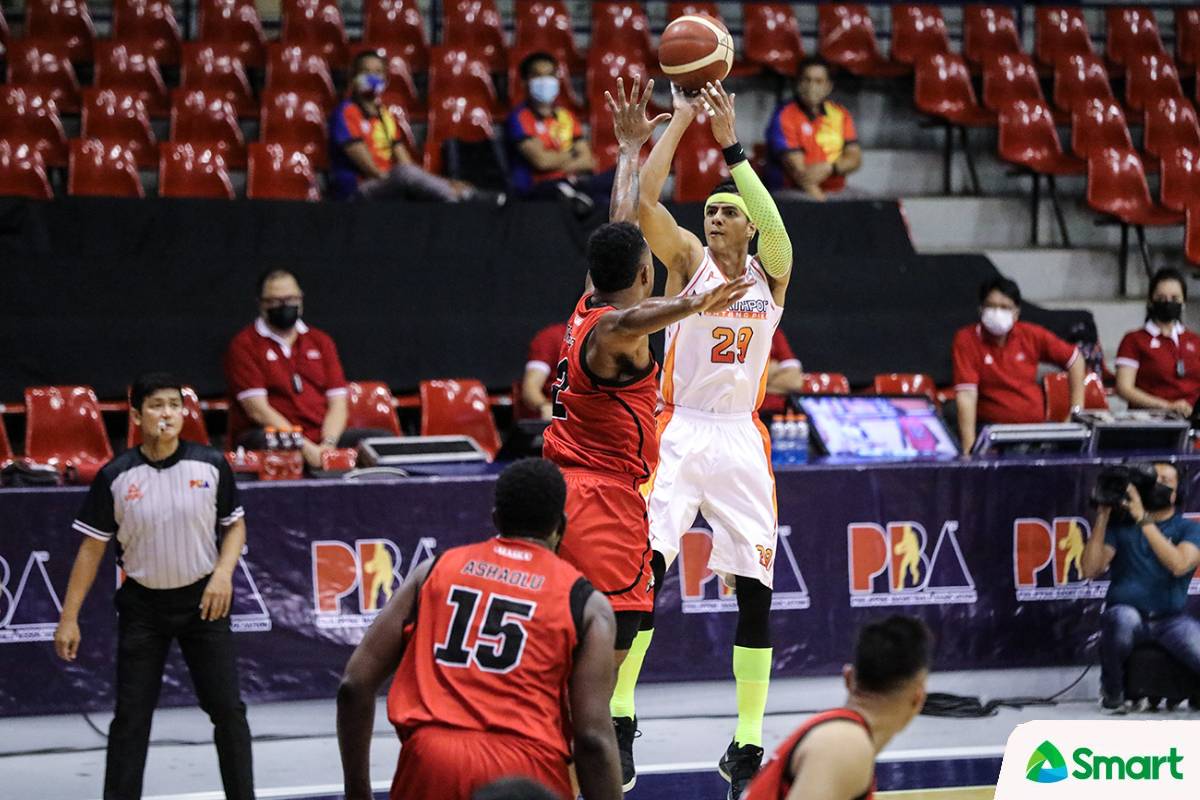 Arwind Santos turned in a vintage performance in his NorthPort debut Wednesday, with even their opponents singing praises for him.

Alaska head coach Jeff Cariaso was among those in awe as the former PBA Most Valuable Player almost single-handedly carried the Batang Pier past the Aces in the opening festivities of the 2021 Governors’ Cup.

“Arwind’s Arwind,” offered the veteran bench tactician moments after their nail-biting 87-85 squeaker at the Ynares Sports Arena in Pasig.

It was odd for many to see Santos rock different threads after wearing the royal red-and-black of San Miguel over the last 12 years. Still, the 40-year-old showed that he remains reliable come crunch time.

Take when Alaska thought that it had the game in control as it led by 10 with less than six minutes remaining in the game. The nine-time champion took over and scored 12 straight to cut the deficit to just two with 1:46 to go.

Greg Slaughter then stepped up afterward, cleaning up the missed jumper of his senior. That finally put NorthPort ahead, 85-84, with 39.2 seconds left.

Unfortunately, Lady Luck wasn’t on the Batang Pier’s side. Robbie Herndon was quick to respond with a jumper to give the lead back to Aces. Then Jeron Teng widened the lead to two that eventually settled the final count.

Cariaso felt so relieved that they came out victorious. “You can tell that there’s still a lot of rust. Just happy that we’re able to pull it off,” he said.

Still, the plaudits didn’t end there for Santos, who finished with a game-high 23 points on 42-percent shooting. He also had seven rebounds, four blocks, three steals, and an assist in a turnover-less outing in nearly 31 minutes off the bench.

“If you don’t take away his first initial shot, he catches it, he’ll kill you. So we tried to do that despite his man helping a little bit. He’s a vet. He knows where he to get his shots from, it doesn’t matter what team he’s playing for,” lauded Cariaso.