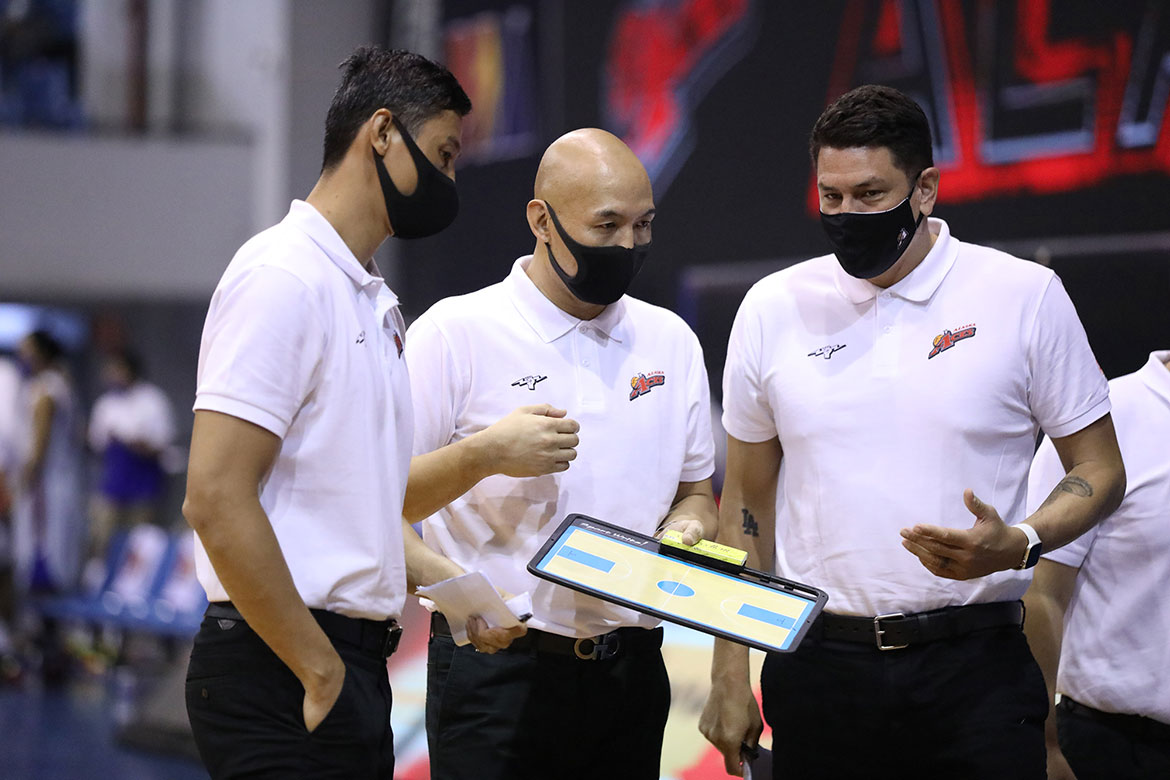 Head coach Jeff Cariaso has adopted this approach regarding Alaska’s chances of a top four finish and a twice-to-beat advantage for the 2020 PBA Philippine Cup quarterfinals.

The Aces, at present, are sitting in fourth place in the standings with a 7-4 record after their 122-119 overtime win over NLEX on Monday. But their position isn’t final — yet.

On their heels are reigning, five-time champions San Miguel, Meralco, and Magnolia, which all sport 6-4 cards. And there could be yet another logjam depending on the last two days of the eliminations.

“We know that we had a slim chance at the top four. We’re still hoping it works out our way. If it doesn’t, we just have to prepare ourselves for both scenarios,” said the seasoned bench tactician.

Instead, Cariaso simply feels relieved that Alaska avoided further complications by scoring the W over the Road Warriors, who came into the game riding a three-game winning streak.

“What I’m happy about is we were able to avoid the knockout. A loss tonight, I think had a high chance for us to be in the knockout game. And to think that at 6-5, I think we were playing decently enough to go from having a chance to make the top four… And then the next game, if it doesn’t work out, all of a sudden you’re in a knockout game,” he said.

“So that’s how close the standings were, and that’s how tight the race is. At this point, we just have to be sharp, and we have to be resilient, especially down the end. And I think we showed that tonight,” he added.

#ReadMore  Dan Palami on Suzuki Cup campaign: 'It’s about time we show ourselves as champions of Southeast Asia'

Whatever happens, though, Alaska is bound for the quarters, which is expected to start this week. And Cariaso looks at the days heading into that as a time for his chargers to recover and prepare for the next round.

“The keyword is balance. We have the luxury of being able to rest tomorrow, and then we’ll be right back in our lab for two or maybe three days of preparation,” the cager-turned-coach said.

“I pray and hope that Vic’s (Vic Manuel) okay. He complained about an injury in his legs, so we’re hoping he’s okay. I’m for sure praying that these next two or three days will help him recover,” he furthered.

“Balancing it, and being able to prepare, just to improve ourselves is really what the focus is on.”