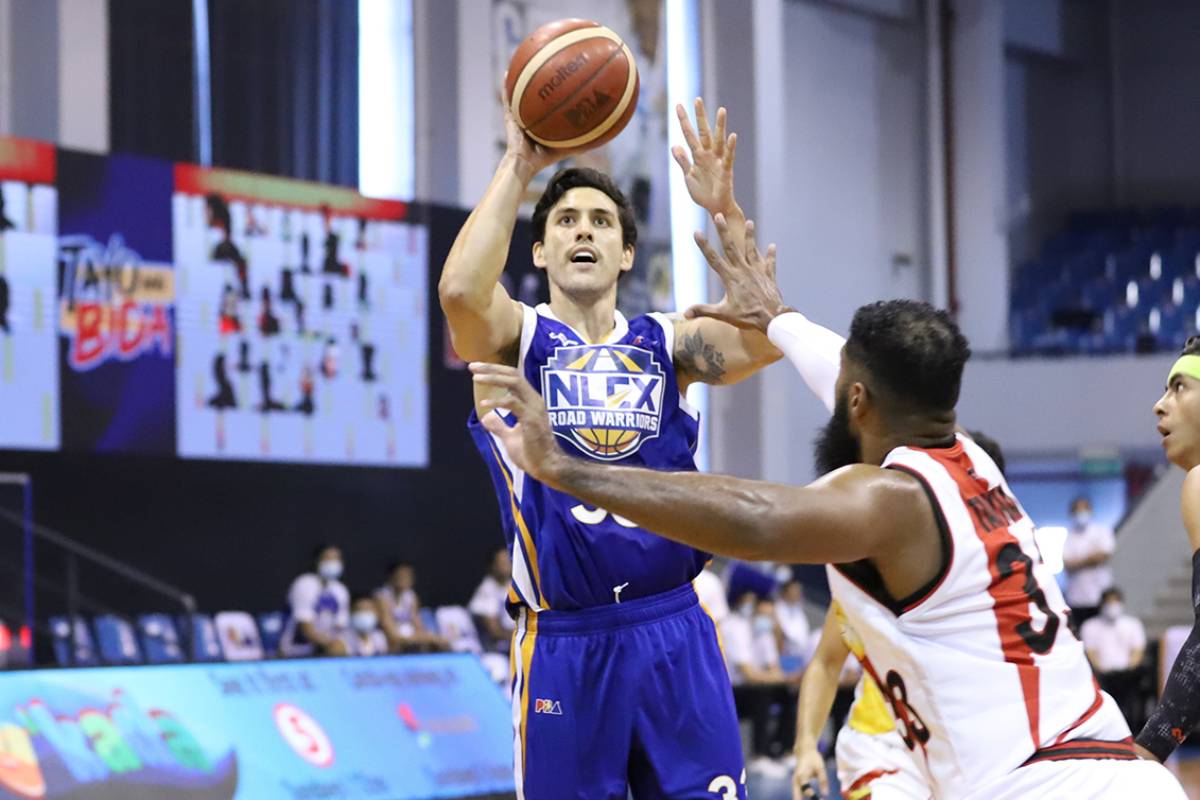 “Before, I was not really impressed,” the outspoken bench tactician said.

“I was not looking at him that seriously.”

Semerad was actually doing fine with TNT last PBA season before suffering a shoulder injury in Game One of their Commissioner’s Cup semifinal series versus Ginebra. And months later, he would see himself on the move.

The 29-year-old was dealt to Blackwater together with the vastly-improved Don Trollano and a 2021 first-round draft pick in exchange for star guard Bobby Ray Parks, Jr. in November. He never played for the Elite, though.

And about three months later, he was in transit again as he was part of the complicated three-team trade between Blackwater, TNT, and NLEX with the 6-foot-7 Erram as the centerpiece of the shocking deal.

But as time went by, Guiao finally saw something in the former San Beda Red Lion. “After seeing him in practice a couple of times, sabi ko merong magandang role ito sa team namin,” he shared.

Part of the starting unit, the Fil-Australian cager played solidly, producing 10 points, four rebounds, and three assists in over 20 minutes as NLEX posted its most impressive win yet in the bubble, 124-90.

#ReadMore  Blessings continue to pour in for Alex Cabagnot

“So I think he’s getting to settle into that role,” said the decorated coach moments after collecting their third win in a row that suddenly breathed life into their quarterfinal aspirations that were nearly flatlining.

Guiao is definitely glad to have been proven otherwise by the six-year pro. And he’s happy, too, that the one who he really wasn’t looking into at first was actually the one that they have long been looking for.

“He’s a defensive stopper–lockdown specialist ito. Ito yung ano niya. High energy, he sets the tone on defense. And at the same time, he has offense,” he said.