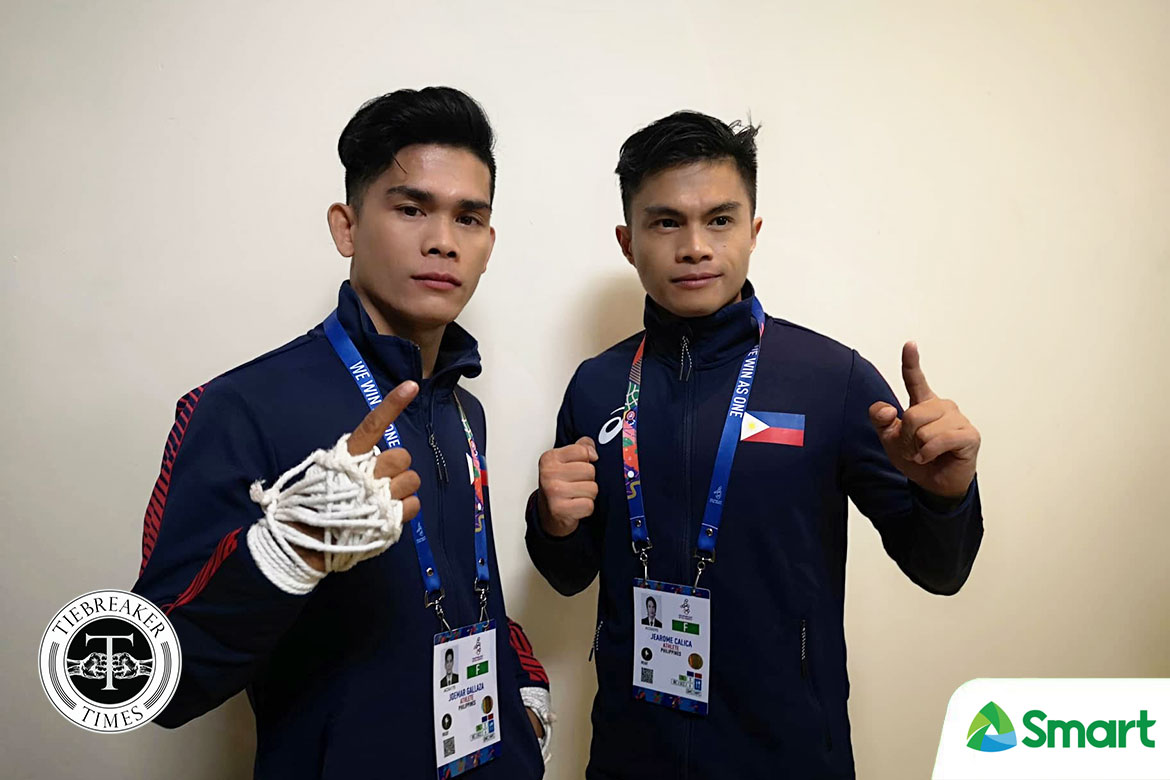 Calica, 37, and Gallaza, 28, were a class above the rest in the event that showcases the calm of muay’s pre-fight ritual and the brute of the sport itself.

The duo averaged 9.59 points in the two-round competition. They scored 9.57 in the opening salvo, before upping the ante in the final stanza, tallying a 9.61 in the eyes of the judges.

“Nag-base sila sa technique and power, tapos extra point din ‘yung tricks and stunts,” said Baguio-native Calica. The team had trained in Thailand for 40 days to prep for this event.

This is the Philippines’ first gold in the sport since 2013, or since Preciosa Ocaya took down the women’s 54kg weight class in Myanmar.

Waikru is making its debut in the regional tiff.

Tomorrow, the combat part of the tournament begins still at the same venue.