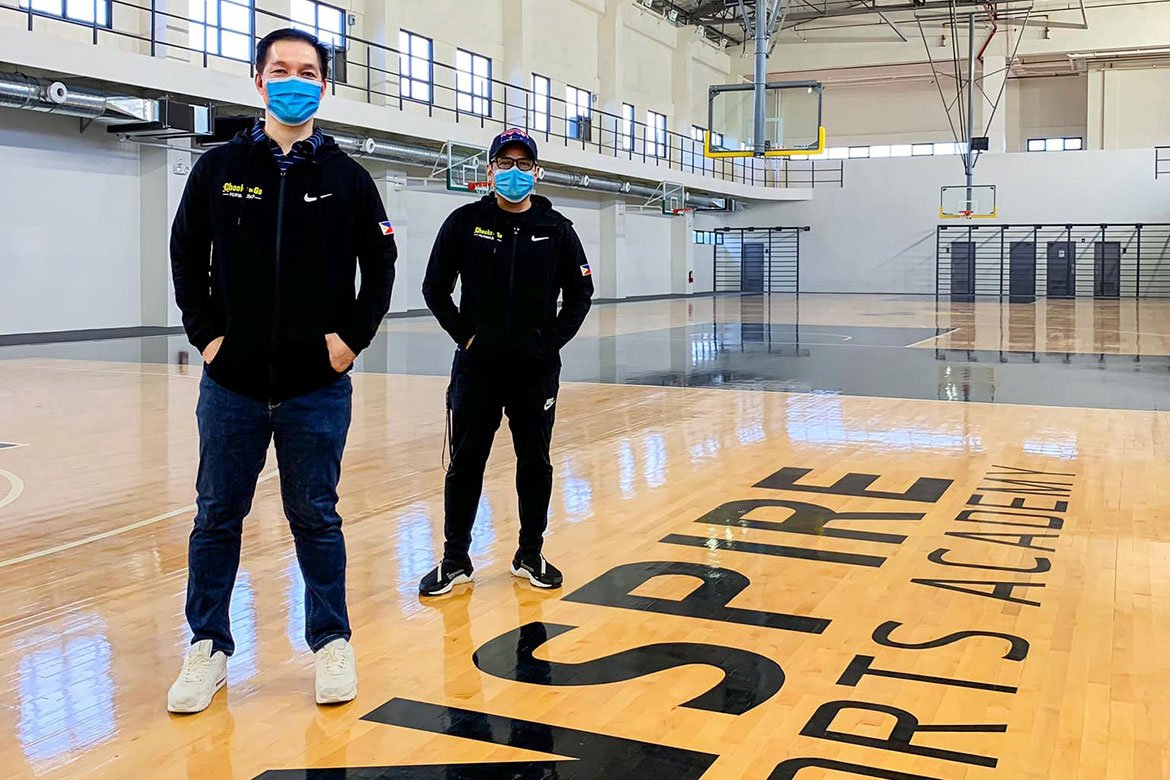 Chooks-to-Go Pilipinas 3×3 looks to hold its first season as a professional basketball league by the third week of September — guided, of course, by strict health protocols to ensure the safety of all involved.

Commissioner Eric Altamirano said that the league, which has gained pro status and is now under the subject of Games and Amusement Board, will hold it in a bubble at the INSPIRE Sports Academy in Calamba, Laguna.

“Tentatively, the scheduled opening will be around third week of September,” he said Wednesday. “Then it will go until February next year to be able to complete the season. So magkakaroon tayo ng tatlong conferences for this year.

“We have to find an isolated area where we can do the bubble, and what better place to hold it than INSPIRE Sports Academy? Owned by the SM Group headed by Mr. Hans Sy.”

INSPIRE Sports Academy, according to its official website, is ‘the first world-class learning and sporting institution in the Philippines that features 360-degree sport science and educational support for athletes.’

The whole complex — which is inside the National University-Laguna campus — also includes a dormitel with 32 dorm-type, 20 hotel-type, and four executive rooms, for a total of 60 rooms with 176 beds.

“We were able to go there and inspect the campus, and it’s a world-class campus. Kumpleto na, may hotel sa loob. Really nice facility,” said Altamirano, who once served as head coach of NU. “And one thing we requested from them is once we get into the bubble, kami lang ‘yung tao sa loob ng campus, so that will really assure that everyone will be safe and air-tight.”

Altamirano then explained that everyone involved — from the players, the coaches, and the staff alike — are all set to undergo CoViD-19 tests before entering the bubble.

“For example, we’re gonna enter the first day. Right before we enter, there’s going to be a series of testings, so that is probably five to seven days prior to the entry to the bubble,” he said. “Magkakaroon ng PCR testing ang mga players, and then on the day itself, we’re gonna have a rapid test, so that will ensure us that whoever goes into the bubble will be safe.

“Say, we hold our first leg Friday, and then mayroong break ng Saturday. Saturday we are still going to have another round of tests for everybody inside the bubble, and then we will play our second leg Sunday. And then Sunday night right after the second leg, everybody will get out of the bubble. After that, every two weeks, we go inside the bubble.

“We will continue to apply ‘yung safety protocol in terms of testing before going inside the bubble,” added Altamirano. “Importante, everybody has to follow and be disciplined sa execution ng protocol.”

And in the event that someone tests positive, Altamirano assured that the league also has an emergency contingency plan ready to take care of the matter accordingly.

“Of course, if they are tested positive, we will not allow them and they will have to be isolated. And we will also have an emergency contingency plan for those who will test positive,” he said.

The plans for positive cases include high-tech contact tracing; Altamirano said that it is among the major points he and his team had in mind when they drafted the health protocols for the league’s return.

“For us, there are three important things that we wanna emphasize sa protocol. Number one is the testing. Number two, ‘yung educate — we want to educate our players, all the people that will be part of the league. And then number three, ‘yung contact tracing. So, napaka-importante sa amin niyan.

“We have partnered with a company na very high-tech ‘yung app nila that we’re going to use in our practices and during the games. We wanna ensure na if ever there’s an eventuality of a positive case, then we will be able to report it and be able to trace the people na nala-interact ng player or whoever na CoViD positive,” Altamirano continued.

GAB chairman Baham Mitra, meanwhile, is left impressed with Chooks 3×3’s health guidelines. And since it is now a pro league, the amiable executive said that it can conduct practices as well.

Chooks 3×3, along with the PBA and the Philippines Football League, has the green light to hold workouts following the signing of the Joint Administrative Order (JAO) that allows pro sports to return at least in practices.

The respective heads of the GAB, the Philippine Sports Commission, and the Department of Health finally signed the JAO on Monday, giving hope to the industry that was also affected by the CoViD-19 pandemic.

“Maganda ‘yung safety protocols that Chooks-to-Go sent us. And yes, under the joint administrative order of the DOH, PSC, and GAB, only professional players, athletes, will be allowed to practice,” Mitra said.

“At first, mas konti ang magpa-practice kasi 3-on-3. Second, I understand that they will be locating themselves outside of Metro Manila and they will be placed and their training under isolation or what is now called a bubble. And the high-tech contact tracing will be done and will also be shared with other professional leagues. So, yes, they will be allowed to practice and eventually resume.

“Ang hinihingi lang naman nila is to practice muna. No scrimmage, conditioning, strength training and then eventually, when the quarantine levels may go down, then I’m sure the IATF will eventually allow scrimmages,” he added.