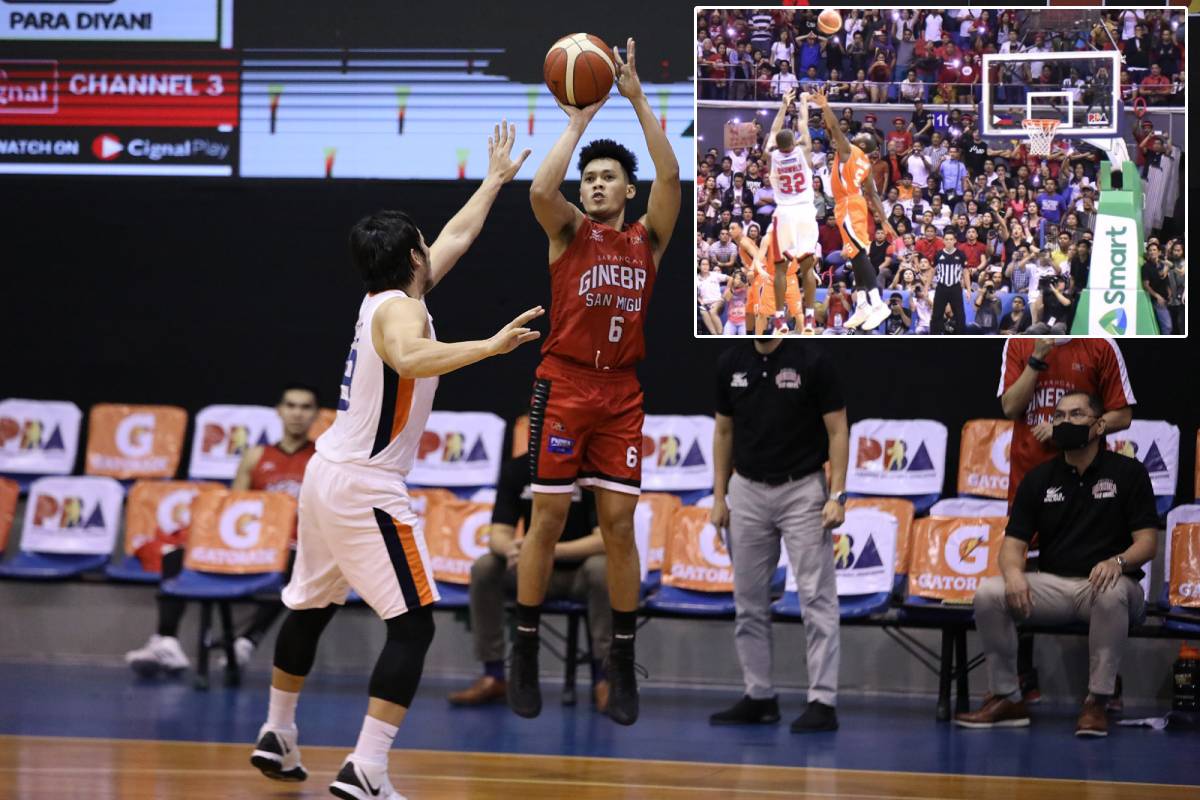 SMART CLARK GIGA CITY — It was 2016 all over again, as Scottie Thompson had his own Justin Brownlee moment to lift Ginebra past Meralco in the winner-take-all Game Five of the 2020 PBA Philippine Cup semis, Friday night.

The five-year pro has long established himself as a tireless workhorse. But tonight, for a change, he became the talk of the town after draining a booming trifecta to give the Gin Kings the 83-80 victory — and the Finals berth.

That shot surely reminded every ka-Barangay — and every PBA fan as well — of that magical game-winning three by Brownlee in Game Six of the Governors’ Cup Finals four years ago, which ended Ginebra’s eight-year title drought.

So, where does this rank among the biggest of shots made by the present-day Gin Kings? Is it high up there?

“Of course the first championship with the Justin shot, that’s the crème de la crème.

“But this one is right there close to it. And I’m just so happy for Scottie, being the one to make the shot,” said Ginebra head coach Tim Cone.

Brownlee’s trey brought a title, but the league’s most accomplished mentor said that Thompson’s is as important because it brought them to the Philippine Cup Finals — something that they haven’t done since 2017.

Moreover, ruling the all-Filipino tilt has been one of the goals of Cone and his charges. Ever since he took over Ginebra’s coaching reins in 2016, the team has yet to win the most prestigious conference.

Looking back further, the Barangay last won the Philippine Cup in 2007. Then, Jong Uichico was the one manning the sidelines and with the team still bannered by MVPs Mark Caguioa and Jayjay Helterbrand.

“This is for the All-Filipino so that makes it very, very important. We’re all going for that All-Filipino. That’s the crown jewel, that’s what everybody wants.

“I realize it’s a semifinal game, and not the Finals and not the championship. But without this, we don’t have a chance to go on. So, this was very, very crucial in the series,” Cone said.