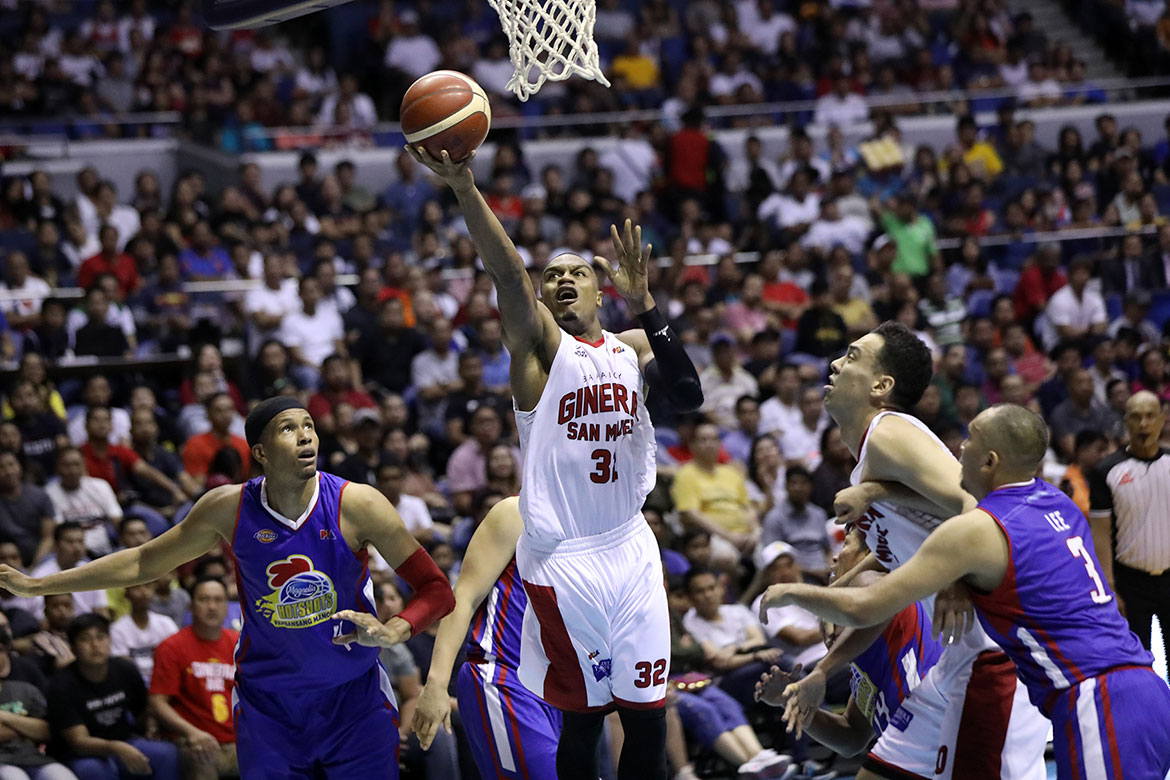 Justin Brownlee was just a rebound away from a triple-double when Ginebra met Magnolia on Sunday night.

Brownlee could have had his third straight — and fourth overall — triple-double this conference. However, the one-time Best Import ‘only’ finished with 27 points, 10 assists, and nine rebounds in over 40 minutes.

For Brownlee, though it doesn’t really matter. All that he cares about is the win, which he and the Gin Kings accomplished by handing the Hotshots a 22-point drubbing, 105-83.

The Gin Kings have now racked up back-to-back victories following their conquest of the reigning titlists. They also improved to 3-2, which has sees them in fifth in the team standings.

So for Brownlee, they will try to do whatever they can to enter the Top Four, which will be big for the playoffs as the top four teams will be armed with a twice-to-beat advantage.

“It’s a lot of good teams and a lot of good imports. If we could stay in the top four, it would definitely be a little easier road to try to get what you want to accomplish,” he said.

“We know every game is going to be tough, it’s not going to be easy, so we just try to do whatever we can to get into the top four.”