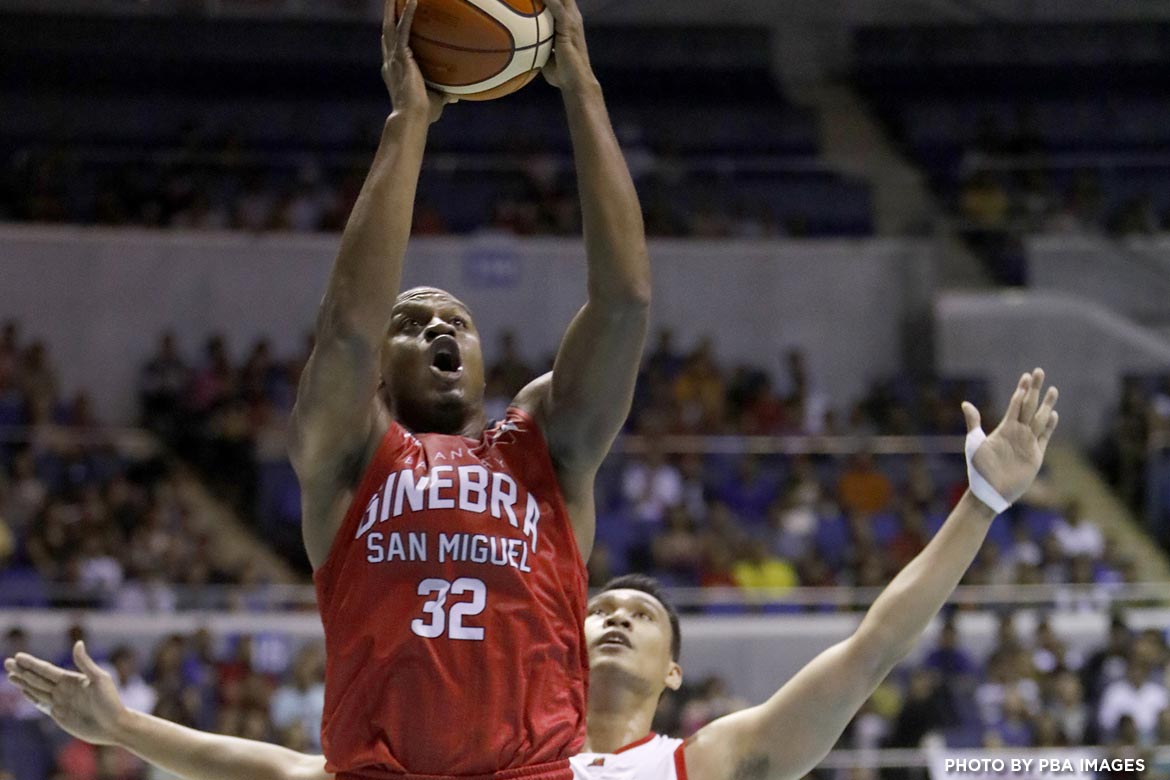 Once again, a heroic Justin Brownlee saved the day for the Barangay Ginebra San Miguel.

There’s no other reason for the Gin Kings’ 103-102 victory over the Alaska Aces on Sunday night except the 29-year-old, whose basket attack with a foul plus a bonus free throw with 7.2 ticks left settled the game’s final result.

And there’s no other way to call Brownlee but a hero for saving the game and their winning streak, which has now extended to five. But for the American forward, it’s not always about being a hero for the Barangay.

It’s all about being aggressive and seizing the moment when the opportunity presents itself.

“I think those are the moments where the import, not having to save the day or be a hero, but in those types of moments you have to be aggressive,” Brownlee shared.

“I understand that, playing in this league as an import.

“I just want to try and be aggressive and give my team the best opportunity to make a shot to win the game or make a defensive play,” added the 29-year-old reinforcement, who finished with 37 points, 14 caroms, six dimes, three steals, and four blocks.

But Brownlee admitted that that pivotal shot of his had not been something the team planned, that it was some sort of an emergency play since the Barangay had run out of timeouts.

“Just try to get the ball and create the best shot I can,” recalled the native of Tifton, Georgia.

“Luckily, it was a lay-up so I took it and it went in. That’s really the only thing, we didn’t have any timeouts so we just had to kinda freestyle that last possession.”

And none other than Ginebra head coach Tim Cone could not help but marvel at this remarkable performance of his prized import, praising the high basketball IQ of Brownlee during certain situations — against Alaska, for instance.

“He’s just super intelligent. He always seems to make the right play, whether it be on offense or defense. He’s so incredibly coachable — that’s one of the things that really amazes me about him.”

“It’s a great compliment from a great coach,” voiced Brownlee upon learning Cone’s praises of him.

“I just try to do the things he says and try to learn all his philosophies, the fundamentals, the way to play the game.

“I give a lot of praise to coach Tim as well,” Brownlee declared.

Jefferson accepts crucial no-call: ‘It just did not go our way’