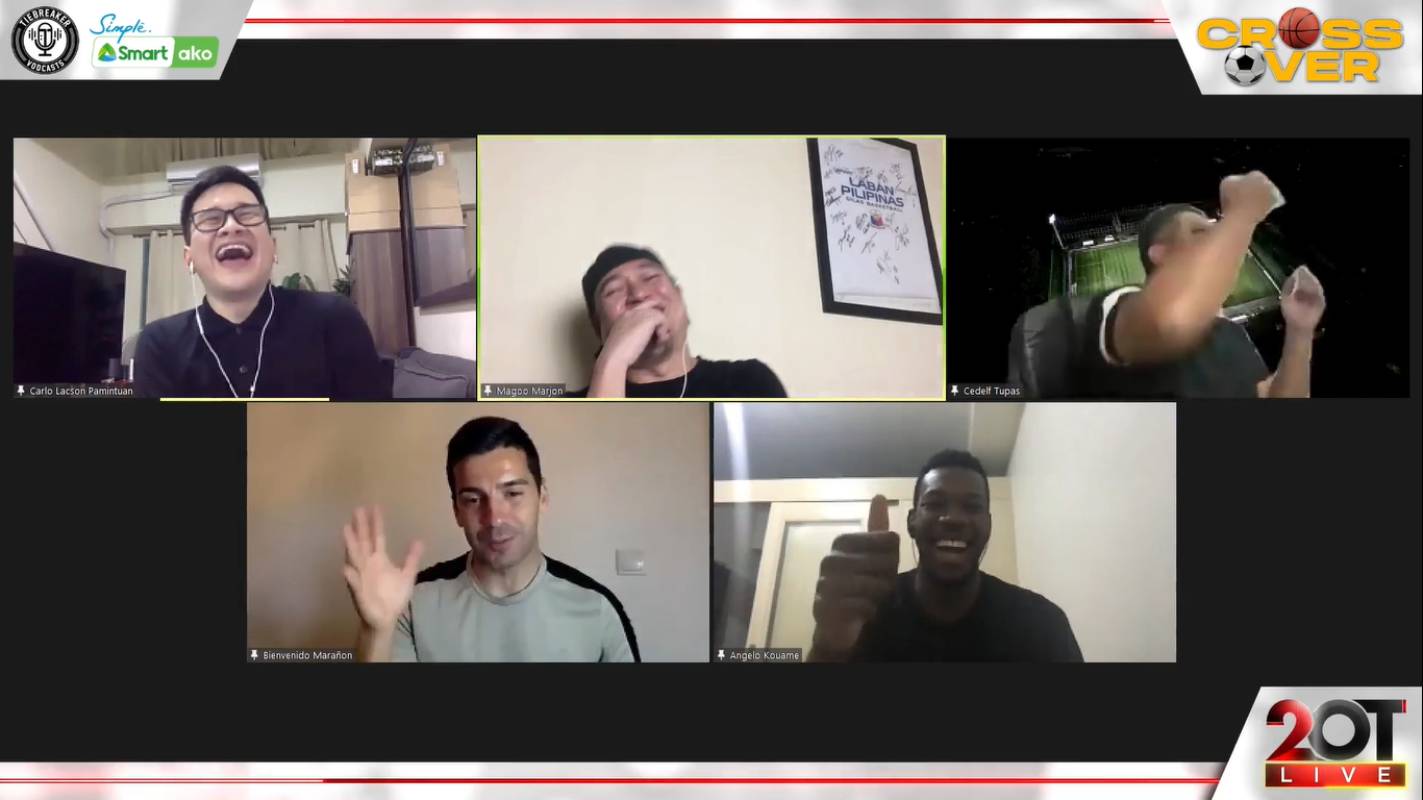 Sometimes, life gives a person a new friend during the most unique of circumstances. For Angelo Kouame, an Ivorian, and Bienvenido Marañon, a Spaniard, their quest to become Filipino citizens has kickstarted a friendship borne out of a desire to play for the Philippines.

In a special episode of 2OT x Crossover episode, the two soon-to-become-compatriots shared how they became good friends.

“It was through social media because I didn’t know Bienvenido before the first hearing. When I heard about him, I really wanted to be friends with him because we’re going through the same process; and it’s about the same goals that we’re going to,” shared Kouame, who played for and studies at Ateneo.

“I believe that helping each other in the matter of what’s going to happen and the ups and downs, it’s gonna be great for both of us. I texted him after the third hearing and we started following each other on social media, Twitter, Facebook, and Instagram, and now start to share positivity with one another.”

The efforts to grant Filipino citizenship to Kouame and Marañon took place simultaneously at the House of Representatives and the Senate. The 6-foot-10 center, though, had his bill signed into law last Monday evening. Meanwhile, the 35-year-old forward is still patiently waiting for President Rodrigo Duterte to affix his signature on his bill.

Marañon, though, chose to remain positive even if his chance to play for the Philippine Azkals in their upcoming joint 2023 AFC Asian Cup/2022 FIFA World Cup qualifiers has ran its course. He congratulated Kouame, who is now eligible to play for the Men’s 5×5 Gilas Pilipinas team headed by program director Tab Baldwin.

“Yeah, he said how we know each other and I didn’t know him before. But after the hearing together, we became friends on social media, we suffered together, and we are happy together.

“I hope I can go there soon. We can meet and we can share some moments. I’m sure in the future we will have time to spend together and enjoy together,” said Marañon, who played for United City.

When life is back to normal in the Philippines after the COVID-19 pandemic, both players wish to watch each other’s games. This camaraderie is always nice to see in athletes from different disciplines supporting each other under the Philippine flag.

“Now, I have Angelo. I will ask Angelo for the ticket, not from Cedelf.”

“When the games are, like, when people are ready to watch it, I’m sure I will give him a ticket. That’s for sure. He has to give me a ticket too,” replied Kouame.

One thing that fans should not expect from both athletes, though, is for them to trade their official shirts. Their size difference is too huge. Hence, trading tickets to their games is good enough.

“The jersey, no, because it’s too big for me,” quipped Marañon.