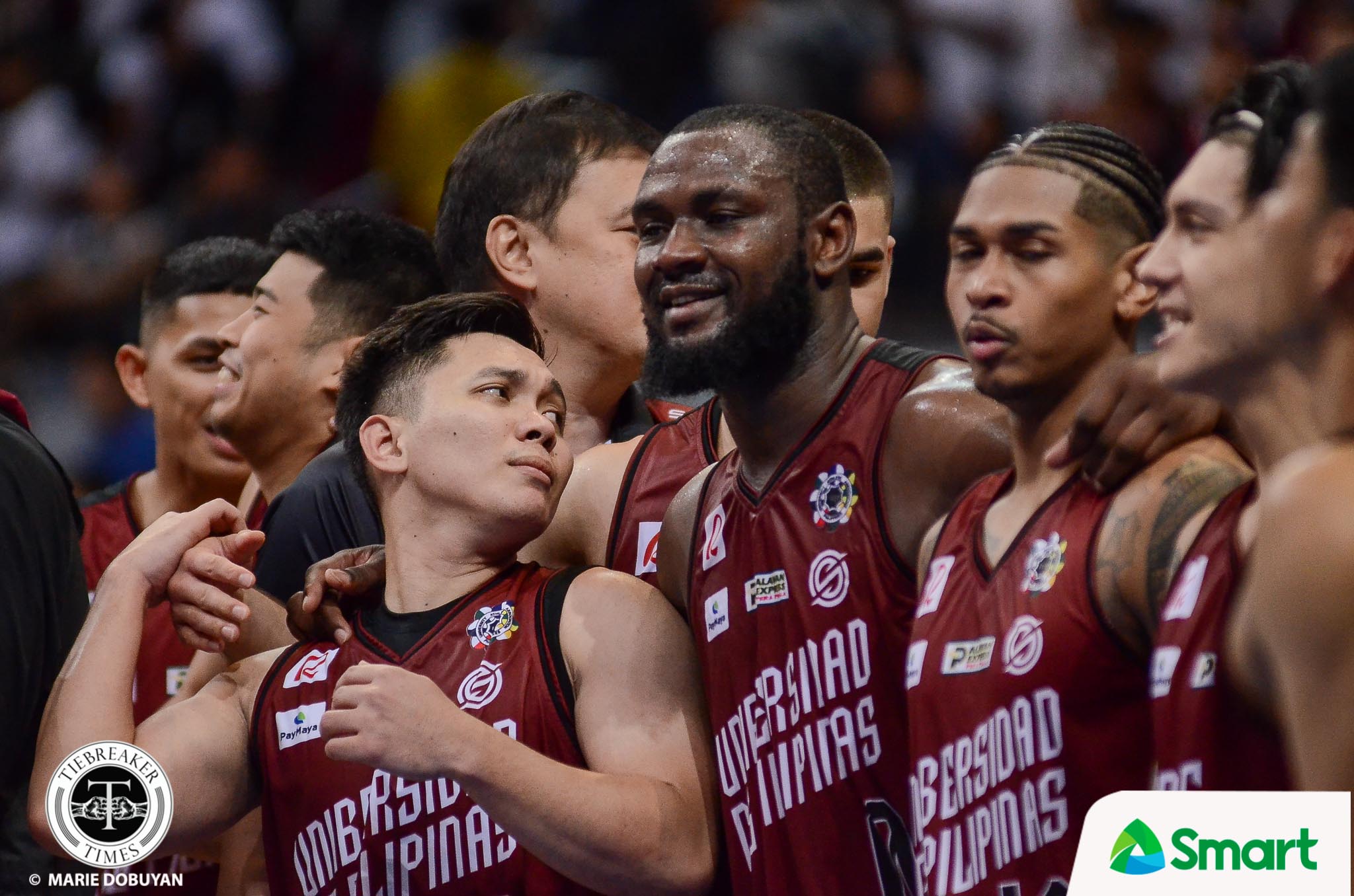 With the game and a potential second straight defeat on the line, Bright Akhuetie received the ball from the free-throw line and positioned himself to take two charities.

The loss at the hands of the UST Growling Tigers was still fresh in the minds of UAAP fans. If the University of the Fighting Maroons were to lose against the Adamson Soaring Falcons, the pressure on them would have risen.

So here was the Season 81 Most Valuable Player with the outcome literally in his hands. His team was down 81-82 in overtime against the Soaring Falcons.

Akhuetie sank both free throws. State U then held on for their second win in the UAAP Season 82 Men’s Basketball Tournament with an 83-82 result.

“I just actually blocked my head from everybody. Just focus on what you have to do and not hear people chanting, people screaming. I just took the pressure off. I just shot it,” the reigning MVP explained.

“Whatever happens, just live with it.”

It was an impressive showing of composure from Akhuetie. Beforehand, the Nigerian had to lay down for a short while to nurse one of his battle scars. Thankfully for him and the UP community, he was able to shrug the pain off en route to his game-winners. 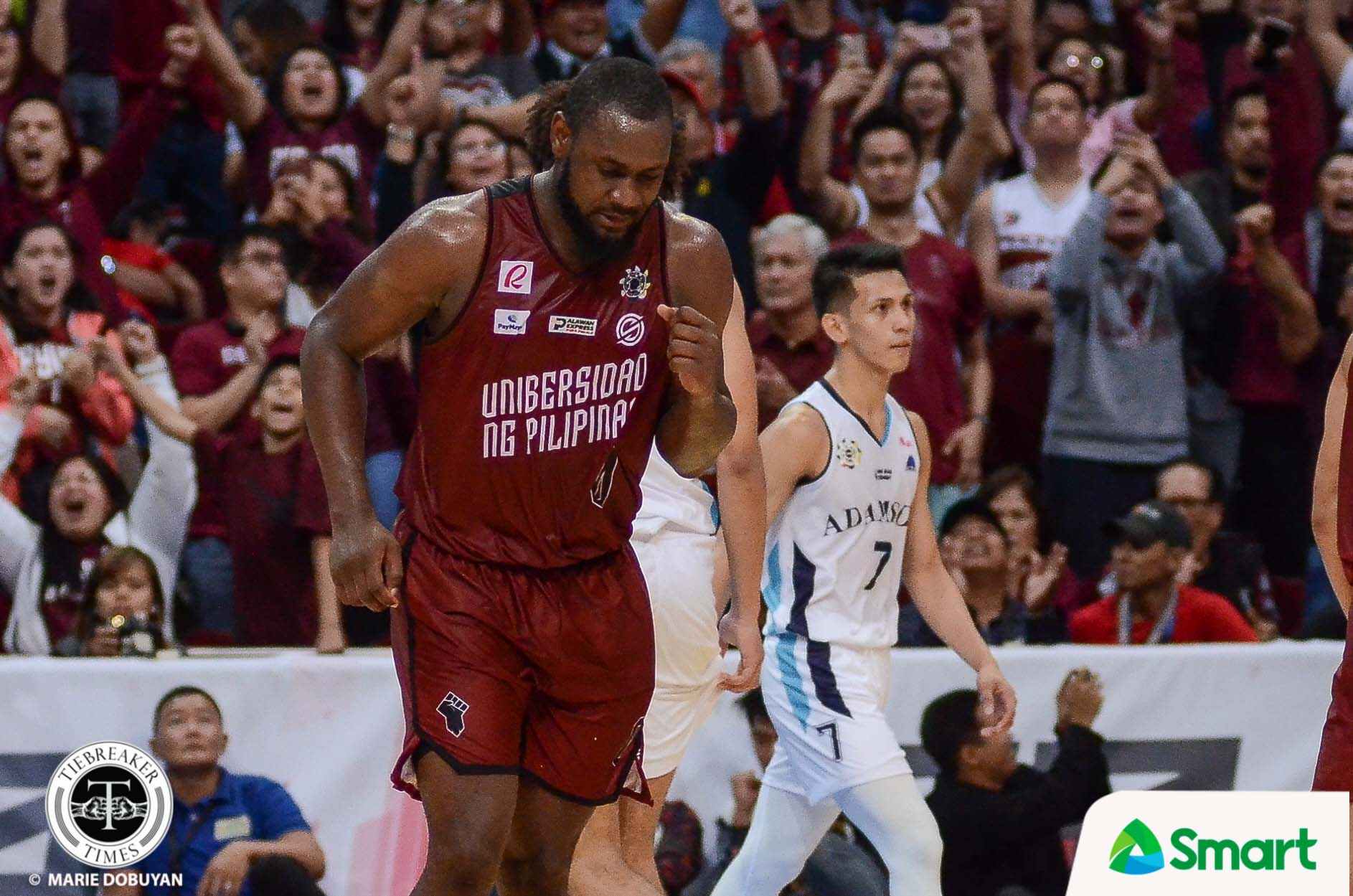 The win was all the more impressive for UP because of the setbacks they had to overcome to snatch the victory from Adamson.

The Fighting Maroons were down 16 points by halftime. They had even allowed the Soaring Falcons to lead 75-82 in the additional period. But Bo Perasol’s men demonstrated that they have that never-say-die attitude. 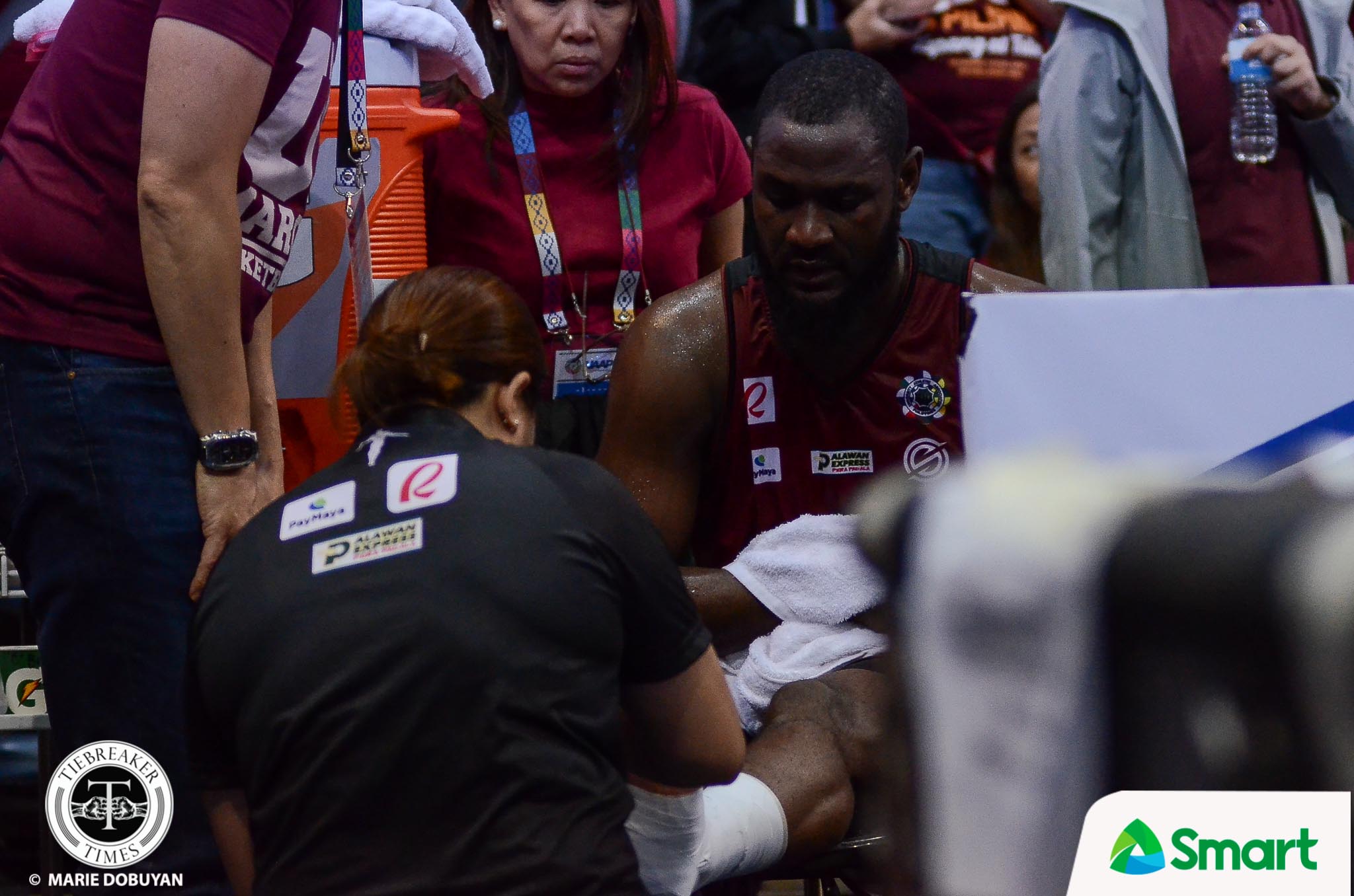 Besides Akhuetie, Kobe Paras showed why he was a prized recruit for Perasol. The debutant produced 18 markers and six boards in a stellar first game for UP, and the former University of Perpetual Help System standout was all the more happy for his teammate.

Another tough test awaits Akhuetie and the rest of the Fighting Maroons when they take on the NU Bulldogs, who are more desperate than ever to win after a three-game rot. With that said, however, tight wins just like this will only help UP become a stronger unit.

“I’m sure this is gonna boost our confidence, and we are always going to fight until the end. So yeah, why not?”

Lastimosa, Ahanmisi downcast as payback slips away from Adamson