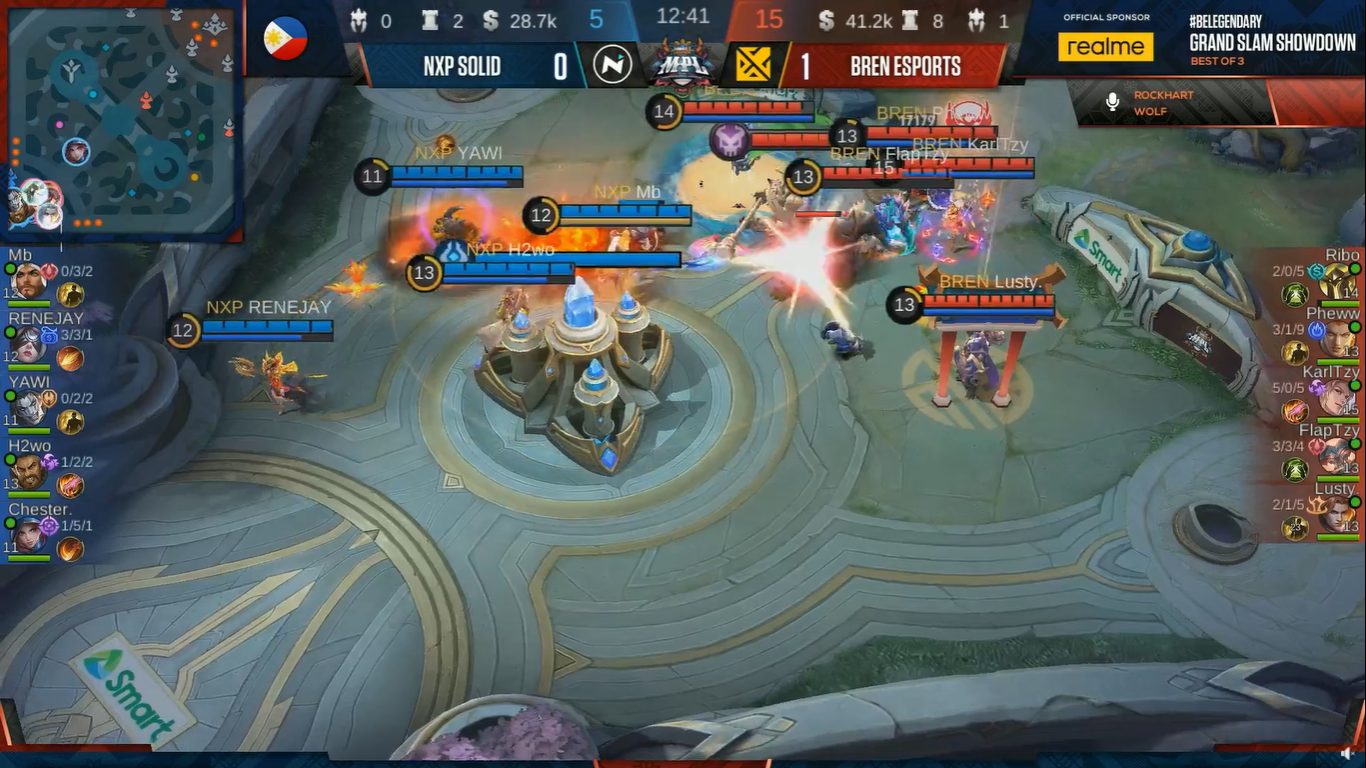 BREN team captain Pheww had his fingerprints all over the heated match between the two teams, who exchanged not so kind words on social media prior to the game.

Pheww provided the spark in Game One, taking down both Chester (Lunox) and Yawi (Grock) in the first 32 seconds of the match. This allowed BREN to have a dominant early game against NXP, notching five kills in just the 1:03-mark of the game.

The Southeast Asian Games gold medalist provided five kills, two deaths, and 10 assists in the Game One victory while Ribo, who was named match MVP, had a KDA of 3-0-10.

The men in black had the same story in Game Two with Pheww once again leading the charge. He put up three kills, a death, and 10 assists using Valir and was accounted for 13 kills in BREN Esports’ total of 17.

KarlTzy (Lancelot) finished with seven kills and five deaths while Lusty, who brought out an unusual pick in Tigreal, pumped in two kills, a death, and six assists.

With the victory, BREN Esports won its eighth game in nine outings and strengthened its grip of the number seed in Group B. The team already secured its playoff slot yesterday after BSB’s lost to ONIC and has 23 points in total.

H2wo was limited to just a kill, two deaths, and two assists for NXP, who fell to a 4-6 standing for 11 points in Group A. The AkosiDogie-managed squad also secured its playoff spot last Saturday.

In the other games, Blacklist International swept BSB, 2-0, while Execration took down ONIC PH, 2-0.

Blacklist and Execration forged a two-way tie in the second spot of Group A with a 5-4 record both with 17 points.

BSB (six points), who lost their ninth match in 10 games, will be battling Cignal Ultra (10 points) for the final playoff spot in Group B while ONIC PH remained in the third seed in the same group with a 6-4 record – good for 15 points.