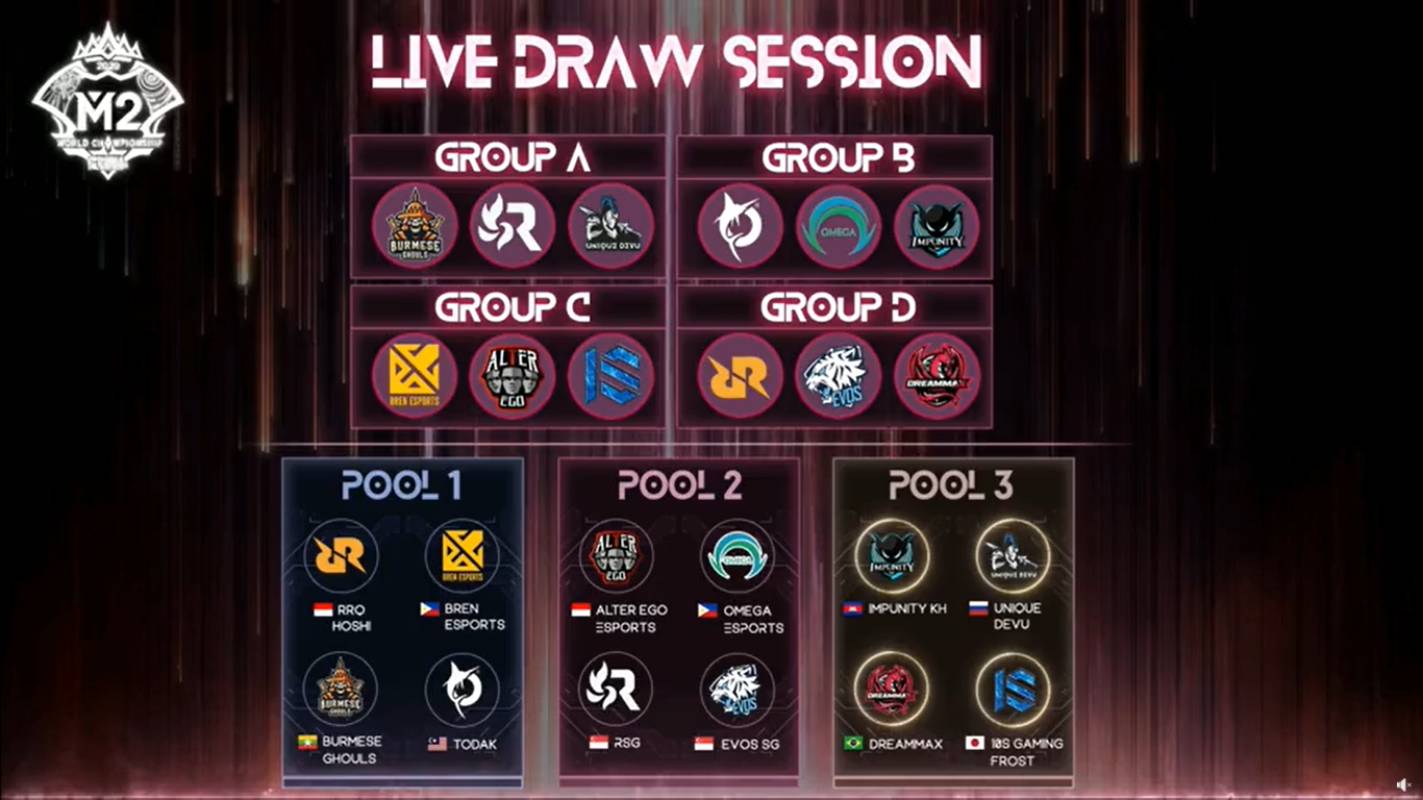 BREN Esports will have a shot at redemption come the M2 World Championships this coming January.

The reigning MPL-Philippines Season Six champions will be leading a stacked Group C that also has the likes of MPL-Indonesia grand finalist Alter Ego — the same team that ousted them in the finals of the ONE Esports: MPL Invitational — and 10S Gaming Frost of Japan.

Meanwhile, MPL-Philippines second placer Smart Omega will be going up against MPL-Malaysia/Singapore champion Todak along with Cambodia’s Impunity KH in Group B.

Group A will have MPL-Myanmar winner Burmese Ghouls, Resurgence of Singapore, and Unique Devu of Russia.

MPL-Indonesia titlist RRQ Hoshi will be bannering Group D along with EVOS Singapore and Brazil’s Dreammax.

A total of 16 teams battled it out last year in the first-ever M1 World Championships, but the effects of the on-going coronavirus pandemic forced Moonton to trim it down to 12 this time around.

EVOS Legends, who won the inaugural title, will not see action in the global meet after crashing out in the first round of the MPL-Indonesia playoffs.

The group stages will begin on January 18 until the 20th in Singapore while the playoffs will take place two days later from January 22 to 24.