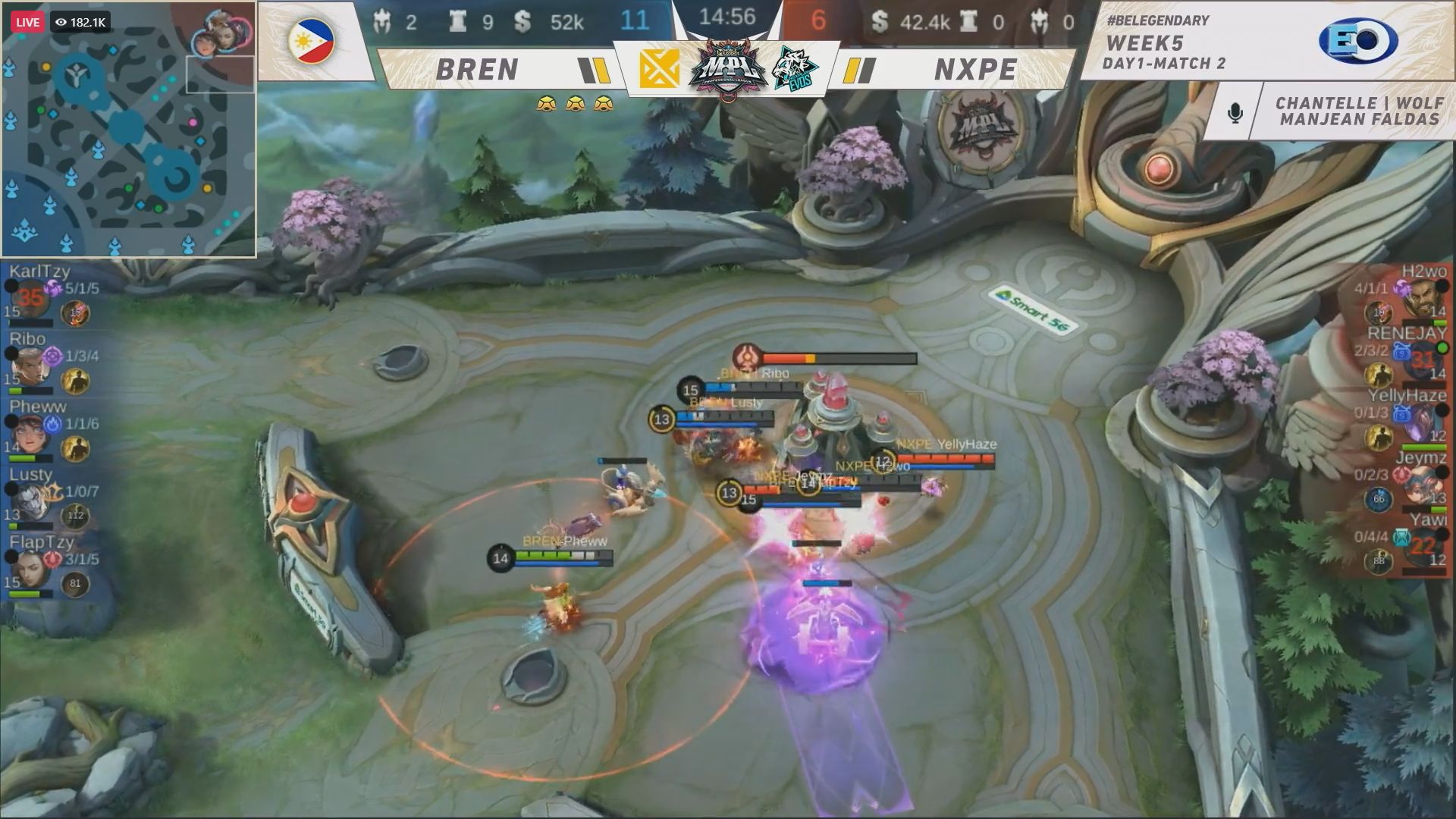 Bren Esports picked up its first streak of the season after sweeping its season matchup against Nexplay EVOS via a 2-1 result in Mobile Legends: Bang Bang Professional League-Philippines Season Eight-Philippines, Saturday.

The reigning world champions were coming off a 2-1 win against the same squad last Sunday. They improved their standing to 3-6 for nine points to remain at the seventh spot.

After a nip-and-tuck affair in the first two games, Bren Esports stomped on Nexplay EVOS in Game Three, all thanks to the early game exploits of CJ “Ribo” Ribo (Chou) and Allan “Lusty” Castromayor (Khufra). 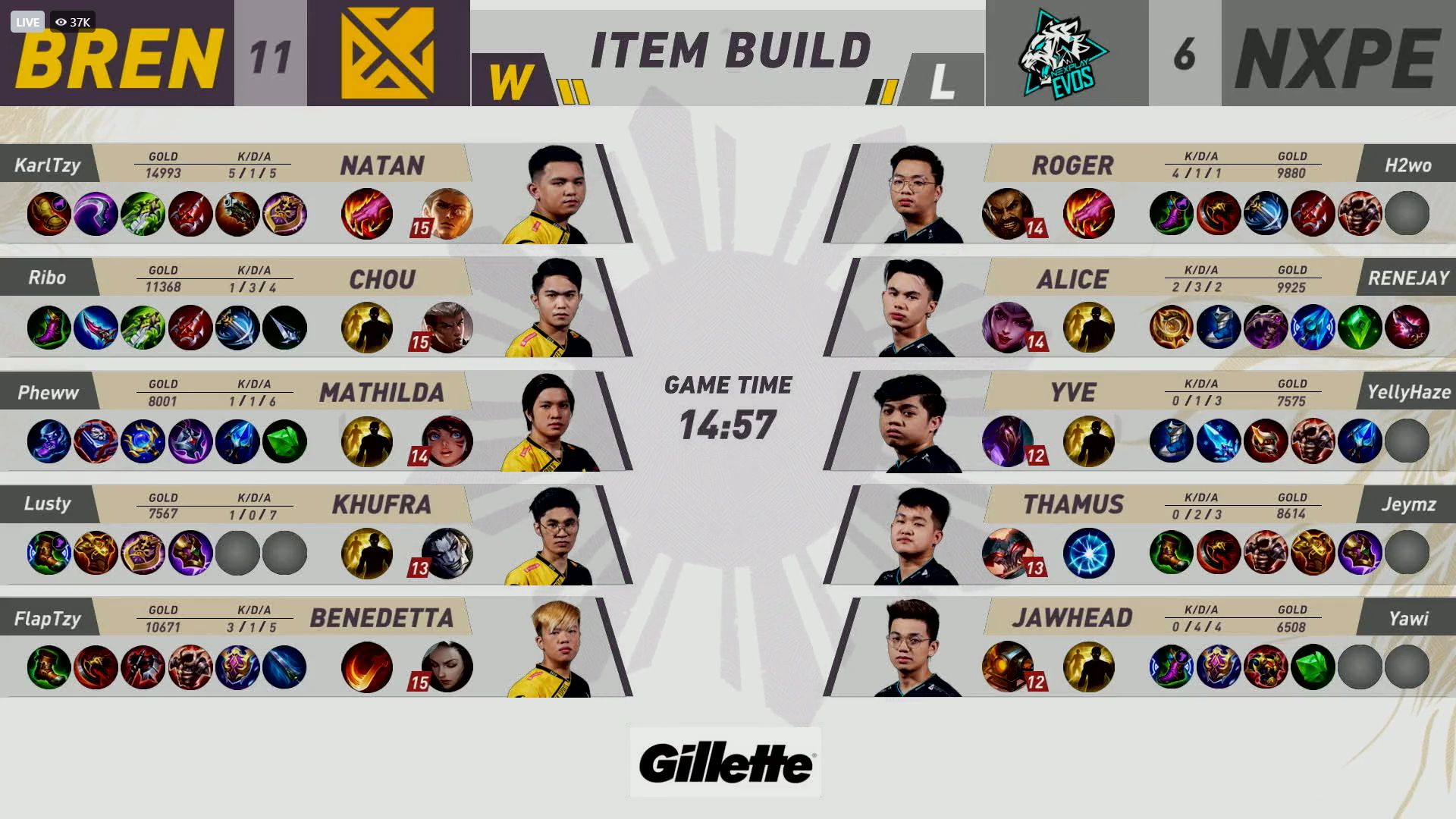 Yawi was named the SMART 5G MVP in Game One with a game-high 11 assists. He also had a kill and a death in the 23:14-minute match. 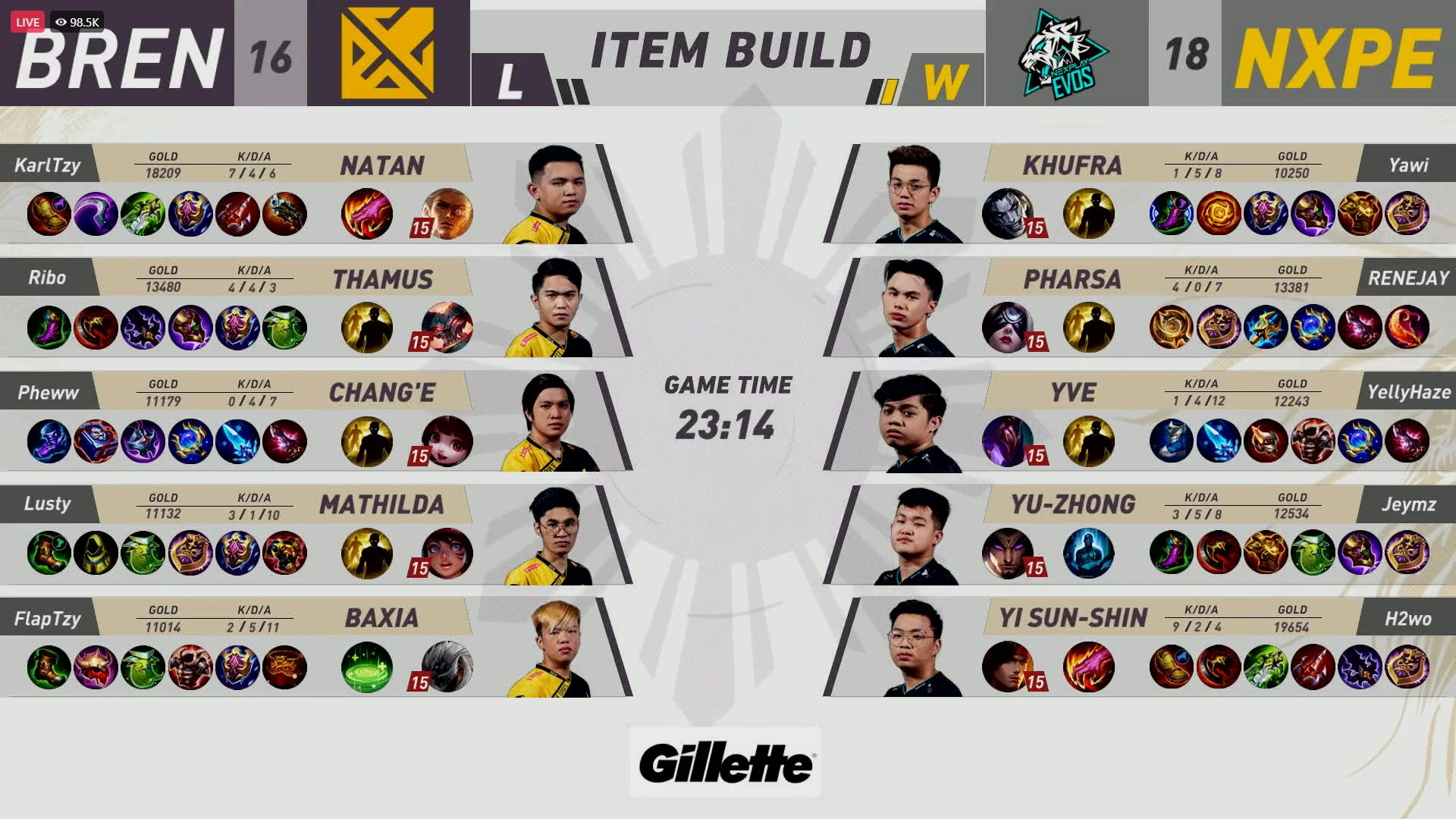 The tides turned to in Game Two when the Jeniel “Haze” Bata-anon-led Nexplay EVOS took the early game by storm.

Bren Esports, however, pulled a come-from-behind win of their own through exceptional flanks from FlapTzy’s Thamuz. FlapTzy took the SMART 5G MVP with four kills, a death, and eight assists in the tight 19-18 win which ran for 21 minutes and 49 seconds. 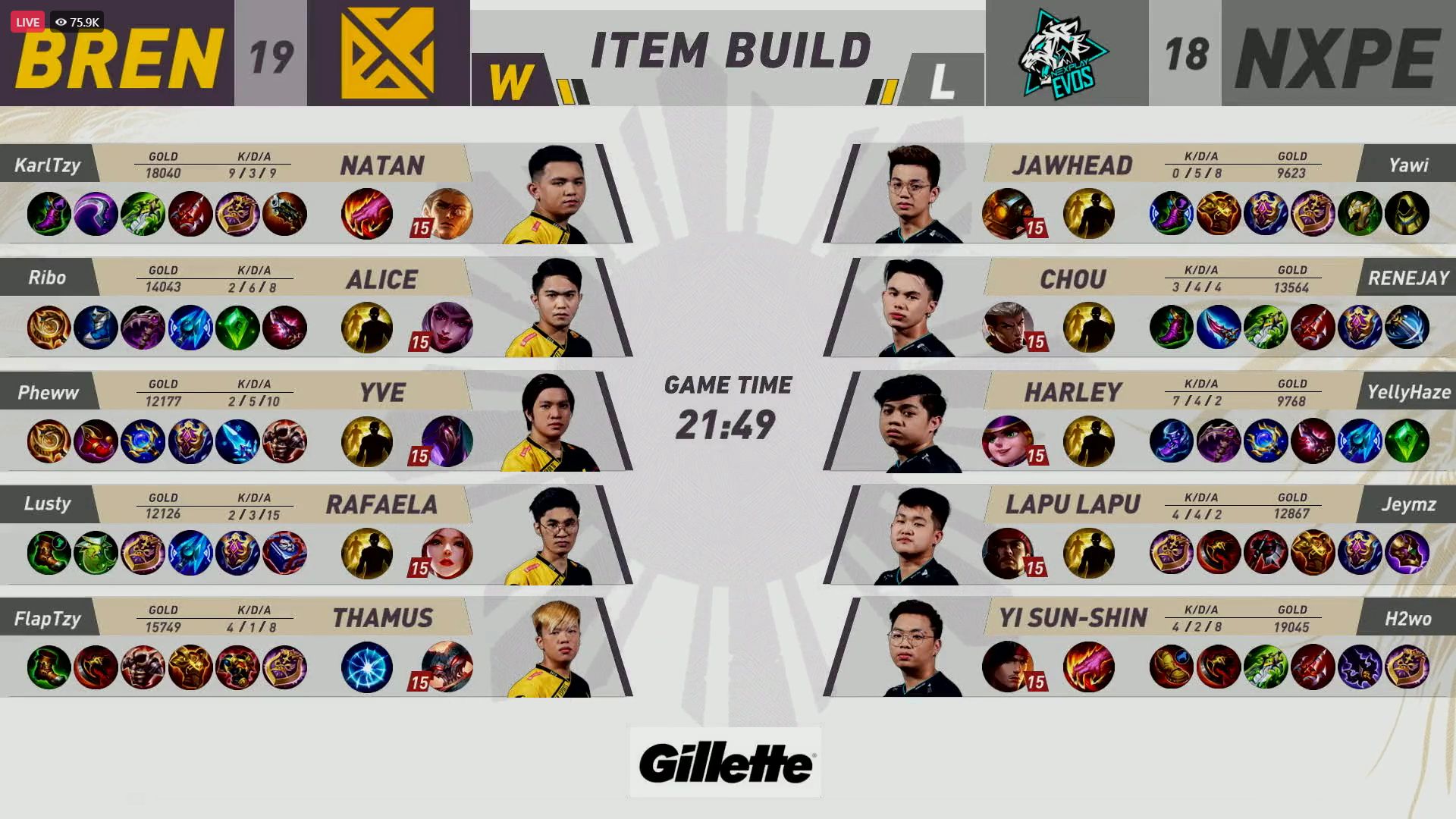 Despite the loss, Nexplay EVOS kept the fifth spot with 11 points through a 3-5 standing.

Bren Esports will take on ONIC PH later in the day at 8:00 PM. Meanwhile, Nexplay EVOS looks to bounce back against the same squad on Sunday also at 8:00 PM.