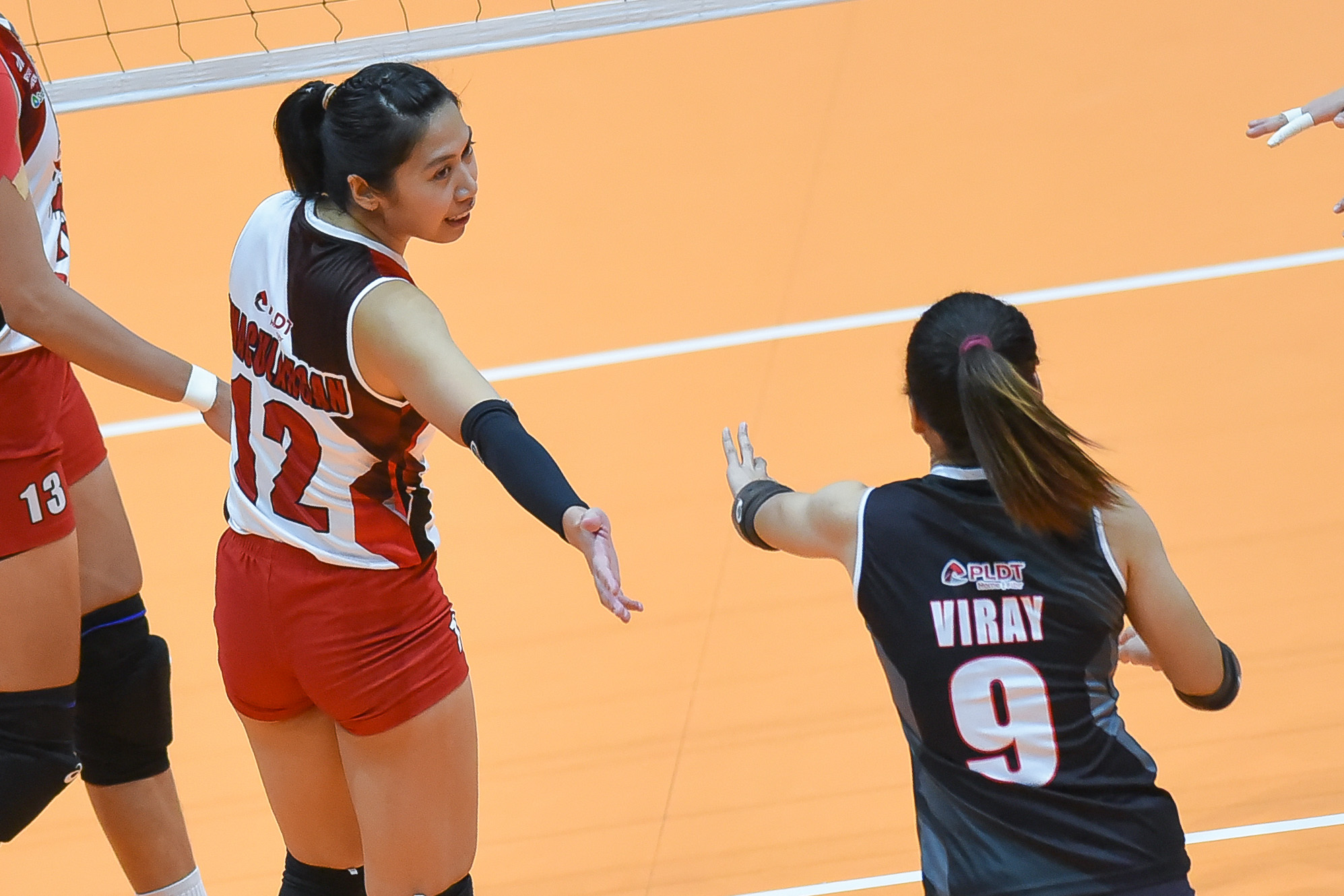 PLDT had a solid start to its 2022 Premier Volleyball League Invitational Conference campaign, sweeping Army-Black Mamba to take the early lead in the six-team semifinals standings.

Team captain Rhea Dimaculangan said that the win was definitely a huge confidence booster for the High Speed Hitters, who finished the elimination round at the number two spot all thanks to a 4-2 win-loss record.

In the semifinals, the top four teams from the elimination rounds namely Creamline, PLDT, Cignal, and Army along with the two foreign squads Kobe Shinwa Women’s University and KingWhale Taipei will figure in the single round robin where the top two squads will advance to the finals.

So far, the High Speed Hitters are sitting at the top spot with three points after scoring a sweep against the Lady Troopers while the rest of the field have yet to see action in the semis.

Dimaculangan shared that she was happy with the way the team performed against Army but she also reminded her teammates to not be complacent as there are still bigger battles ahead in the semifinals.