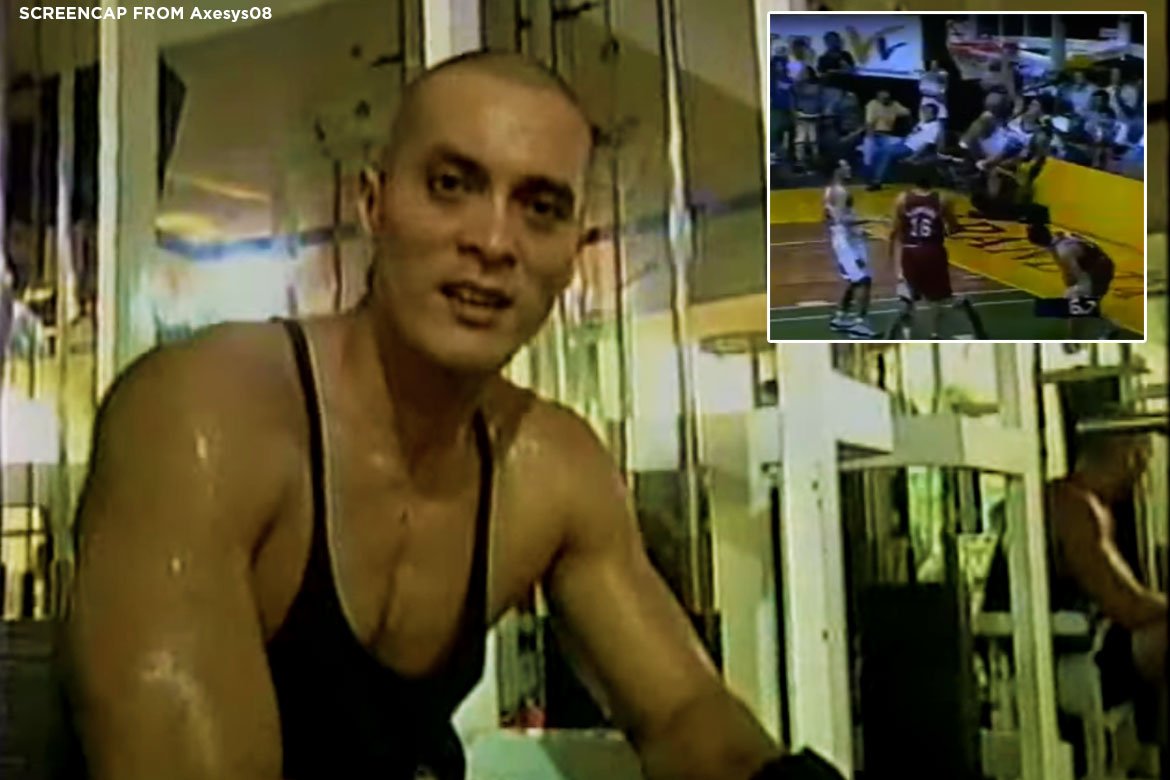 One can only imagine how Bong Alvarez would’ve filled up the online stratosphere had social media been a thing during the time he wowed the crowd through his high-leaping, slam-dunking acts.

Thankfully, YouTube allows sports fans to revisit some of the best moments of the yesteryears, and that includes a few of the highlights “Mr. Excitement” had produced during his heydays.

But it’s too unfortunate that the dunk which Alvarez calls his most memorable is nowhere to be found on the internet.

Alvarez was with San Miguel then, when he faced Redfield and Shell. Although he doesn’t remember exactly when that PBA game happened, he can still recall vividly how that sequence played out.

He recounted that he stole the basketball from Redfield and looked to finish strong with a dunk. But he noticed the former Best Import going after him, looking to swat his shot away.

Instead of getting intimidated with the defense, though, Alvarez pulled off what became an unforgettable jam for him.

That dunk was so impressive that San Miguel even made a TV commercial out of it. “Yun talaga ang pinakamaganda. ‘Di ba, ginawa pang commercial ng San Miguel ‘yun?” Alvarez said.

READ  Playing without Valdez a chance to improve for Creamline, says Jia Morado

Even Redfield was left amazed, giving props to Alvarez post-game. And that then started a friendship between them.

For Alvarez, he can still remember some of his best dunks, especially those against foreign reinforcements. But unfortunately, like his dunk on Redfield, they aren’t anywhere on the web.

Had social media been such a big deal — like it is today — during his time in the 1990s, then things might have gone differently. More of his highlights would’ve been online for millions to see, perhaps.

Even Alvarez, the fourth overall pick by Alaska Milk in the 1989 PBA Draft, acknowledges that.