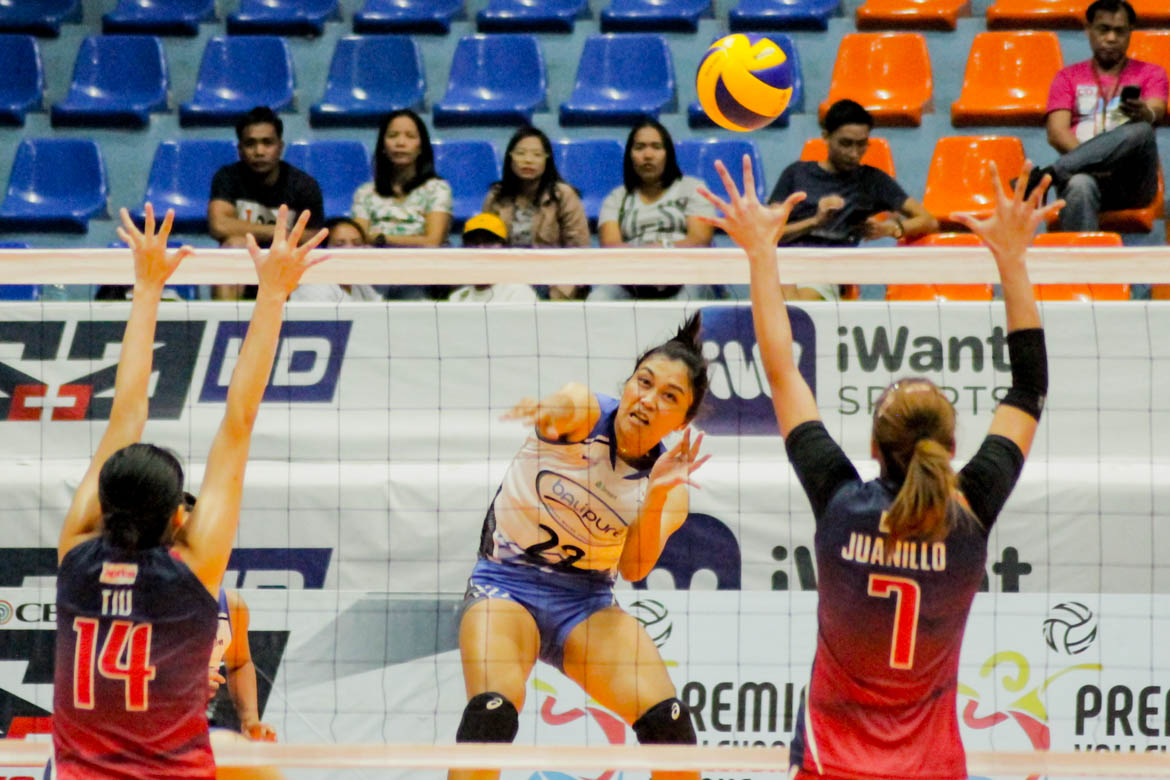 Bombita fired 27 points — all from the attacking department — to give the Water Defenders their third victory in 13 outings.

Already holding a 2-1 advantage, Bali Pure lost their footing in the fourth set. That paved the way for Chefs Classics to forge a decider.

Entering the fifth set with momentum not on their side, the Water Defenders fell to a 6-10 disadvantage. As the Red Spikers looked to wrap things up, Bombit then scored on back-to-back hits to ignite a 4-1 rally which sliced the lead to just a point.

A nip-and-tuck affair ensued which saw Bali Pure at match point after a service error from Iris Oliveros.

The Water Defenders could not capitalize, though, as Justine Tiu fired two consecutive hits to turn things around and place the Red Spikers at match-point. However, Menchie Tubiera scored off the block to knot things up.

Sattriani Espiritu put her squad at match point once more with a block on Tiu. Bien Juanillo then was called for a net touch after a block attempt which spelled doom for Chef’s Classics.

READ  Godfrey Okumu hopes for extension on Molde, Carlos, other UP seniors

Espiritu contributed 15 points on 12 attacks, two blocks and an ace. Meanwhile, Tubiera also finished with 15 points to go along with 17 excellent digs and 14 receptions.

Vira Guillema – who left the match in the fourth set due to cramps – dished out 36 excellent sets while also tallying two markers while defensive specialist Glyka Medina tallied 17 digs and 14 receptions.

Nieza Viray chipped in 19 points while Ella Viray had 13 markers for Chef’s Classics.

Bali Pure look to carry their momentum on October 6, Sunday, against the Air Force Lady Jet Spikers. On the other hand, Chef’s Classics will look for their first win when they face the Petro Gazz Angels on October 2, Wednesday.