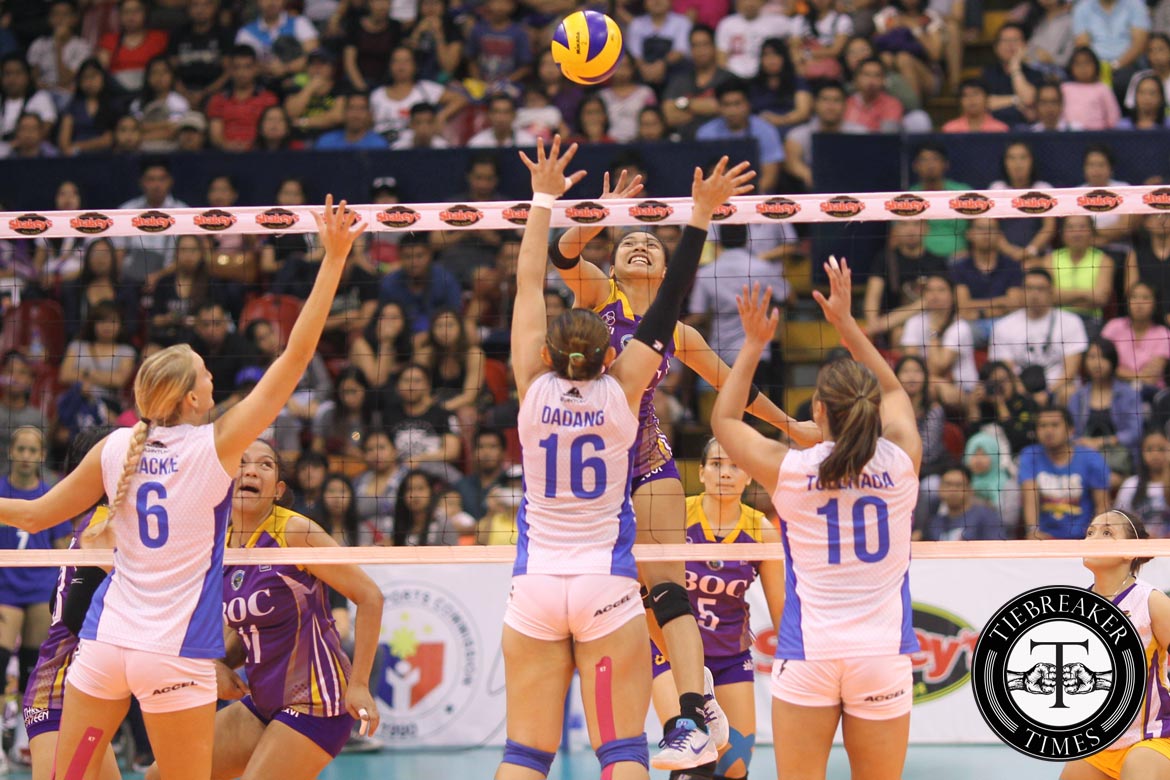 Gloom fell on the Bureau of Customs locker room after suffering a decisive loss to the Pocari Sweat Lady Warriors in Game One of the 2016 Shakey’s V-League Reinforced Conference, Saturday evening at the PhilSports Arena.

There were few positives to take away from the loss. The Lady Warriors executed an impervious, unrelenting defense for which the Transformers’ had no reply except for frustrated looks to each other.

Meneses rued his team’s attack errors which came as a result of poor service reception. However, the young mentor remains confident especially in his skipper Alyssa Valdez’s ability to carry a team.

The two-time SVL MVP Valdez was humbly surprised by his coach’s statement. The spiking pride of Batangas, instead, declared that her team’s hopes lie with her teammates.

“It was a tough loss for the team. Pocari is really strong but we had so many errors today. It shows na we really come prepared and train harder. Hopefully this helps the team. Wala naman kaming puwedeng gawin kundi maging stronger heading into the second game.”

Pulling from her Ateneo mentor Tai Bundit, Valdez stressed the importance of keeping a happy atmosphere from that point onward.

“It’s important for us to remain positive and focus on our preparation. As an athlete, that’s all you can do – to keep yourself motivated and to share that and influence your teammates.”

Manuel on last game: ‘The sweetest farewell was seeing support for the team’