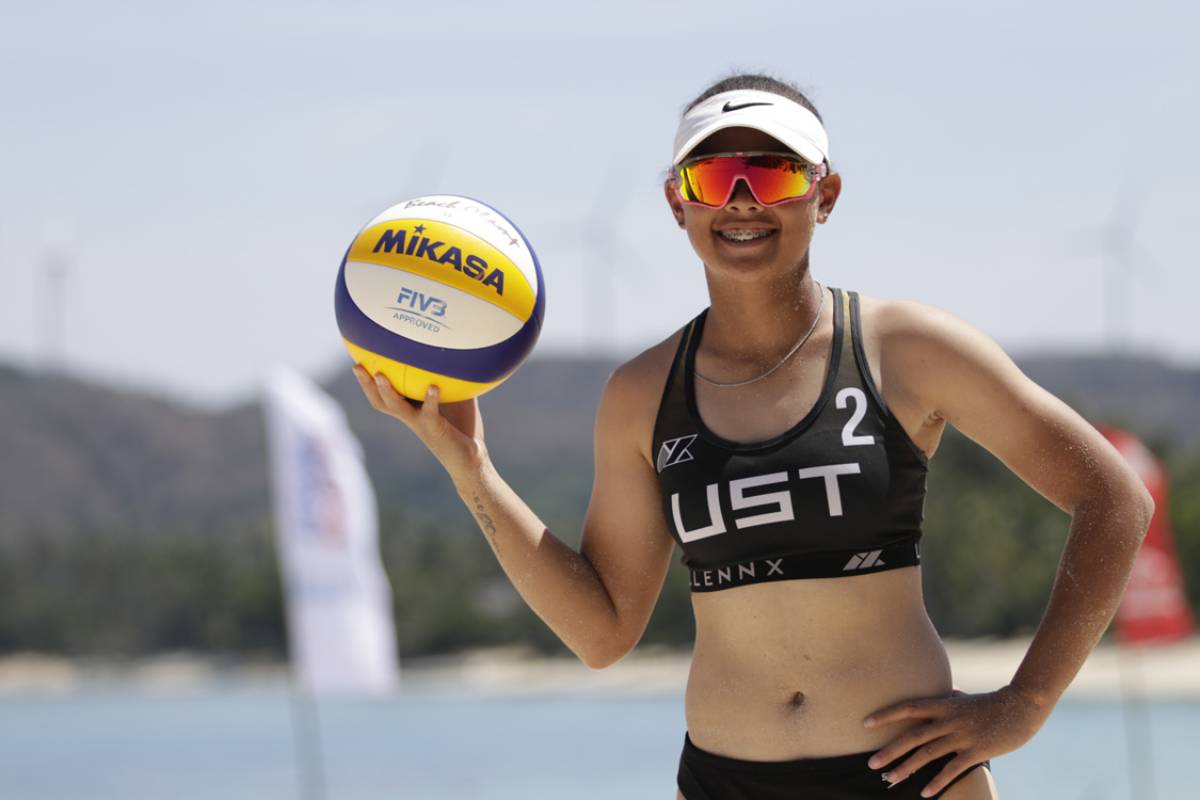 Dzi Gervacio, one-half of the Dzi-Dij twosome of the Philippine Women’s National Beach Volleyball squad suffered a knee injury prior to the 2021 AVC Continental Cup slated to begin tomorrow in Thailand.

Gervacio and Dij Rodriguez were the nationals’ Team B which won bronze in the 2019 Southeast Asian Games together with Sisi Rondina and Bernadeth Pons.

With the sudden void that need to be filled, 22-year-old Babylove Barbon has been inserted to partner up with veteran Rodriguez.

Barbon is a young face in the national squad but sure has a ton of experience in her bag. She was the UAAP Season 81 Rookie of the Year, partnering with Rondina’s last run for UST.

The next season, the 5-foot-3 spiker became a woman of herself, leading the Tigresses to the championship all while nabbing the MVP plum.

But Barbon knows she sure has a lot of things to learn still, sponging in everything she can gather from teammate Rodriguez heading into their first international tournament.

The newly-formed Blove-Dij duo alongside SiPons will have their hands full in the Continental Cup, with Japan and New Zealand as the hurdles for the team to make the final round.

But the youthful Barbon, despite the odds, still believes the country can win games against the powerhouse teams they have to beat.

#ReadMore  All PBA teams test negative for COVID-19 after second round of tests
In this article:2021 AVC Continental Cup Final, Babylove Barbon