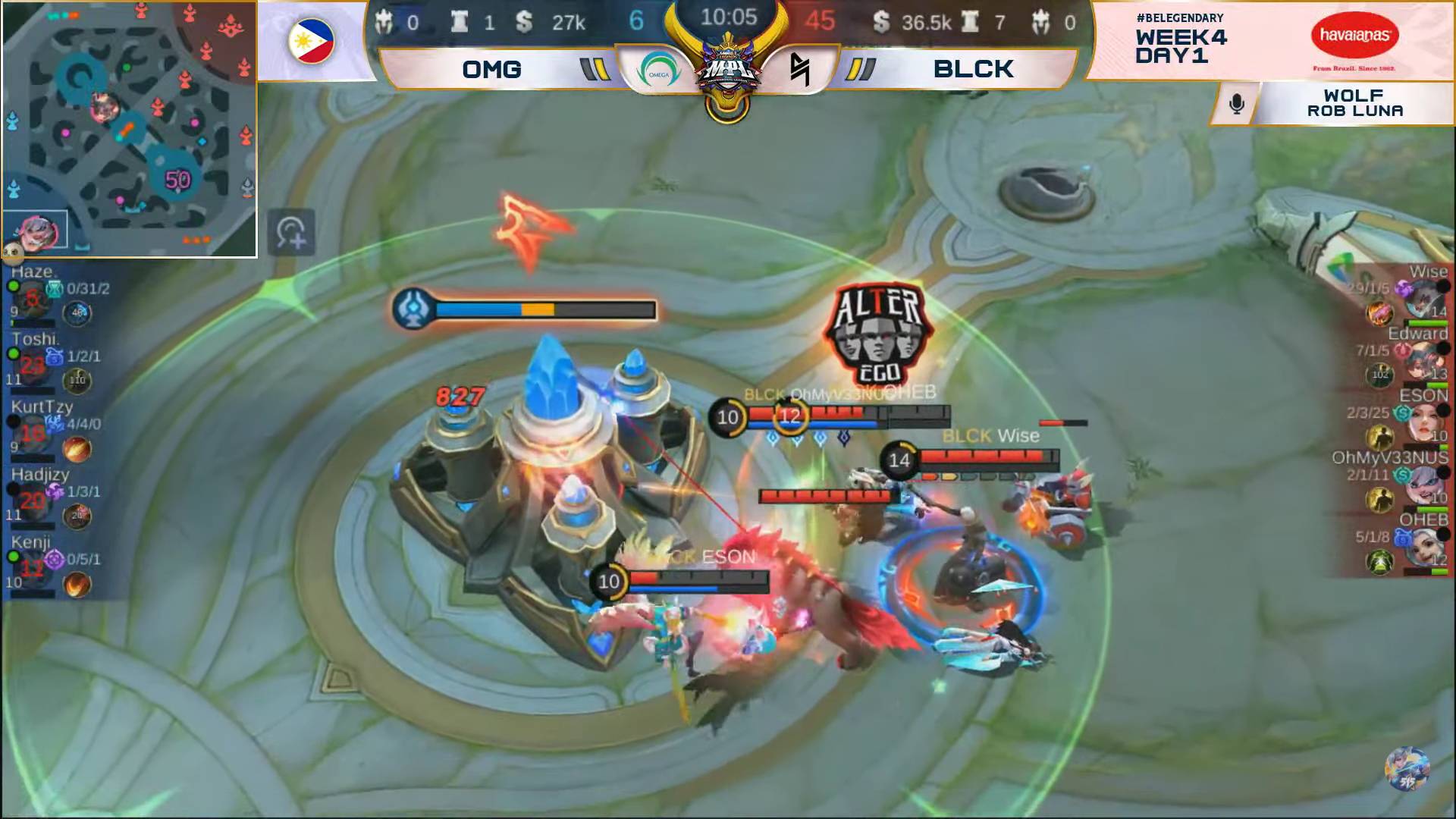 This is Blacklist’s sixth-straight victory of the season, solidifying its hold of the number one spot in Group B with 15 points.

It was a Diggie strategy turned wrong for Omega Esports in Game Three. The Rafaela of Mark “ESON” Gerardo gave Danerie “Wise” Del Rosario’s Granger — who does not have a mana bar — enough sustain to counteract the feeding antics of Jeniel “Haze” Bata-anon.

That, along with the crucial outplay from Edward “Edward” Dapadap (Thamuz) on Omega jungler Salic “Hadjizy” Imam (Claude), spelled doom for Omega.

When the dust settled, Wise finished with a career-high 29 kills along with five assists and a death. Meanwhile, ESON had 25 assists laced with two kills and three deaths.

Johnmar “OhMyV33NUS” Villaluna (Popol and Kupa) snatched the Smart MVP award with two kills and 11 assists against just a death in the 45-6 Game Three win. 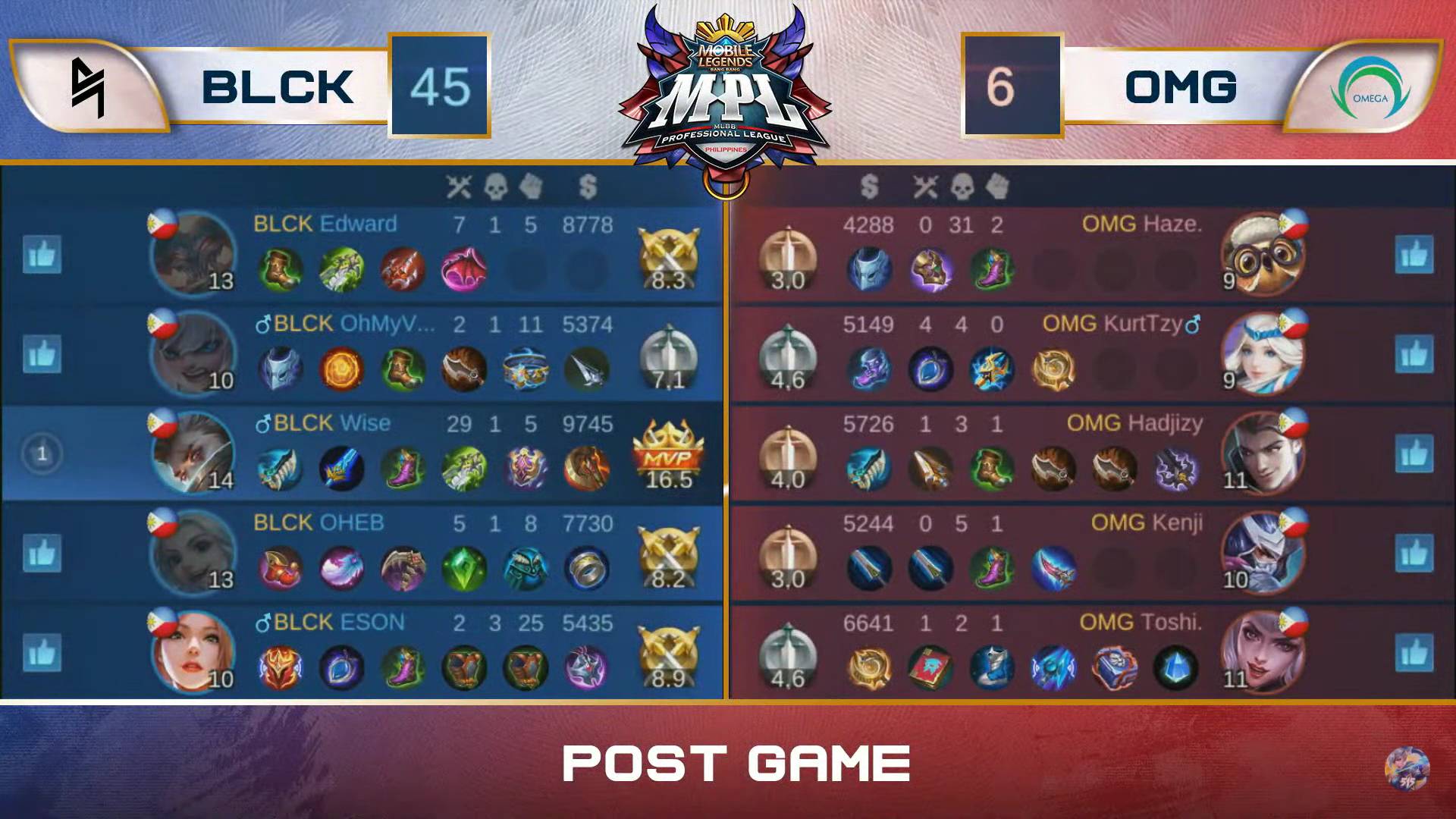 On the other hand, Haze ended up with 31 deaths and two assists.

Blacklist International, through the early game dominance of Edward’s Lapu Lapu, wreaked havoc in the early parts of Game One to secure a huge advantage.

Omega then tried to initiate with the same backdoor play a few minutes later. The Smart-backed squad failed to get a kill on Wise’s Granger, though, leading to their downfall.

Edward, who constantly jumped Omega’s backline, won the Smart MVP award in the 15-11 Game One victory. He had six kills, two deaths, and an assist. 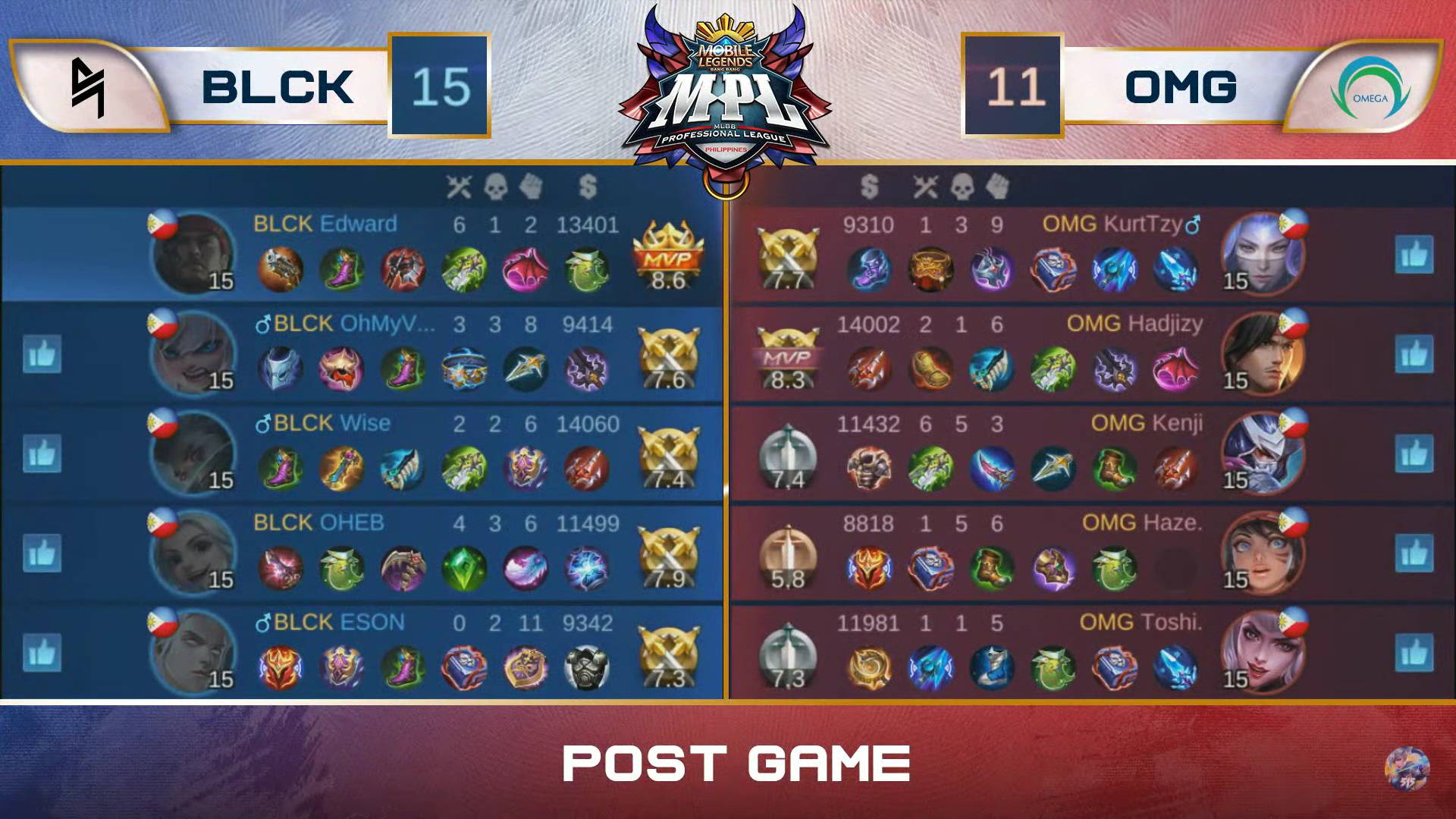 Just like in Game One, Blacklist International started out strong in the following match.

Only this time around, Omega Esports was able to take a win through an epic comeback spearheaded by KurtTzy’s Kagura and Hadjizy’s Claude. 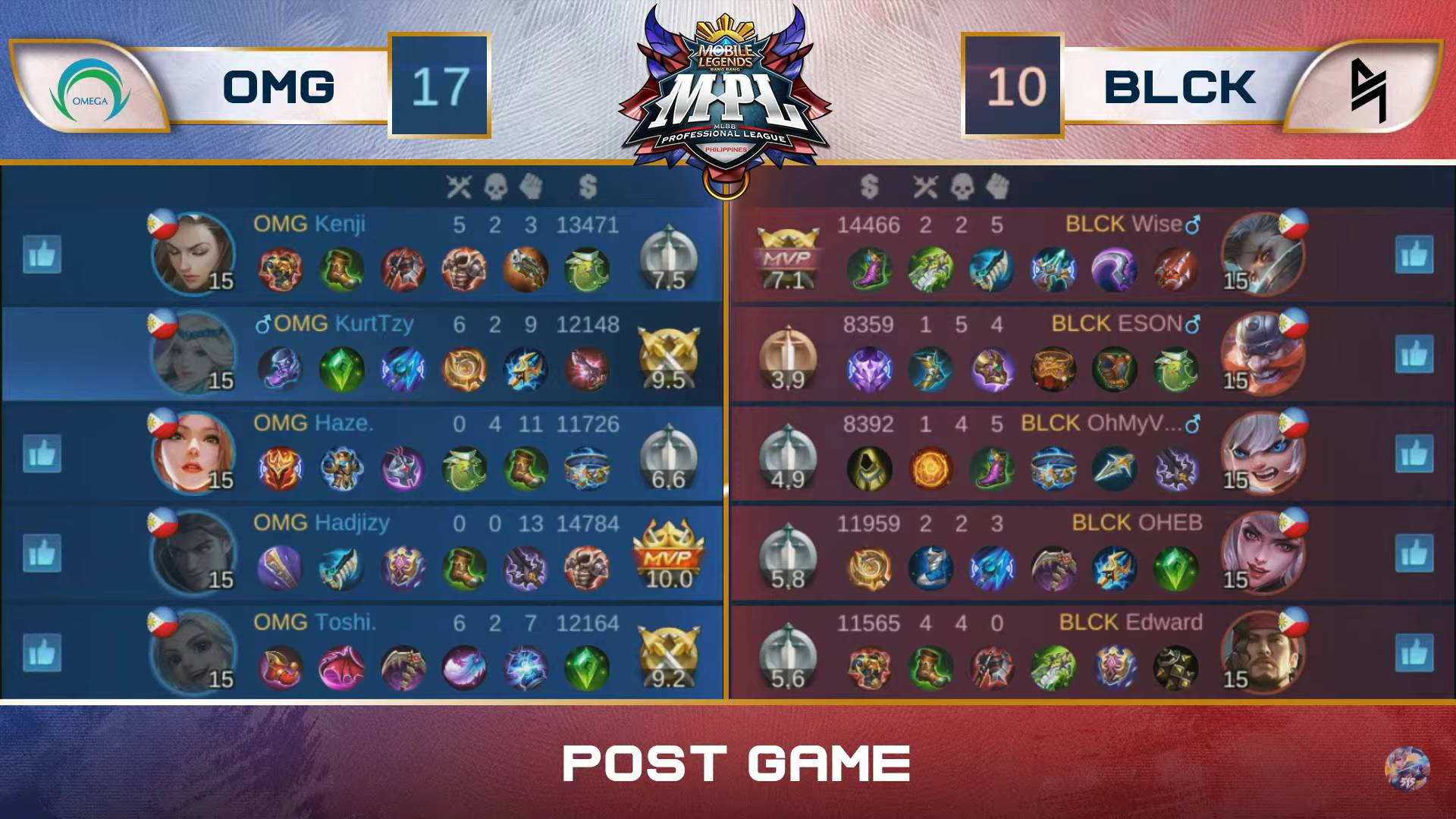 Omega Esports will remain in the fourth spot in the same group with eight points and a 2-4 standing.