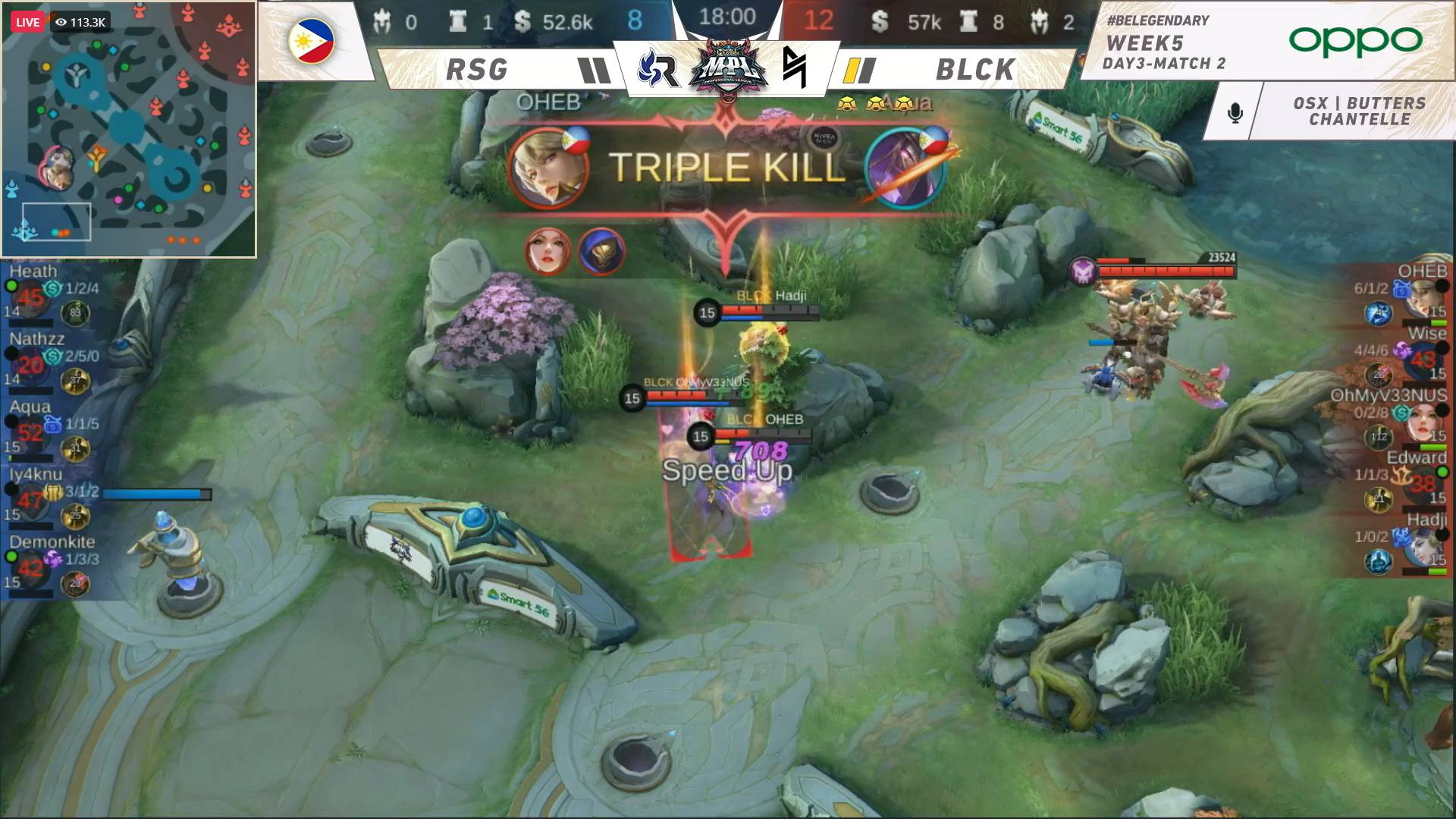 Blacklist International punched its ticket to the playoffs after claiming its tenth-straight victory at the expense of RSG PH, 2-0, in Mobile Legends: Bang Bang Professional League-Philippines Season Eight, Sunday night.

The Tier One-backed squad now has a league-best 26 points through an immaculate 10-0 standing.

Blacklist International showed great composure in the opener, mounting a huge comeback to take the 1-0 advantage over RSG PH.

A kill on Nathaniel “Nathz” Estrologo’s Uranus down the bottom lane sealed the deal on Blacklist International’s rally.

Kiel “OHEB” Soriano’s Alice, who had a slow start in the match, notched the SMART 5G MVP plum with seven kills and four assists against just two deaths in the Game One win which ran for 16 minutes and 24 seconds. 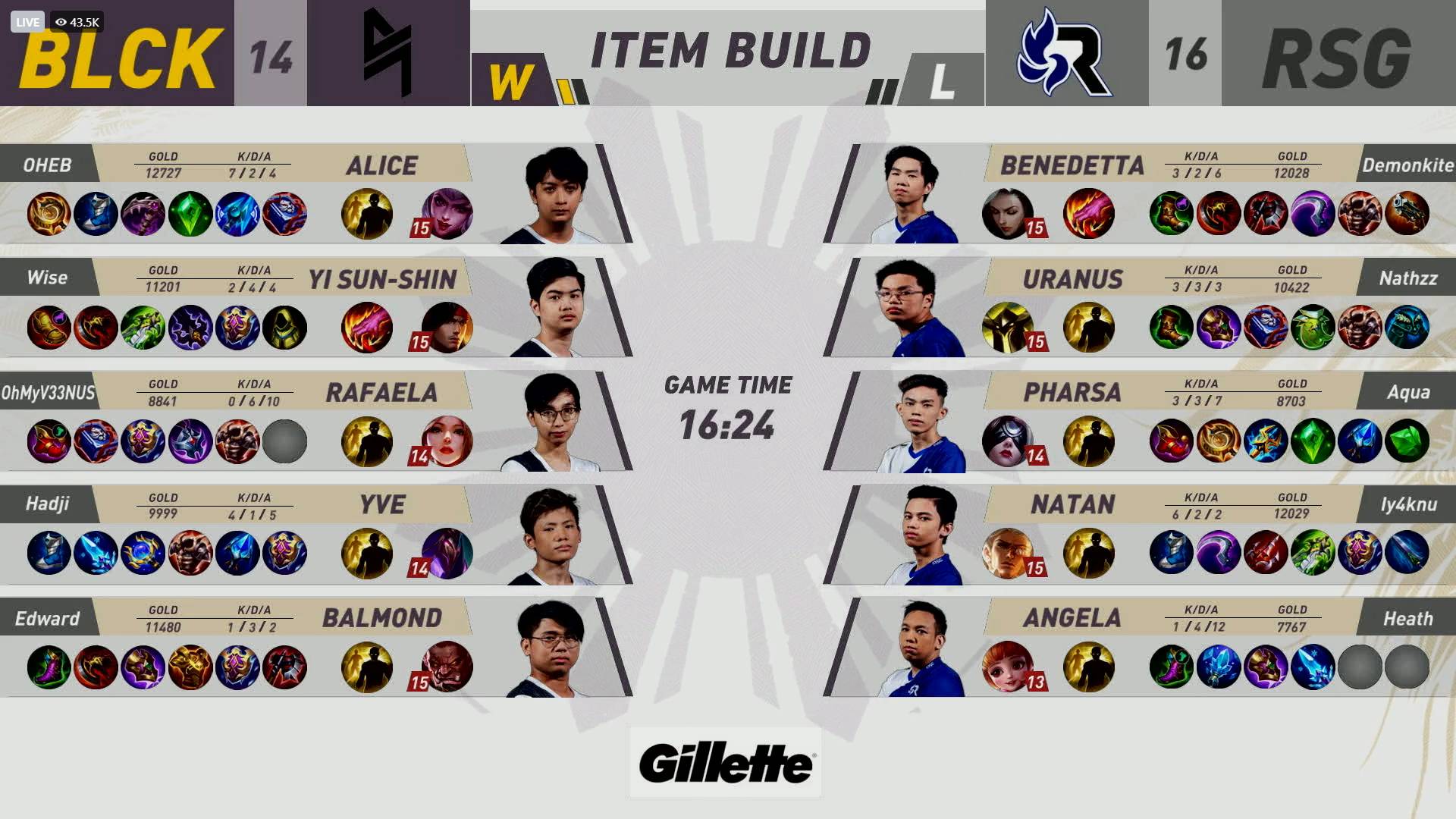 In the second match, OHEB once again showcased his wares this time with Kimmy on his hand leading Blacklist International to a 12-8 Game Two win in 18 minutes and 12 seconds. 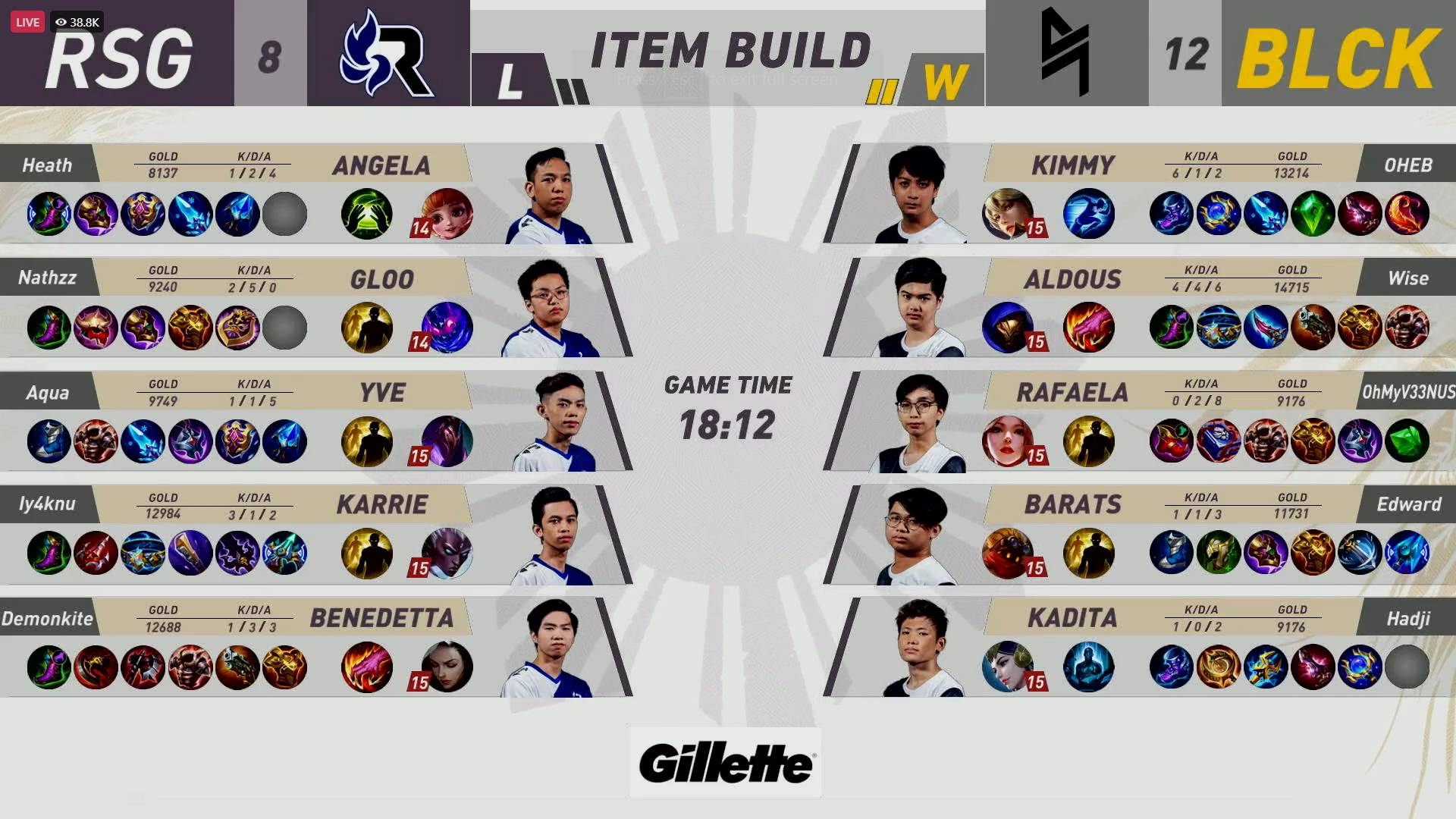 RSG PH tried to mount a comeback on the back of Christian “Iy4knu” Manaog’s Karrie, but it was not enough as Blacklist International secured a game-clinching five-man wipe entering the 18-minute mark to end the match.

Blacklist International will face Nexplay EVOS next on Saturday at 2:00 PM while RSG PH will square off against the skidding TNC on Friday at 8:00 PM.