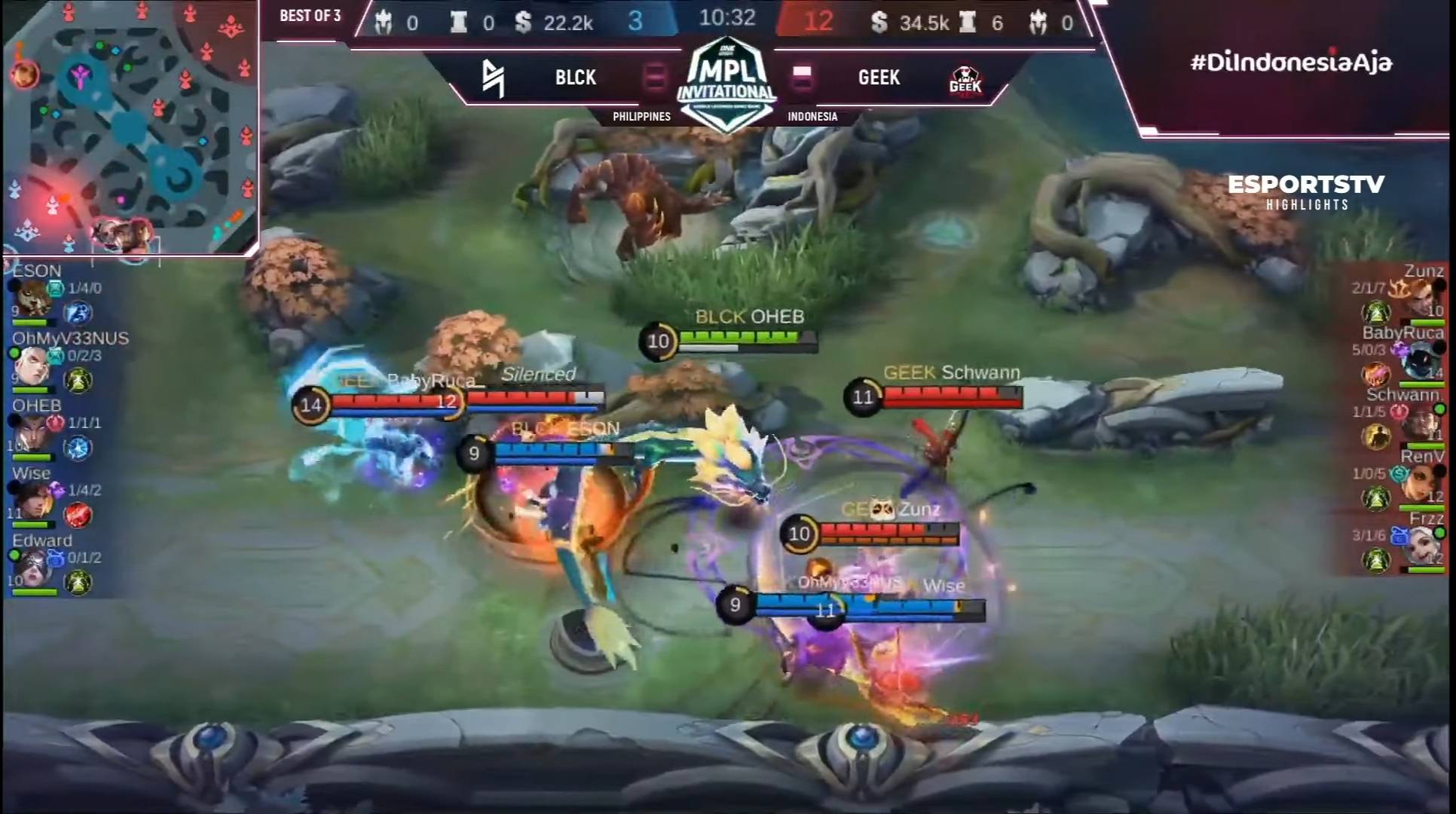 The Tier One-backed squad was manhandled by Geek Fam Indonesia in the second round of the tournament via a 0-2 sweep.

The aggressive play from Zunz (Hilda) early in the game proved to be the downfall of Blacklist International as Wise could not get the space he needed to farm.

Geek Fam also contained Edward at the bottom lane, pushing out the first and second turrets entering just the five-minute mark of the game to put up a 4,000 gold advantage.

Blacklist International could not come back from there, ending their dream run in the MPLI.

On the other hand, BabyRuca spearheaded Geek Fam Indonesia with a clean kill-death-assist ally of 5-0-6.

Geek Fam Indonesia will be going up against MPL-MY/SG champion Todak on Saturday at 11:00 a.m.