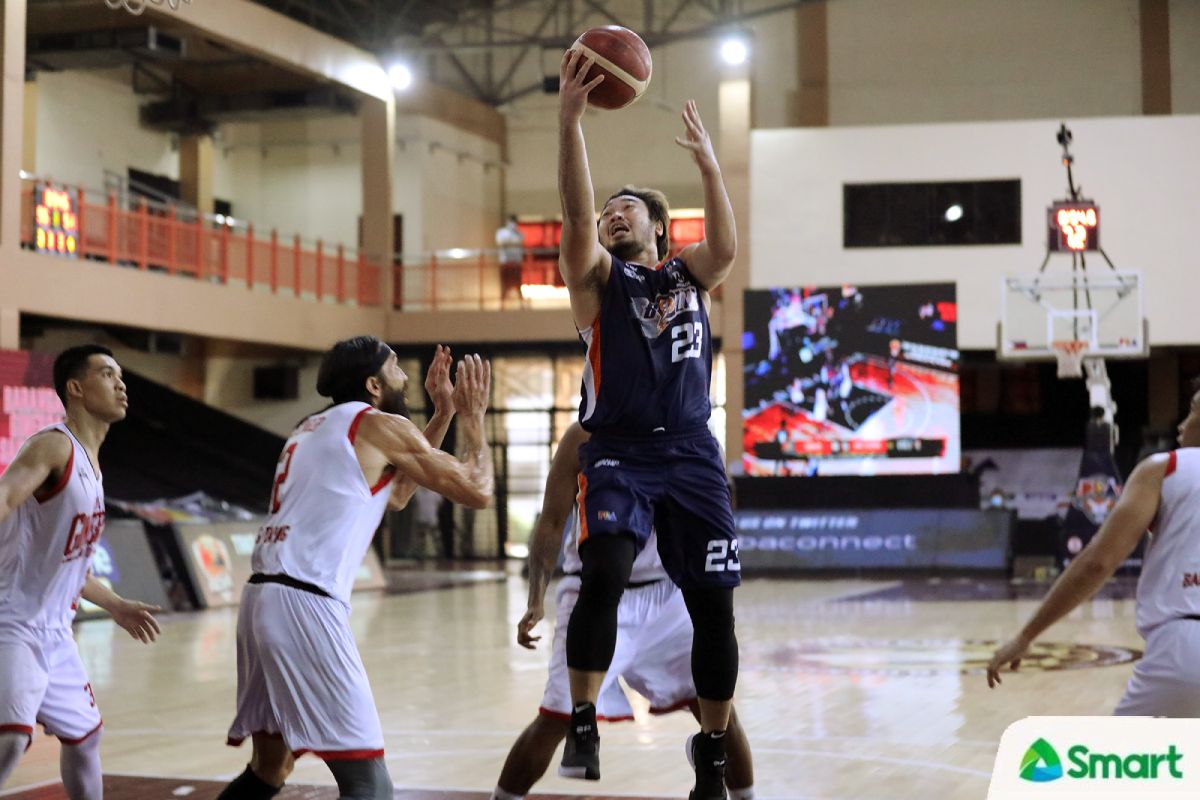 Meralco head coach Norman Black lauded the confidence exuded by rookie Alvin Pasaol, which has translated well on the court.

The burly forward on Thursday showed up against reigning PBA Honda Philippine Cup champions Barangay Ginebra San Miguel. And he was indeed a key figure behind the Bolts’ wire-to-wire 79-66 conquest of their long-time tormentors.

He scored 13 points in the first half, which saw him bury three three-pointers to help his side to a 47-32 advantage at the turn.

The former Chooks-to-Go Pilipinas 3×3 star went on to finish as one of his team’s top scorers with 15 points on a 50-percent clip. He also collected seven rebounds and two assists in over 16 minutes of play off the bench.

“I said it when we drafted him: the guy can score,” said the champion mentor after the match at DHVSU Gym. “He can flat-out score – he can score against just about anybody.

“He has built-in confidence that all players don’t have.”

Pasaol’s outing came just a day after posting his conference-high 17 points in the Bolts’ 104-101 squeaker past NLEX.

Thursday marked the fourth time this conference that the ninth overall pick finished in double figures. And the multi-titled bench tactician expects him to get even better as the tournament goes along.

“He’s just a very confident kid. He has not really been playing that many minutes, so I think you know the future for Alvin is quite, quite bright,” said Black as Pasaol is now averaging 7.9 points and 3.8 rebounds.

“And his performance with the team, I’m sure, will get better as he gets more minutes and more playing time.”