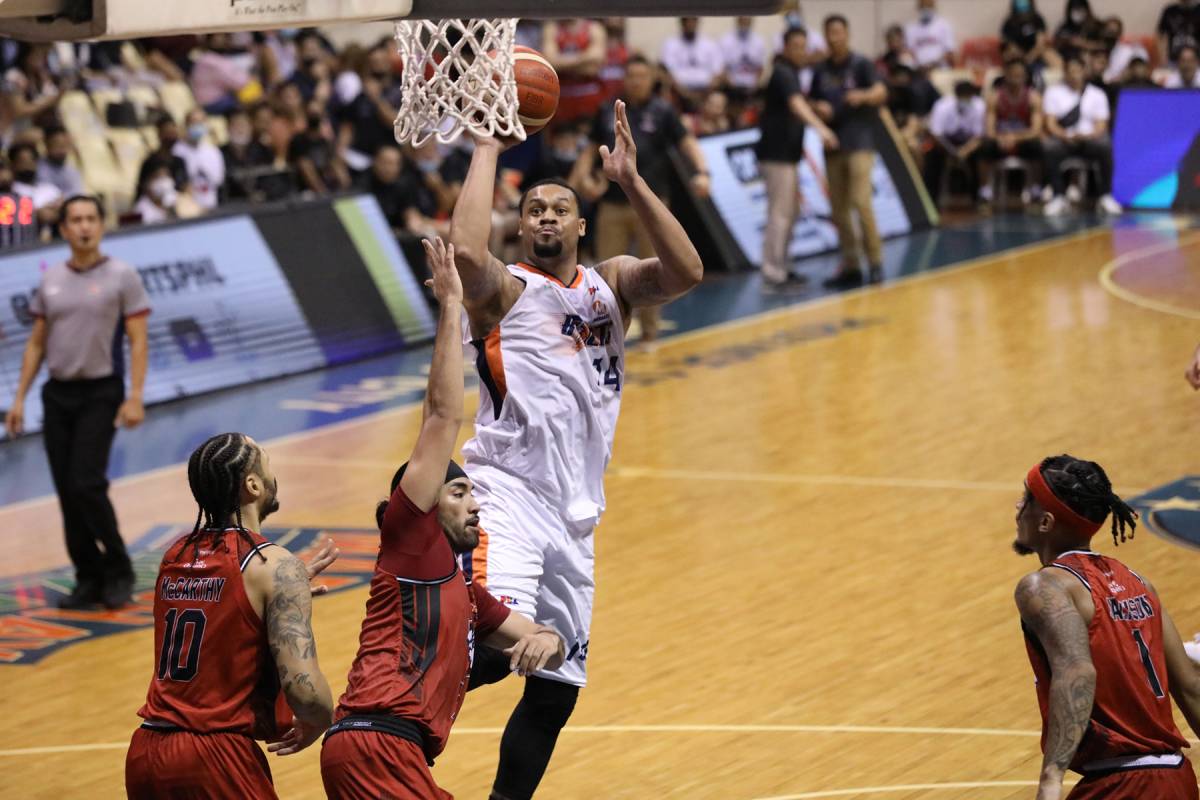 ANTIPOLO – The gamble is paying off.

Meralco’s decision to tap KJ McDaniels for the rest of its PBA Commissioner’s Cup campaign has yielded a twin set of victories following a gritty 102-98 overtime escape versus Blackwater on Friday night at the Ynares Center here.

It was the first time in the ongoing mid-season joust that the Bolts posted back-to-back wins, indeed an indication that things are changing for the better for a team that started out with only one win in its first five assignments.

And definitely, they have the ex-NBA cager to thank for. After Friday’s win, he’s now averaging 28.5 points, 12.0 rebounds, 2.0 assists, and 1.5 assists — all that even if he’s gone up against imports about four or five inches taller than him.

All that while working his way back into shape.

“He’s not in great shape right now because when we called him over, he’s not actually playing so it’s like he’s playing himself to get in shape. We expect him to get better as we go along,” said head coach Norman Black.

“But he’s just a very smart player, a very solid player,” he added. “Players have a lot of confidence in him so that’s why we have uplifted our level of play in these last couple of games, even if it’s very difficult.”

Meralco has now improved to 3-5 in the standings, meaning that they have also kept their playoff aspirations very much alive. The champion bench tactician, however, refuses to look too far ahead, for the road remains long.

After Blackwater, the Bolts will face a bevy of contenders in their final elimination round assignments — TNT, Magnolia, NLEX, and San Miguel Beer in that order. So, Black remaining on an even keel is definitely understandable.

“I still think we’re still far from being in playoff contention right now,” he offered. “So, it’s gonna be a difficult road for us. But at the same time, we’ve given ourselves a chance. A fighting chance.”

All that Black wants, really, is to see his men play well. Simple as that.

“I just want us to play good basketball,” he said. “I just look at some of the teams in the league and they’re really playing good basketball, offensively and defensively, so we wanna match that play.

“We did a pretty decent job against the Bay Area team. Tonight, I thought we played in spurts. We were good in some parts of the games and in other parts we didn’t look very good so we just want to keep improving.”