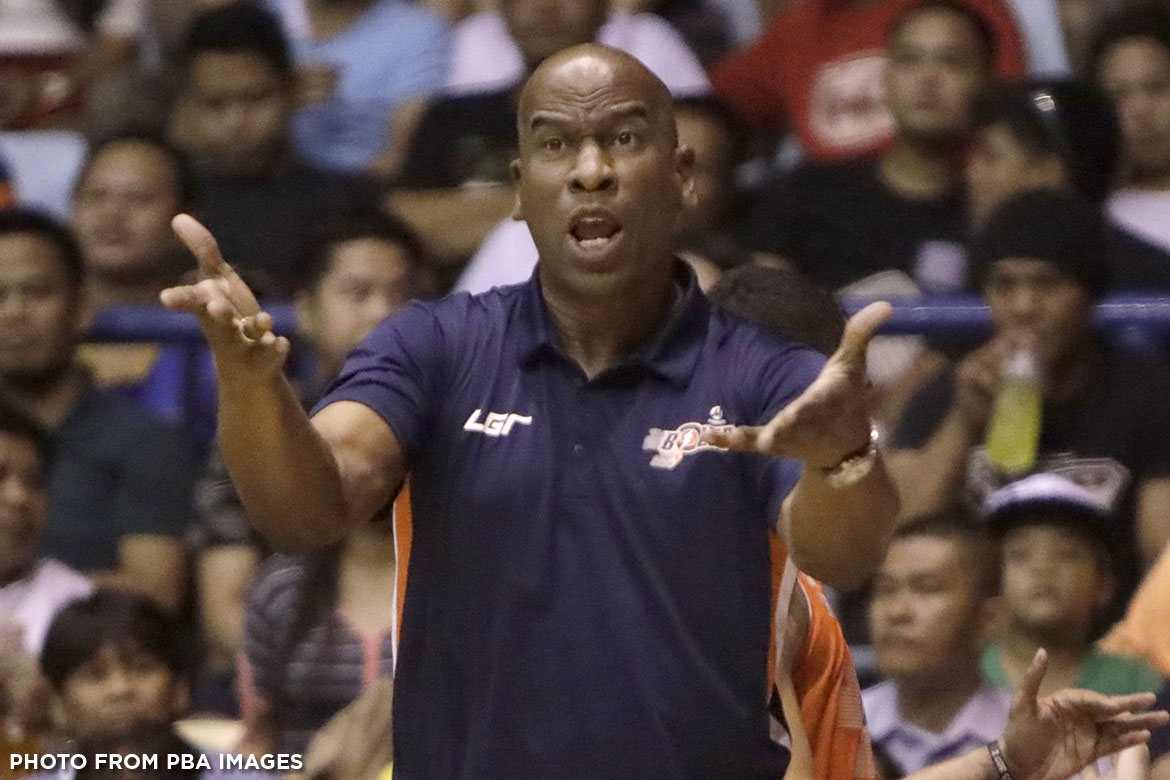 Sunday night proved to be a bitter one for the Meralco Bolts. Aside from losing to Barangay Ginebra by a hair’s breadth — and marking their third straight defeat — their hopes of a top two finish for the playoffs have vanished.

But head coach Norman Black has nothing to be ashamed of despite the stinging setback.

“It was a hard-fought game,” said the 59-year-old mentor moments after their 90-89 decision at the Ynares Center in Antipolo City. “I thought both teams played really well, both teams played enough to win the game.

“Naturally I’m pretty happy with the way we performed tonight.”

Indeed, there was no reason for gloom to cloud the Bolts’ locker room. They gave the Barangay a hard time all throughout the bout with their grit-and-grind approach, only to fall short at the end due to lapses on both ends.

“We played really hard tonight and all of my players gave the effort,” lauded Black of his team.

The loss may have shoved them away from the top two picture, but being bound for the playoffs is what maters. They might even face fourth-seeded TNT Katropa in the next round, and Black looks forward to that bout if ever they face their sister team.

“We probably would face TNT so we [will] just sit down and figure out what they do offensively and defensively. We just have to prepare for them. That’s who we’re expecting to play,” said the eight time PBA champion coach.