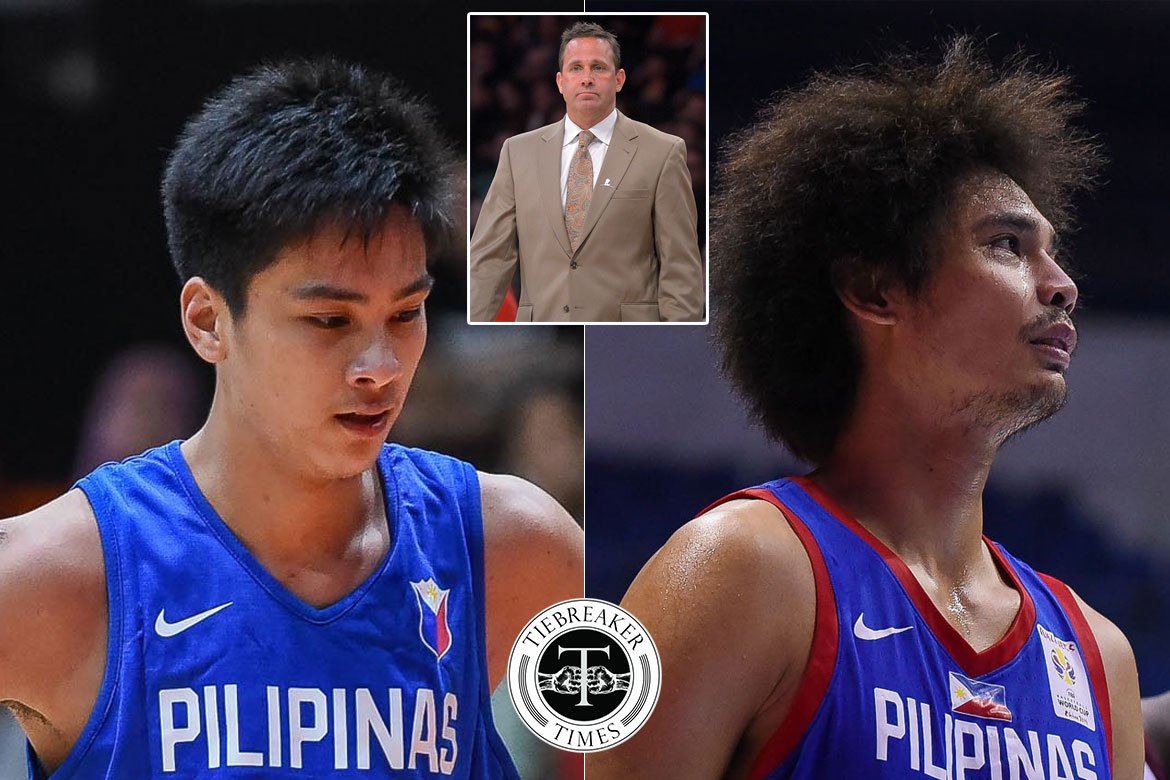 Kai Sotto may be the first-ever homegrown Filipino to play in the National Basketball Association.

“Kai may be your first. He may be the first Filipino,” he said in the Zoom seminar organized by his former assistant Ariel Vanguardia, in partnership with the Blackwater Elite.

Sotto is currently in the United States honing his skills with the Atlanta-based The Skill Factory. He has recently caught the attention of NCAA D1 schools such as Kentucky, Auburn, and Georgia Tech.

The four-star recruit took part in the Basketball Without Borders camp last February. And reportedly, he’s being eyed as part of the NBA G-League Select program that has Fil-Am Jalen Green.

Bayno shared that he had learned about the former Ateneo Blue Eaglet when TNT active consultant Mark Dickel called him last year and told him that Sotto was coming over to the US.

He then discovered that among the coaches helping Sotto is a high school teammate of Nick Nurse, the coach who steered the Toronto Raptors to their first NBA championship last year.

Bayno and Nurse were both assistants with the Raptors for two years before the former left due to health issues.

So based on the information he has been receiving, Bayno said that Sotto has the skill set to make it to the NBA.

“The scouting report I get from Kai is he’s still young, he needs to get tougher, he needs to be a little bit more aggressive, which is normal for any kid that age. But he has the skill set already.

“He has an NBA skill set in that he can shoot and pass for a seven-foot kid,” Bayno explained. “So hopefully, he’s training on the other stuff and how physical the NBA game is.”

As he was discussing Sotto, the 57-year-old Bayno suddenly remembered what he had said back in 2001, that there will eventually be an NBA player hailing from the Philippines.

The veteran tactician made the comment when he had the opportunity to work with a young Japeth Aguilar during his Ateneo days. Then, he had seen Aguilar’s potential to make it to the Association.

“I can remember saying that back in 2001 that eventually, there’s an NBA player coming from the Philippines. It’s just a matter of time. At the time, there was Japeth,” Bayno recalled.

“Japeth was a young kid I worked with him in Ateneo and he was six-foot-eight, long, and had an NBA body.”

Aguilar had also tried his luck in the NBA. He first pursued that dream by joining NCAA D1 school Western Kentucky University as a junior, where he played from 2007-09.

After his stint with the Hilltoppers and a few tryouts, Aguilar returned to the country and joined the Smart Gilas Pilipinas program that was then under Serbian coach Rajko Toroman.

He still pursued the NBA dream in 2012 after his Gilas stint, and came close when he was drafted 109th overall by the Santa Cruz Warriors in the NBA G-League, but he was cut shortly after.

Aguilar went back home and eventually ended up with Barangay Ginebra, where he is blossoming into a star. He recently led the Gin Kings to the 2019 Governors’ Cup crown, earning Finals MVP honors.

For Bayno, Aguilar could have made it to the NBA had he been exposed to the USA’s level of play earlier in his career.

“If he were born and raised in the US playing against the best players every summer and in high school, it might have sped up his development,” said Bayno, who’s been coaching for over 30 years.

“And I know he’s got a really good career over there, but he was the first kid that I saw.”

Now, it is Sotto aspiring to realize the dream of being the first Filipino to make it to the NBA, bringing with him the hope of an entire nation. And Bayno hopes to see that happen.

“But let’s hope he’s the first one. If he’s not, I think there’s someone coming down the line. You’re gonna have a Filipino NBA player here soon. I really believe that,” Bayno said.