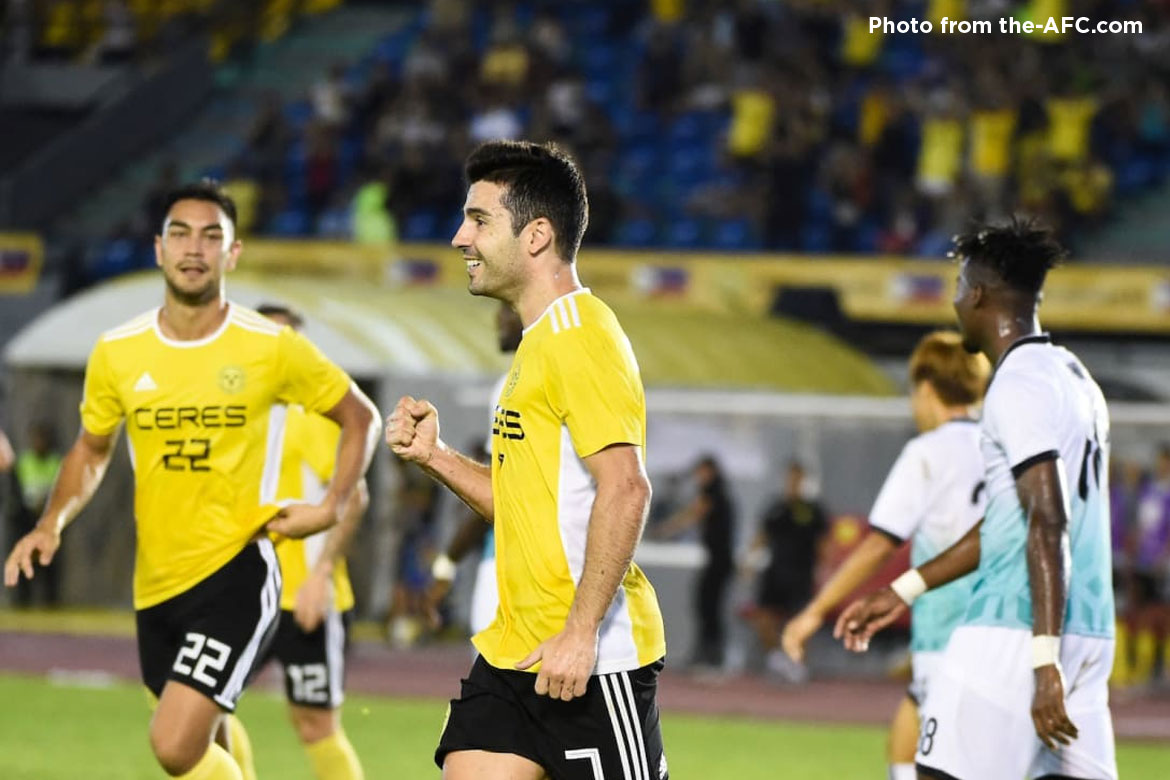 Bienvenido Maranon’s two goals was the platform Ceres needed for a 4-2 victory over Myanmar side Yangon United in the first leg of the ASEAN Zonal semi-finals at the Panaad Stadium in Bacolod City.

Such was the 2017 ASEAN Zonal Champions’ dominance that they reached a three-goal cushion by the end of the first half. Maranon scored his first goal of the match at the 29th minute when he eluded the away side’s offside trap and unleashed an incredible chip above goalkeeper San Sat Naing for the opener.

Maranon’s first strike of the evening was an appetizer for the 4,986 fans in attendance. Mike Ott almost got into the scoring act when his long shot prompted a fine save from Sat Naing, only for Patrick Reichelt to tap the ball in at the 33rd minute. Maranon then scored his second goal of the evening at the stroke of halftime from close range.

With a 3-0 edge, Ceres was on cruise control of not only the game but also the tie itself. However, it was not only Maranon whose feet were on fire that evening but also former Global striker Sekou Sylla. Sylla unleashed a powerful shot past goalkeeper Toni Doblas at the 55th minute to and Yangon a lifeline in the contest.

Ceres retaliated thanks to Super Herrera’s header off Manuel Ott’s corner at the 63rd minute yet it was Yangon who would have the last laugh of the match. Sylla struck once again for the Burmese club seven minutes from time with another fine strike to give the home side something to ponder on for both sides’ next clash.

Ultimately, it was Ceres’ evening to enjoy and the Busmen will look forward to wrapping up a ticket to the ASEAN Zonal Finals at Yangon United’s expense next May 16, 5:00 PM at the Thuwanna YTC Stadium in Yangon.