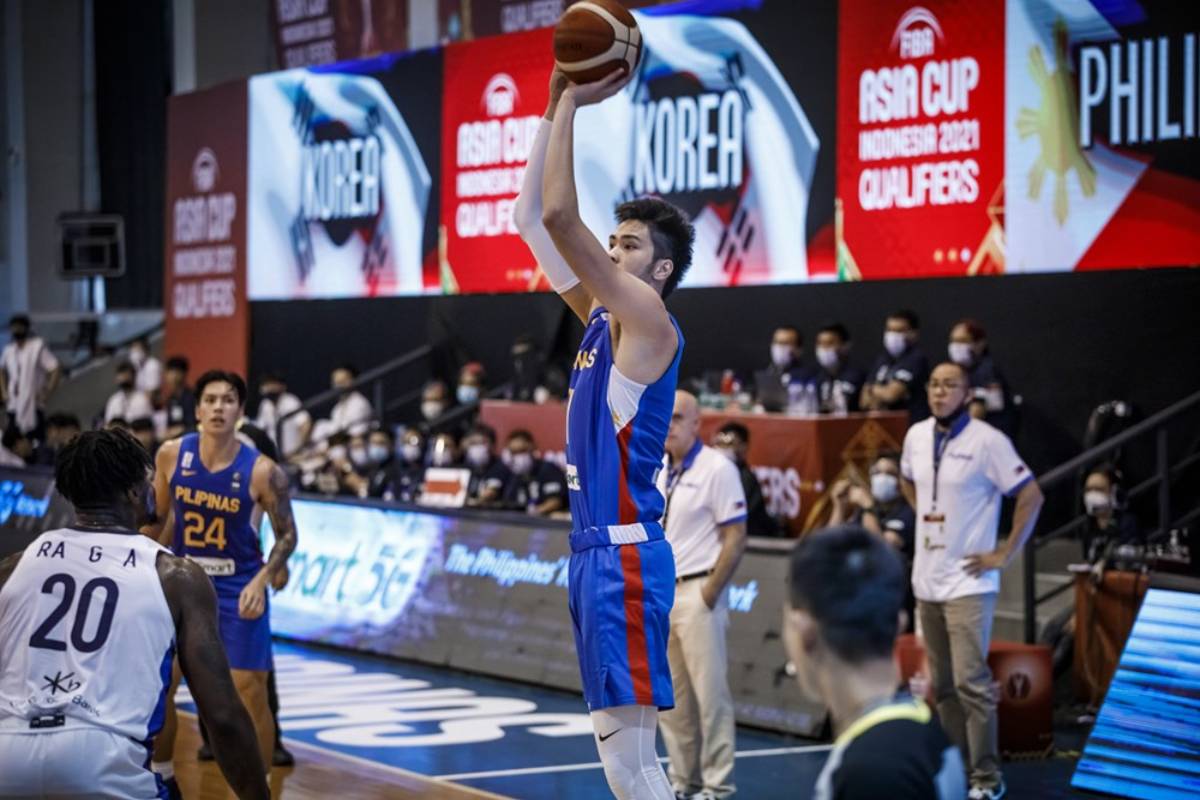 The 19-year-old played in all of the Filipino dribblers’ three games in the Clark bubble. And he made a mark in his seniors’ debut with averages of 9.3 points, 7.0 rebounds, and 1.3 assists in 18.9 minutes.

His double-digit performances all came in their two victories over rivals South Korea. He produced 11 markers in the Nationals’ thrilling 81-78 escape on opening day; then scored 10 in their 82-77 conquest Sunday.

“I’m really impressed with how tough he is. I did not expect that,” expressed the decorated bench tactician.

Still, Baldwin believes the 7-foot-3 slotman has more to learn. Sotto only rejoined Gilas just days before the Qualifiers’ window since he had to clear quarantine protocols after flying from the United States.

“Kai is definitely finding his way at this level. He’s a young kid who has not played a lot of elite-level basketball; and probably most of the athletes he has played in are in the States, where the physicality of the game is very different,” he offered.

“Kai has to learn more about his finesse game, and I think that he is trying to have a power game but he is not a power player yet. But it’s good that he has that mentality and that toughness.”

But the American-Kiwi mentor thinks that Sotto will get there, owing to the NBL-bound cager’s spirit and, most importantly, wits.

“Individually and system-wise, he is still learning — but what a smart kid. He picks things up really fast. His competitive spirit is admirable. He fits in the team really well and he enjoys being with us,” he said.

Baldwin is confident, too, that the second-generation will continue to have that kind of competitiveness when Gilas takes on some of the world’s best in Serbia and the Dominican Republic in the FIBA Olympic qualifiers next week.

“I think for all the players, going up against Serbia and the Dominican Republic will be a huge experience. It’s like going from high school to getting a master’s degree or even a doctorate degree as we go over there to play these guys.

“Our job is to compete and try to compete, and I think that’s possible. I have no doubt that Kai will reflect that attitude,” he said.