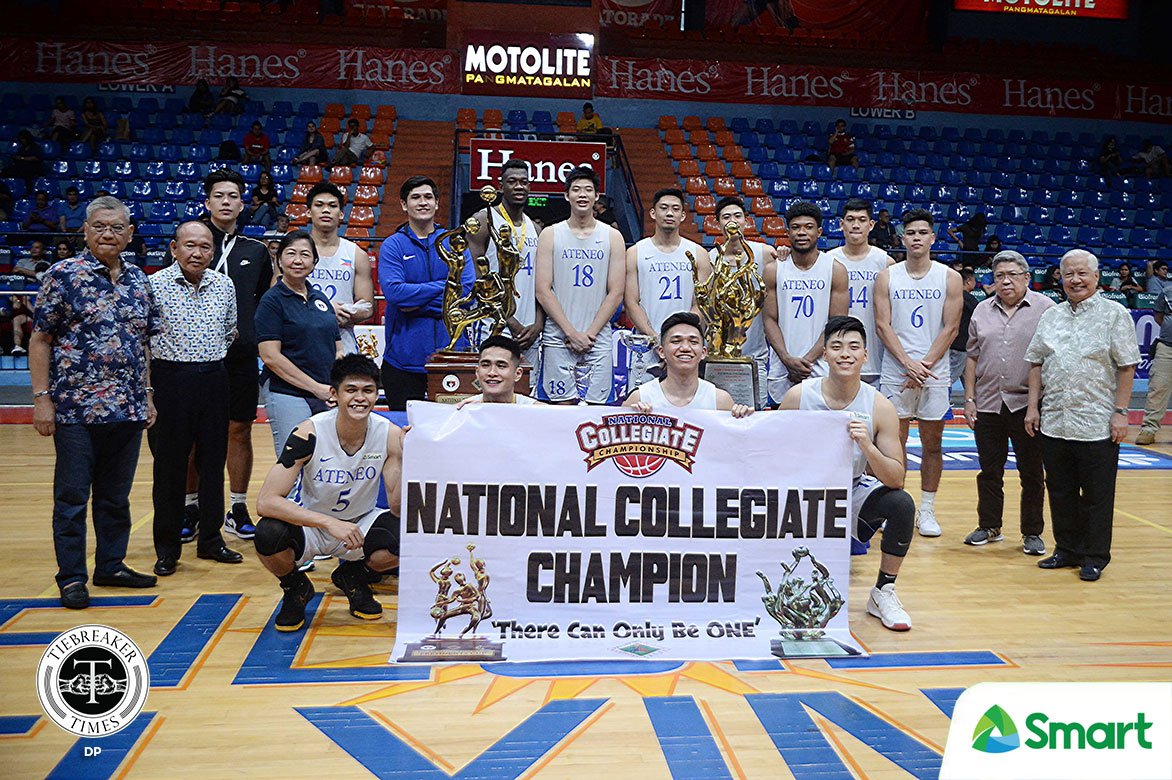 Down by a solitary point in the final frame, SJ Belangel and Ange Kouame joined hands in a blistering 10-0 rally to put up a 55-46 advantage with exactly two minutes left in the game.

That sealed the deal on the match. Will Navarro then hammered down the nails with a lay-in to seal the deal for Ateneo.

“It’s a reflection on how we work — the consistency of the work of the boys, the coaching staff and the management. If one’s not performing well, it won’t happen even at this early in the season,” said Ateneo assistant coach Gabby Severino.

Kouame had a field day for the Blue Eagles, posting a monster double-double of 17 points and 17 rebounds. Meanwhile, Troy Mallillin provided 11 points and five rebounds.

Belangel — who poured all of his 10 points in the fourth period — was named Finals MVP. He also tallied two assists, two rebounds, on top of three turnovers.

Ateneo missed the services of Dwight Ramos, who had an arm sling on his right arm. There is no information as of posting time regarding the extent of his injury.

On the other hand, Calvin Oftana paced San Beda with 14 points, six rebounds, and two steals.

No other player from the Red Lions reached the double-digit mark in scoring. Kenmark Cariño chipped in eight points, while Ralph Penuela added seven.

Belangel, Kouame, Oftana, and Penuela were all named into the Mythical Five alongside Lassina Coulibaly of the University of the Visayas.