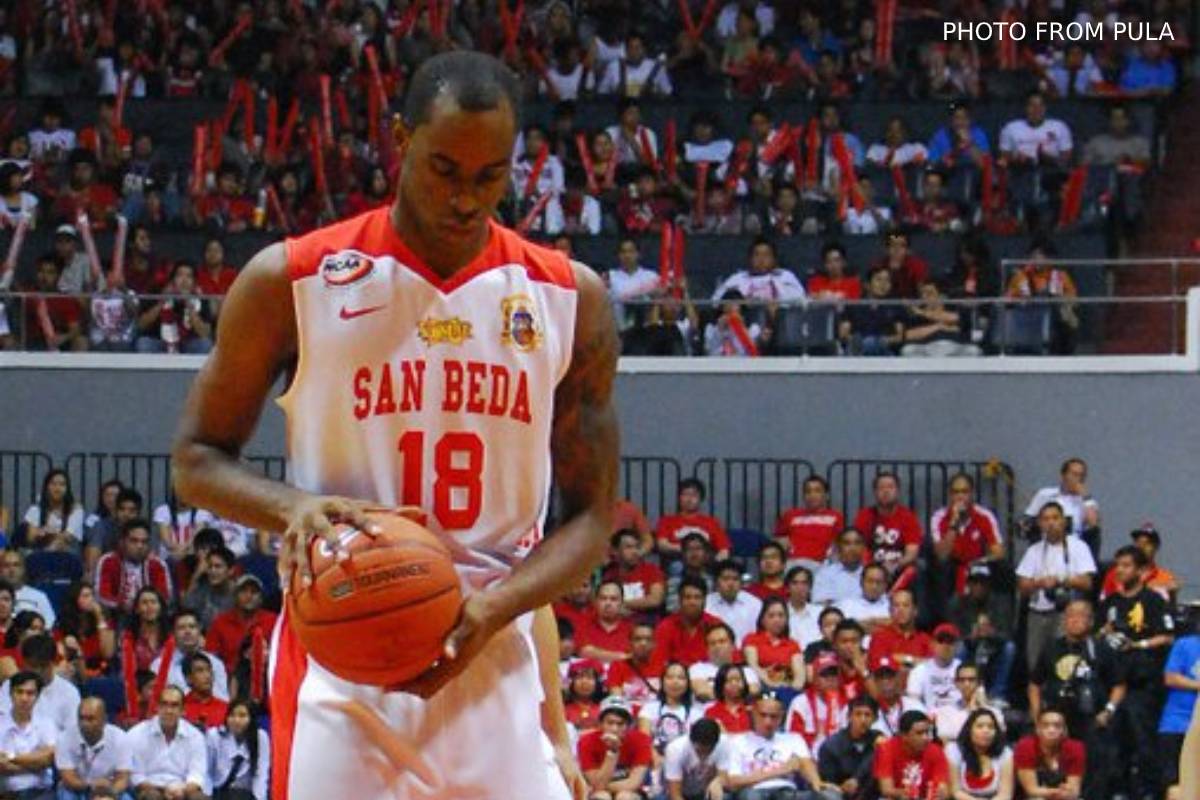 Only a select few have had the honor of having their jersey retired in varsity sports.

In San Beda, the only number that has been retired was the late great Caloy Loyzaga’s no. 14 — the greatest basketball player the country has produced. The ceremony was done post-humously last June 25, 2016 to open the NCAA Season 92 tournament.

But after the passing of Sudan Daniel last Saturday, the community is calling for another number to be retired — Daniel’s no. 18.

Despite playing just two years for San Beda, Daniel, who averaged 12.31 points, 10.32 rebounds, and 4.05 blocks per game during that span, and proved to be a game-changer.

After not being able to lead San Beda to the NCAA Season 85 championship, the 6-foot-7 athletic forward was a man on a mission in his second year, leading the Red Lions to an immaculate 18-0 season sweep while copping both Most Valuable Player and Defensive Player of the Year honors.

Though the feat of winning MVP and DPOY at the same season has been done before (Mapua’s Allwell Oraeme in Season 91 and 92), only Daniel has led his team to an unprecedented sweep.

“18-0 season with a championship has never been duplicated in the league since. We were also winning by an average of double digits during that time,” said prominent alumnus Ryu Policarpio.

“People think that it was served on a silver platter for Su, but it wasn’t. He had to work hard for his status as a revered Red Lion and at least shy away from the shadow of Sam Ekwe when he made it to Team A in 2009.

Sure, he made an impact in his first season with the Red Lions. He was a 6-foot-7 behemoth who had a knack for emphatically soaring to the rim that made the Bedan community, whether it was at the San Juan Arena or Araneta Coliseum, leap in exuberance.

He appeared to be unstoppable on the court, hearing statements such as ‘Import kasi.’ The narrative was soon forgotten when he crossed paths with the San Sebastian Stags that was led by PBA-bound Jimbo Aquino and their Pinatubo Trio. Aquino, Ian Sangalang, Ronald Pascual, and a young Calvin Abueva made Su a one-trick pony. Though he copped the Rookie of the Year in that season, it got a lot worse when the Stags swept the Red Lions in the finals and denied them for a fourth-straight NCAA crown.

It seemed that Su was just a big 21-year-old American who’s programmed to dunk the ball. All of a sudden it changed the year after. In 2009, he was Superboy. But in 2010, he became a full-blown Superman. And I mean it literally. His presence was overwhelming for every team that San Beda played that year. I lost count of the post-game interviews that Frankie Lim called him a monster for putting up big numbers.

Rightfully so, he reaped the fruits of his hard labor. Su steered San Beda to the Finals with a perfect 16-0 record in the elimination round, played a big role in sweeping the Stags in the finals with a thrice-to-beat advantage, and copped personal awards like the MVP honors, Defensive Player of the Year, and Finals MVP.”

Besides his on-court accolades, the American also gave back to the Philippines after graduating with a business degree.

Daniel became an executive for the Titan Group, the company behind the famed agency, SLAM Philippines Magazine, shoe stores, and barbershops.

He also decided to give back to the next generation by becoming a skills coach.

Besides this, he has also been a voice for not just foreign student-athletes but also every athlete that needed someone to push them.

“He was also very involved in the community. He was the ultimate Kuya to our then-new foreign student-athletes making their transition smoother and easier. Guys like Ola [Adeogun], Donald [Tankoua], Nunu [Noah], and Eugene [Toba] learned a lot from Su,” shared Policarpio.

“He was an above-average student and graduated in time. Made use of his degree to get a great job at Titan and later on becoming a host and trainer.”

For Icasiano, having Daniel’s number hang up in the rafters of St. Placid Sports Center is not just for sentimentality’s sake. It’s for the future Bedans to remember how an American was able to make a change in Philippine basketball.

“In 2010, I knew there and then that Su etched his name in the annals of San Beda basketball history. But by retiring his jersey, his legacy will forever be celebrated and remembered, even by the future generation of Bedans.”