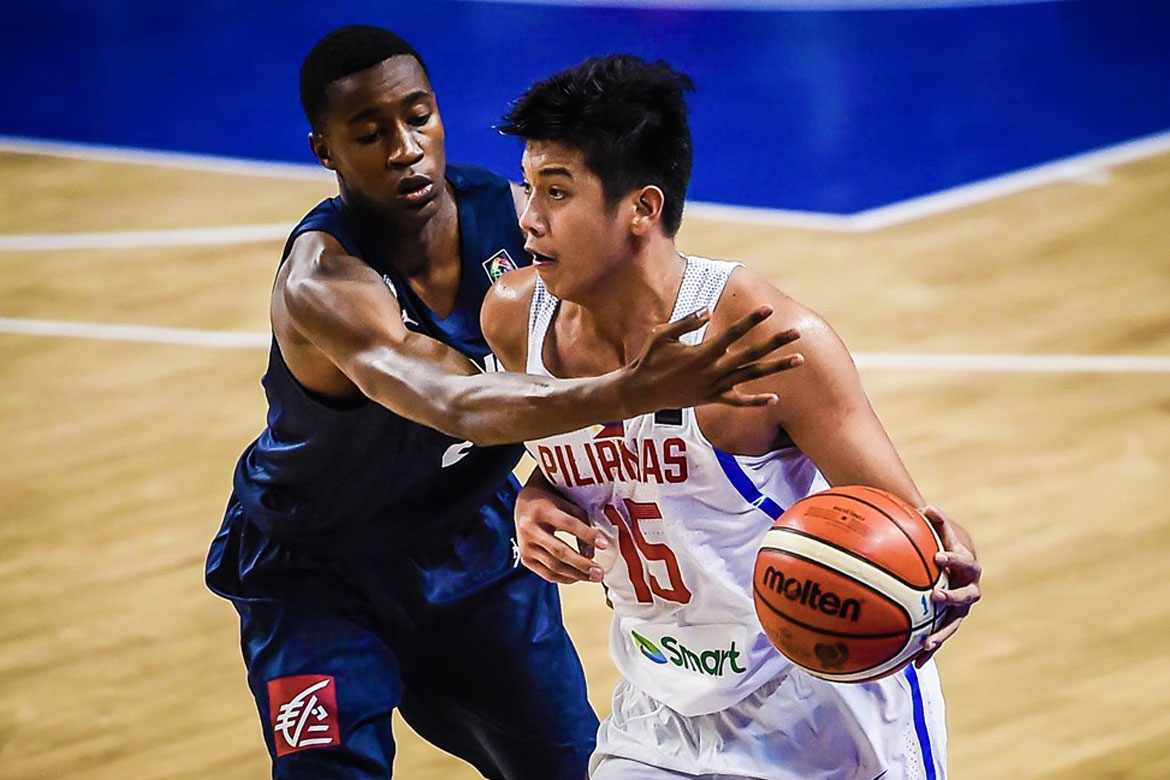 Despite getting much-needed production from Carl Tamayo and Gerry Abadiano, the Under-17 squad of Batang Gilas Pilipinas could not contain the superior France, falling 54-95, Monday morning (Philippine time) at the Newell’s Old Boys Gym in Rosario, Argentina.

This is the Philippines’ second loss in Group D of the 2018 FIBA U17 World Cup. France and Croatia are ahead with clean 2-0 sheets. Host Argentina also own a 0-2 record.

With Kai Sotto fighting off fouls all game long, it was Carl Tamayo who stepped up – finishing with 19 points and 10 rebounds. Gerry Abadiano – his fellow NU Bullpup, who was limited to just six points yesterday – had 17 markers.

However, not having Sotto on the floor proved to be the difference in the breakaway third frame.

With Sotto already assessed with his fourth foul, the French went on a scoring spree in the third frame while limiting Batang Gilas to just 13 points.

The lead would balloon to as high as 36 points, 87-51, after a Matthieu Gauzin jam with less than four minutes remaining in the contest. The final frame was a nightmare for the young Filipinos as they were stifled by the lanky French squad.

Sotto, who had 23 points and 12 rebounds against Croatia, finished with just seven points and six rebounds as he fouled out in the contest.

Batang Gilas will have a one-day break before taking on Argentina on Wednesday.