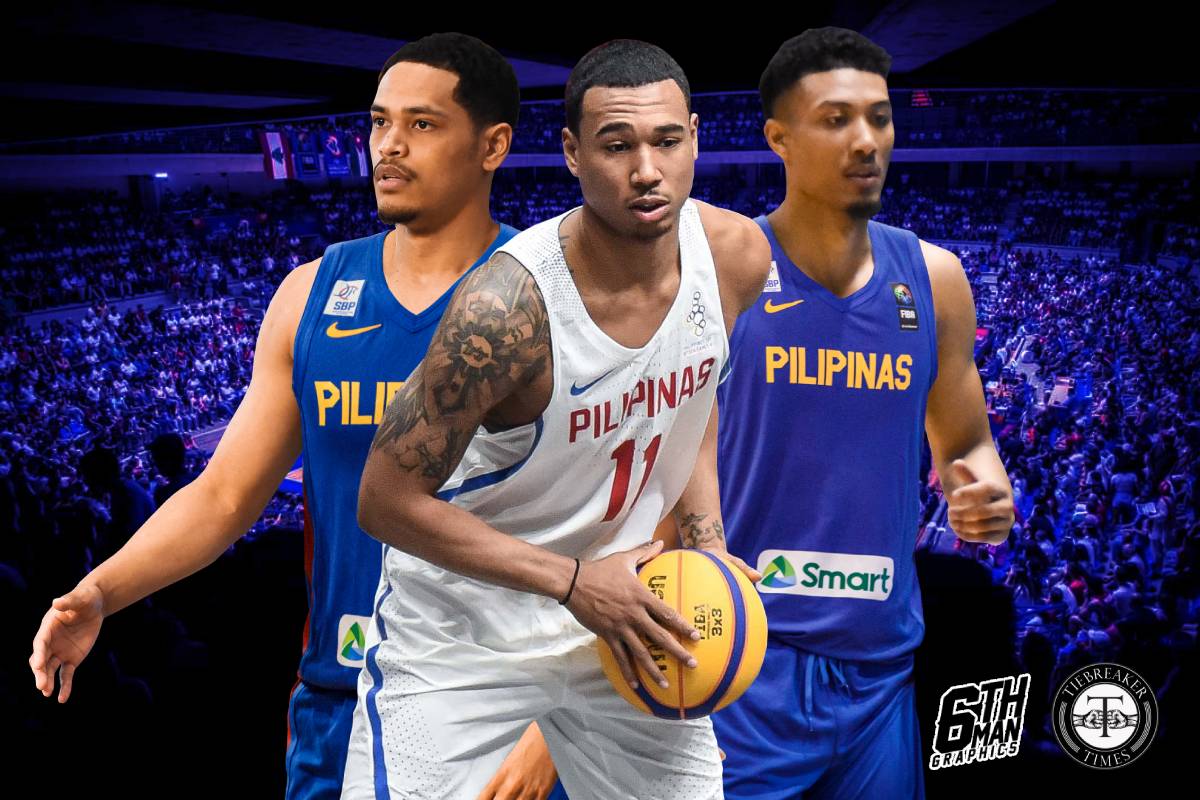 The Samahang Basketbol ng Pilipinas announced the 13 players that will fly to Lebanon to open the fourth window of the 2023 FIBA World Cup Asian Qualifiers on August 26 at 2:00AM (Manila time).

SBP spokesperson Sonny Barrios made the announcement in a special edition of the Philippine Sportswriters Association Forum on Monday.

The trio was recently cleared by FIBA to play as locals for Gilas.

Returning from the Asia Cup are Kiefer and Thirdy Ravena; Bobby Ray Parks; and Carl Tamayo.

Meanwhile, reigning PBA MVP Scottie Thompson will mark his return to the national team. The do-it-all Ginebra guard last played for Gilas back in the fifth window of the 2019 FIBA World Cup Asian Qualifiers.

Thompson’s teammate Japeth Aguilar will also join the team after being cleared from COVID-19. He last donned the Gilas jersey during the 2019 FIBA World Cup.

Calvin Oftana returns as well. He last played during the Manama window of the Asia Cup Qualifiers.

Finally, Jordan Clarkson will be the naturalized player of Gilas.

Head coach of Gilas is Chot Reyes and will be assisted by Tim Cone and Jong Uichico.

One player will be cut from the team. The Final 12 will be announced on the 24th.

“Ang deadline for the official lineup is a day before the game,” said Barrios.

“Ang strategy is to keep to yourself the final 12 until the last minute.”

The team flies out of the country tonight.