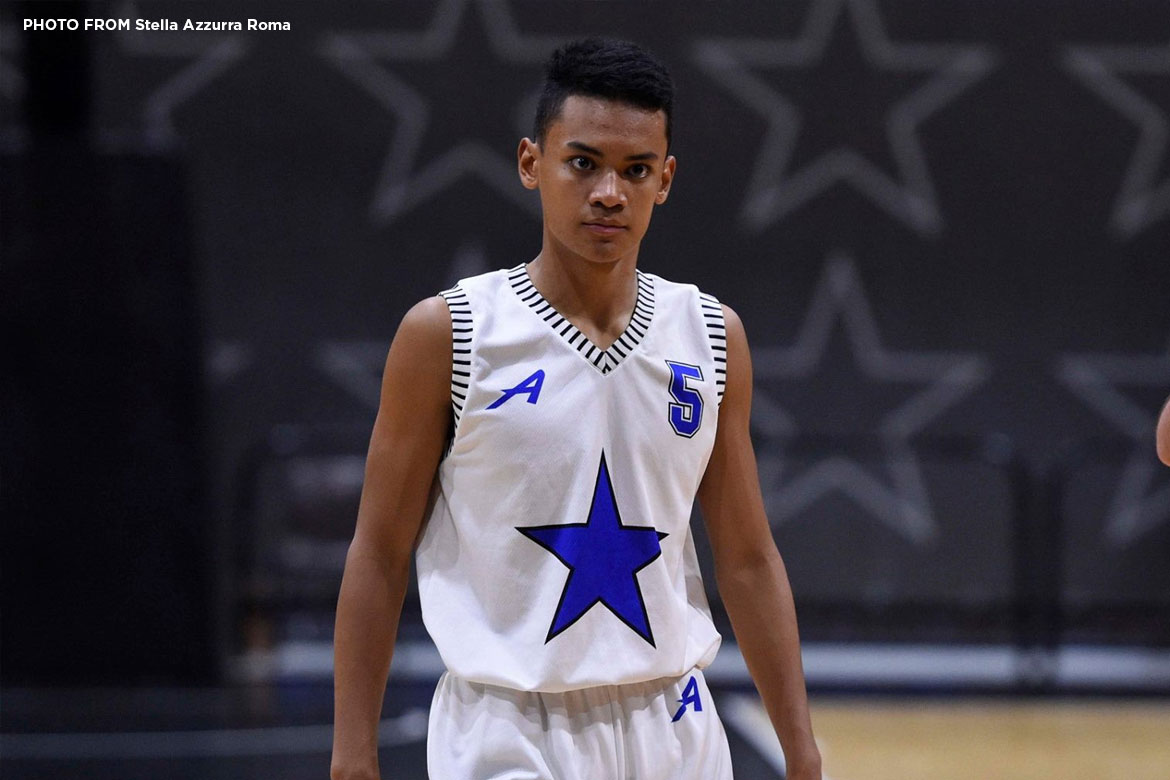 Dalph Panopio has trekked a long way back to his home country. Now that he’s here, he plans on staying.

The now-18 year old floor general was born in Rome, Italy to a Batangueño father and a Mindoreño monther.

Even at a young age, the 6-foot-1 guard has made a name for himself in Italy. Playing for Stellazzurra Basketball Academy ever since he was six years old, he was able to lead the squad to the U15 national title back in 2015.

But all the while he had Gilas on his mind.

That is why he did not hesitate to say “yes” when the Samahang Basketbol ng Pilipinas came calling for him to join the Under-18 squad of Batang Gilas for the Asian Championship.

Panopio, though, would be the first to admit that he an adjustment period to the style of play here in the Philippines.

“I think just the little things because the basketball here in the Philippines is different,” he shared.

The Filipino-Italian was able to get a head start on what a topflight Philippine team can bring to the table. According to multiple sources, Panopio was with the Ateneo de Manila University Blue Eagles during their camp in Greece.

Nothing is set in stone yet. Time is still on the side of the young buck as multiple schools are awaiting his decision.

But there is one certainty: Panopio is laser-focused with accomplishing one goal – helping end the country’s 40-year drought in the U19 World Cup.

“Yeah a little bit [pressure] because the other teams are good too but I think we’ll break that!”

Related Topics:2018 FIBA Under-18 Asian ChampionshipBatang GilasDalph Panopio
Up Next

Kevin Belingon puts it all on the line against Martin Nguyen