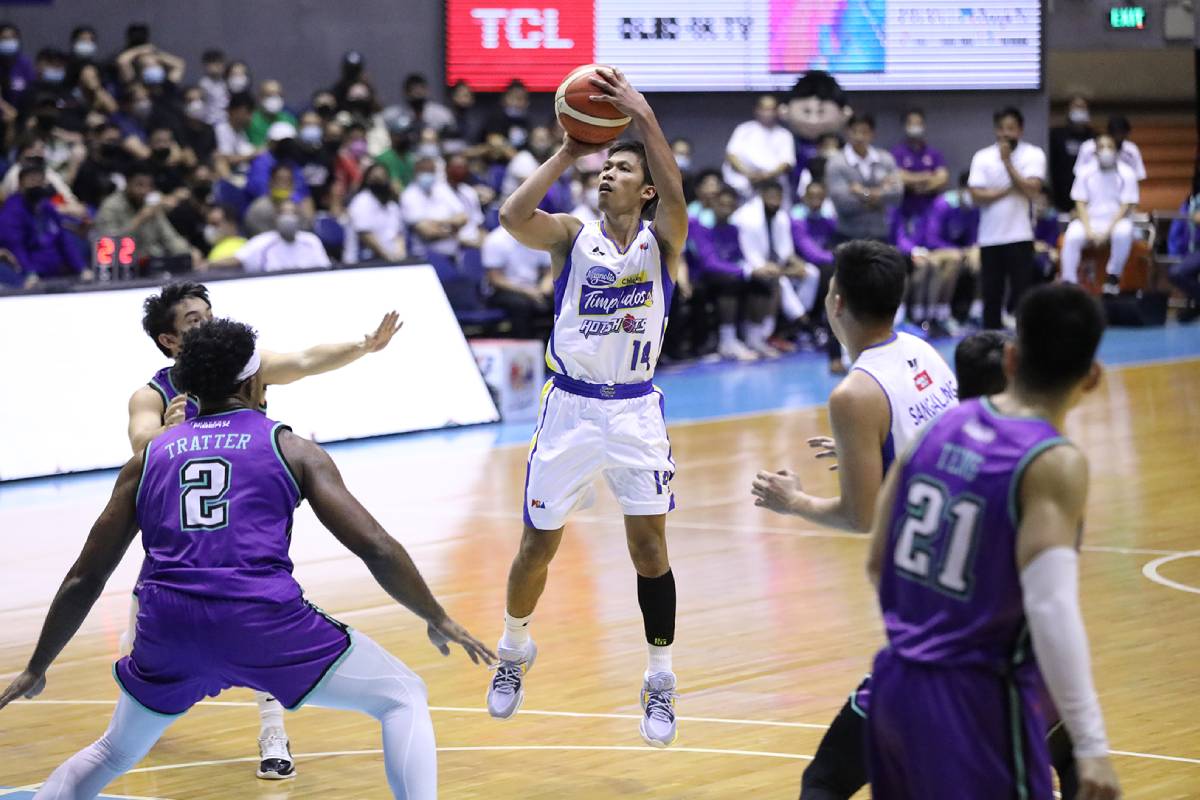 The very same resilience that has kept Mark Barroca from missing a single game since being drafted in 2011 manifested once more Saturday, when the 36-year-old veteran sustained a gnarly dislocation to his left pinky finger midway through the third quarter of Magnolia’s matchup against Converge.

Barroca was one of the central figures in the Hotshots’ 109-105 comeback win against the FiberXers, but there was a moment where he briefly looked like he was about to ride the bench the rest of the way.

At around the 6:35 mark, Barroca’s left hand briefly got entangled with import Nick Rakocevic as Magnolia defended a ghost screen action between RK Ilagan and Converge reinforcement Quincy Miller.

Barroca was seen clutching his left hand after Converge scored, though he managed to stay on the floor and even scored a baseline floater on the following possession before being subbed out.

It didn’t take long for Barroca to get back on the floor as he checked back in with 2:55 remaining in the third. A minute later, he hit a triple — the last points of a quarter where he scored 11 of his 19 points to help Magnolia get some momentum heading into the fourth quarter.

The Hotshots later pulled off a comeback from 14 down to claim their second win of the 2022-23 PBA Commissioner’s Cup — and Barroca certainly played no small role.

From a certain lens, you can even say Barroca’s fortitude reflected itself in the way Magnolia stormed back. After being handily outplayed through the middle quarters and with Rakoevic — who dropped a sweet 45-point, 25-rebound line in his PBA debut — struggling for most of the match, the Hotshots looked dead in the water, headed for their first loss of the conference.

#ReadMore  Jeron makes the call to coach Chot, plans to tryout for Gilas

But Magnolia stayed steady. Rakocevic, Jio Jalalon, Paul Lee and Aris Dionisio dropped 32 of the Hotshots’ 38 fourth quarter points as coach Chito Victolero deployed the quartet along with Barroca for large stretches to help power the comeback and, later on, fend Converge’s attempts at turning the tables yet again.

“And then we tried to play small in the fourth quarter para yung pace ng laro mapunta sa amin. Buti nag-click naman yun. We tried Aris at the four spot, and then the three-guard rotation (of Jalalon, Barroca and Lee),” he continued.

Barroca, for his part, is relieved that Magnolia managed to pull it off by relying on a team-wide effort this time around, especially with Rakocevic — who only came alive by putting up nine of his 21 in the fourth — struggling for the most part

Six players scored in double-digits this time as opposed to the first game, where Rakocevic scored almost half of the team’s points as only two others breached double-digit scoring.

This win over Converge is not only a reflection of the grit by Barroca and Magnolia; Victolero says it’s also a fitting reward for a team that was expected to huff and puff and sustain some bruises against a FiberXers team that has a penchant for playing in the fast lane.