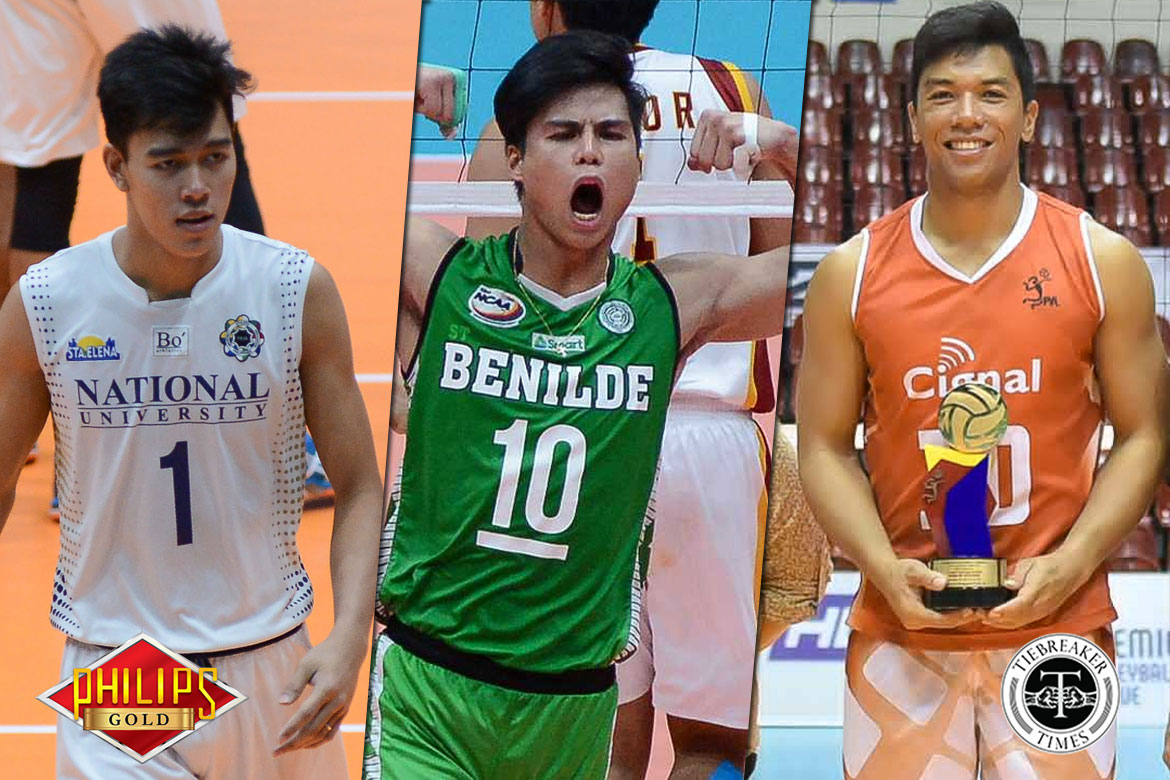 Assigned to be team captain months before the final roster was announced, John Vic De Guzman, alongside powerful hitter Mark Alfafara and late addition to the pool Bryan Bagunas, headline the final 12-man roster for the Philippine Team that will compete in the 2017 SEA Games in Malaysia from August 19-30, 2017.

De Guzman, who led the College of Saint Benilde Blazers to the NCAA Season 92 title, has been the team’s willing and vocal leader since being named captain last April. Aside from leadership, De Guzman will bring his high-leaping ability and scoring when the Men’s team seeks their first medal since scoring bronze in the 2005 SEA Games in Manila.

Towering open hitter Bryan Bagunas, on the other hand, was not in the initial 25-man pool announced last March. But the National University standout made waves after blowing away the competition in the Clash of Heroes charity event last month.

Meanwhile, one of the most awarded UAAP players in history, Mark Alafara will finally play for the Philippines after issues outside the volleyball court prevented him from participating in the 2015 SEA Games.

FEU open hitter Peter Quiel and towering John Edward Carascal made the the squad as reserves.

Bagunas explodes for 29 as Oita snaps nine-game skid in V.League

Filipino superstar Bryan Bagunas and Oita Miyoshi have put an end to their nine-game losing skid, Saturday.  Weisse Adler got one back over VC...

Bagunas snaps out of funk as Oita dealt ninth straight loss in V.League

Filipino import Bryan Bagunas and his Oita Miyoshi could not repeat their early February wonders against VC Nagano. The Tridents handed Weisse Adler their...